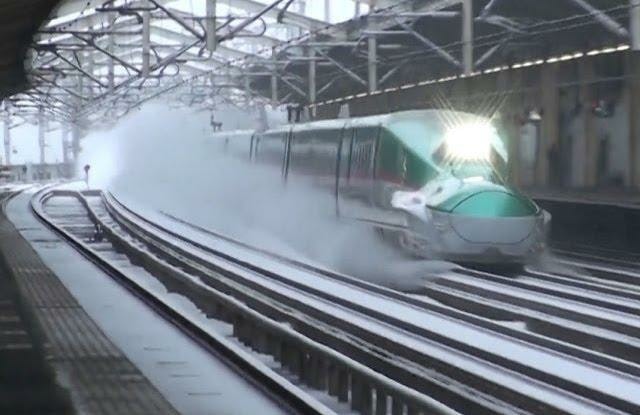 This video is titled "E5 Series Hayabusa Cutting Through the Snow at Koriyama Station - 60 fps Version" (雪をも切り裂く郡山駅でのE5系はやぶさ通過 60fpsバージョン). It was released by "YUSETSUMAN TRAIN VIDEOS."

This is a video of the E5 Hayabusa cutting through snow at Koriyama station.

The Tohoku Shinkansen E5 Series Hayabusa is a 10-car shinkansen that went into service in March 2011.
It attracted nationwide attention when it debuted with the highest domestic operating speed of 300 km/h and introduced the industry's first Grand Class train.

This is a 60fps video that is made up of twice as many still images per second, so even the snowflakes look smooth.