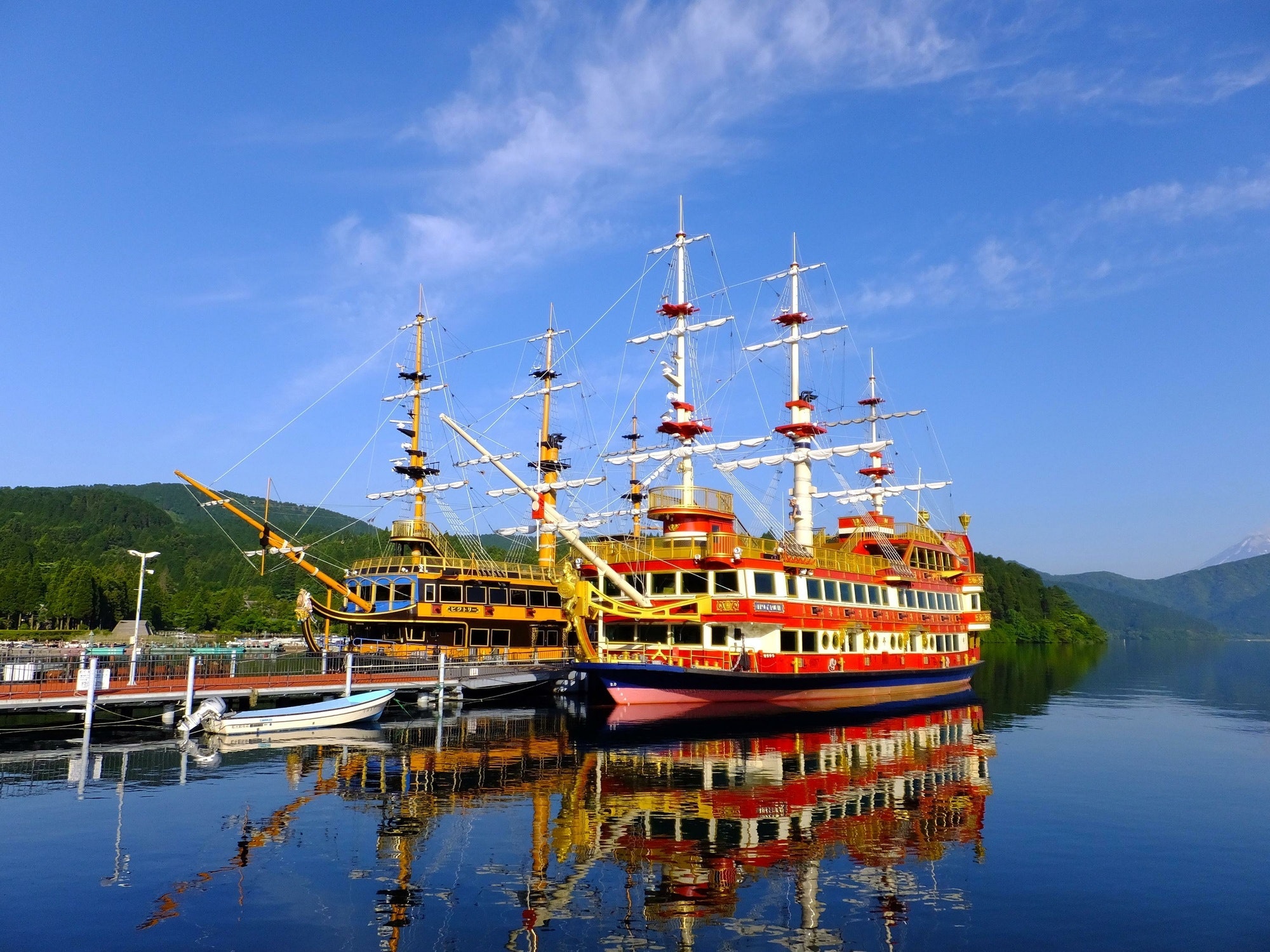 This time we'll be introducing the construction process of the Queen Ashinoko. The video "Queen Ashinoko's Construction From Start to Finish" (クイーン芦ノ湖」の製造過程動画「クイーン芦ノ湖ができるまで」), was released by "Hakone Pirate Ship Hakone Sightseeing Cruise (Official)." The Queen Ashinoko is the 3rd pirate ship that is in service on Hakone's largest lake, Lake Ashinoko.

Hakone is a hot spring resort area representing East Japan, and the area is full of tourists year round.
However, the appeal of Hakone is not just the hot springs.
Going for a cruise on Lake Ashinoko is also one of the major attractions of sightseeing in Hakone, and, as shown in the footage, in 2019, the 3rd pirate ship "Queen Ashinoko" went into service.
It has a gleaming golden hull and the design, with its luxurious and classic interior using wood, has become widely talked about and is already very popular.
You can see the appearance of the beautiful hull at 4:57 during its commencement ceremony.

The Queen Ashinoko was named after a pirate ship, and was designed as a tourist ship of luxury and elegance, with the concept of "from a ship that fights to a ship that prays for peace..."On the bow is a statue of Nike of Samothrace, which is exhibited at the Louvre Museum. It is designed as a luxurious and elegant sightseeing ship.
In order to make use of the classical design as a pirate ship, Dawn Design Institute was asked to undertake the basic design; and as shown at 0:35 in the video, Mr. Eiji Mitooka, who served as the industrial designer, says that he was very particular about pursuing a sense of fun, comfort, and luxuriousness from the customer’s point of view.

Building the Pirate Ship and How It Was Transported

Well actually, the basic manufacturing of the frame and exterior was done at the shipyard, and then the hull was disassembled into 10 blocks and transported to Hakone by land.
You can see the transport at 1:30 in the video.

After being transported to Hakone in a large trailer, the Queen Ashinoko was assembled at the owner's company's dock, and then the finishing touches of painting and interior work were done, and finally it was completed.
The actual assembly process is shown at 2:37 in the video.
You can see that the entire process, including the golden paint job, is carried out by shipbuilding specialists.
The wooden interior design was designed by computer and laser engraved for a beautiful finish.
Queen Ashinoko is the first ship in Japan to have a laser-engraved interior design using computer graphics.

The Launch Ceremony in April 2019!

Watching the launch ceremony for a ship is quite an awesome experience. You can see a shiny new ship entering the water at Togendai Port at around 4:00 in the video, and there are scenes of many people celebrating at the inauguration ceremony and actual passengers on board at the time of the launch.

Summary of the Queen Ashinoko

The tour course of the Hakone pirate ships (Royal II, Victory, Queen Ashinoko) is an approximately 1-hour cruise that goes from Hakonemachi Port → Moto Hakone Port (Hakone Shrine) → Togendai Port → Hakonemachi Port.
The magnificent view of Lake Ashinoko from the special cabin is sure to look great on Instagram. Don't forget to take pictures!!
The official website of the Hakone Pirate Ships offers a gallery of each ship, prices, timetables, transportation, merchandise and events. Advance reservations are required to join the tour, so please check the official website for that as well.