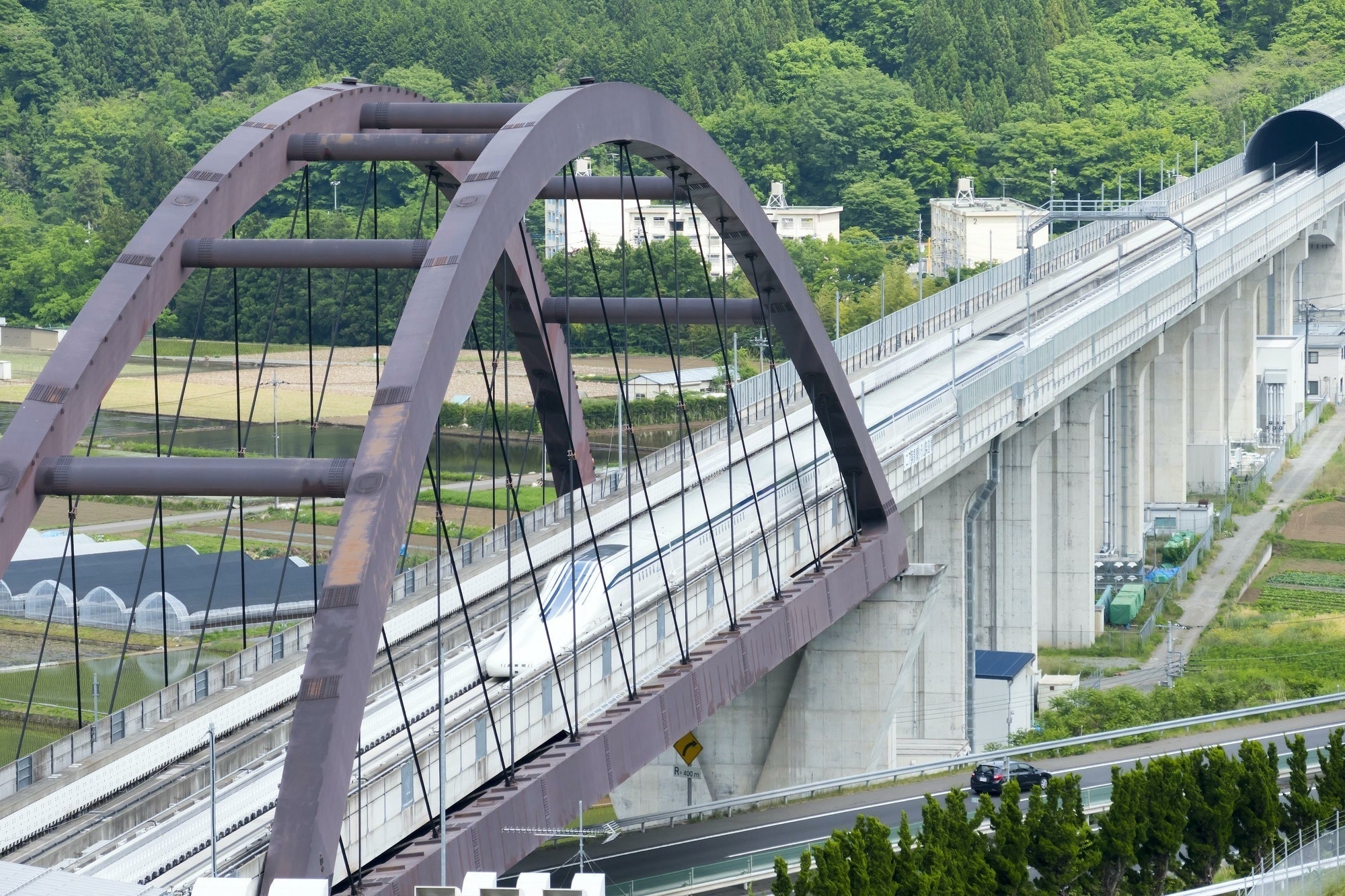 When most people think of transportation in Japan they think of the Shinkansen, Japan's first rate bullet train. However, in the not-so-distant future, the new and improved Maglev train is due to be unveiled.
JR Tokai's (JR東海) plans for a Tokyo-Nagoya-Osaka Maglev train route are already well under way.
In 2015, a Maglev test ride event was held which allowed passengers to experience riding the Maglev before being unveiled to the public.
In this video, you too can experience what it's like to take a trip on the Maglev, travelling at an amazing 500km/h.

The participants of this test ride event previously applied to take part and were chosen through a raffle.
The Maglev runs a 43 km course at the test center in Tsuru city, Yamanashi Prefecture.
This particular train is a 7 car L0 series Maglev.

You can see the speed of the Maglev as it runs with the small screen at the bottom right of the video.
Check out the video to get a taste of what it feels like to travel at 500 km/h!

When Will the Maglev Be Unveiled to the Public?

After that, the line will be extended to Osaka (大阪), a route which is estimated to take approximately 67 minutes (from Shinagawa station).
Eventually, the Maglev is intended to run from Shinagawa Station to Nara prefecture's Hashimoto Station (奈良県の橋本駅), pass through the Japanese Alps by tunnel, with stops in Yamanashi Prefecture (山梨県), Shizuoka Prefecture (静岡県), Nagano Prefecture (長野県), and Gifu Prefecture (岐阜県), finally arriving at Nagoya station.
The Nagoya Station – Osaka Station route is planned to pass through Nara prefecture making it a possibility to travel to Nara from Tokyo without the need to transfer.

More About the Maglev and Its History So Far

Ultra high speed railway plans have been in place since the days of the Japan National Railways, at which time research into the superconducting Maglev (超伝導リニア) also began.
JR Tokai has currently constructed a Maglev test route which you can see in the video. The footage was filmed at the Maglev test center in Tsuru city, Yamanashi prefecture.
Test runs of the L0 series Maglev train have been being conducted since 2013.

Take a Trip to the Maglev Test Center!

The Maglev test center in Yamanashi prefecture currently operates Maglev test rides for the public.
If you wish to only observe the train, booking in advance is not necessary.

At the Maglev test center you can learn more about the history of the train and how it is constructed.
If you're lucky, you might even be able to catch a glimpse of the train as it's running.
The Maglev train runs by electrically charged coils which enable the train to levitate above the tracks using magnets.
This allows the train to run at high speeds without the damage that occurs due to friction of the wheels on the tracks.
In Japan, the Maglev is still in the trial stages, however in Shanghai, the Maglev train is already in use.

It's amazing to think that the Maglev, a train that most people would have only imagined could exist in sci-fi books, is soon to become a reality!
The Maglev is still under construction, but why not try a test run?
You can also take some great photos for social media!