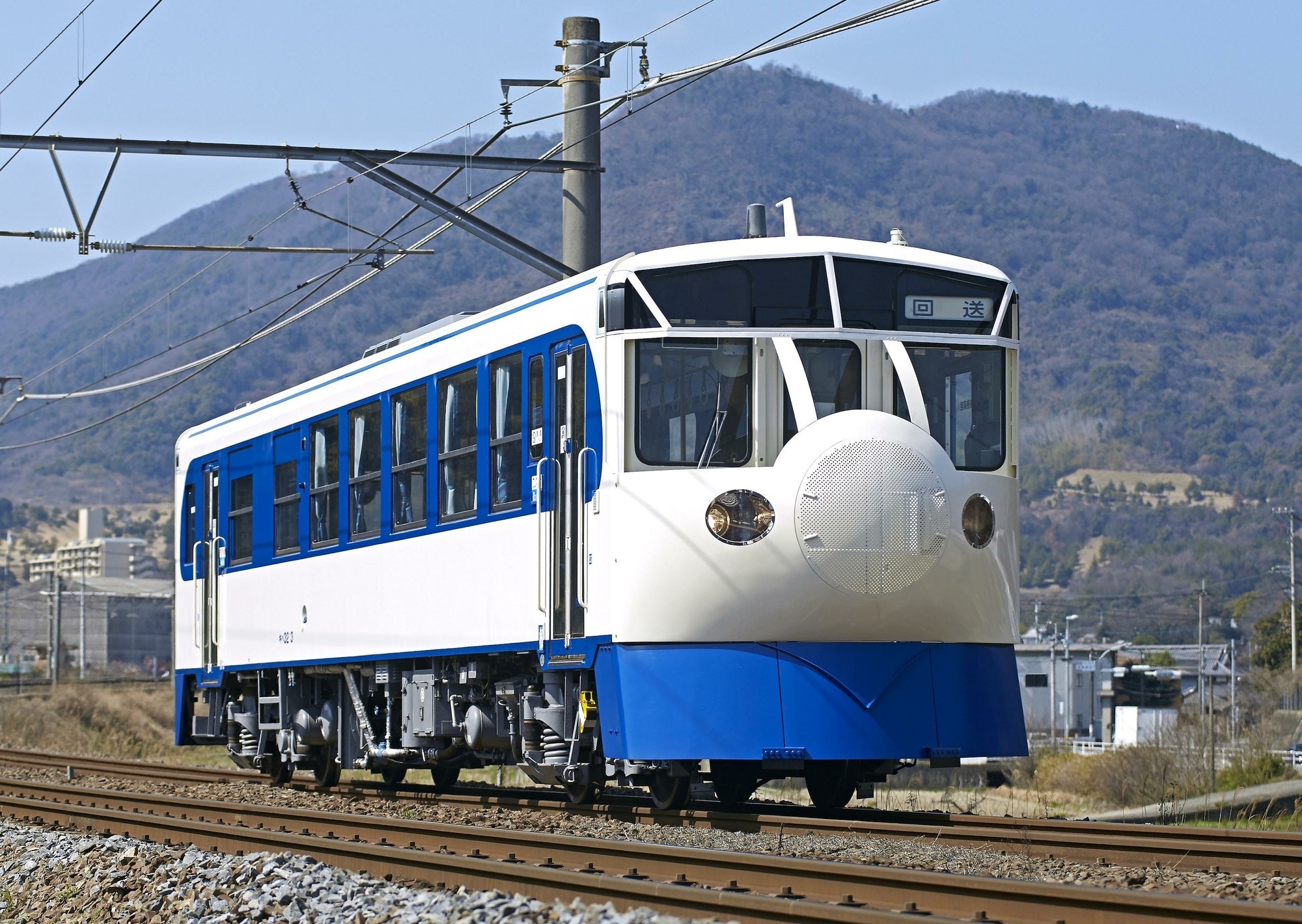 The video "[Railway Hobby Train] Debut｜Ehime Newspaper," (「鉄道ホビートレイン」デビュー・愛媛新聞), released by "ehimenp," is about the 0 series Shinkansen (The world’s slowest bullet train) running on the JR Shikoku Yodo Line, which stops at Uwajima station and Chikanaga station.
This line runs along the Shimanto River.

The Shinkansen is Japan's high-speed railway, celebrating its 50th anniversary.
The first Shinkansen train to celebrate this anniversary is the 0 series, a car with a cute round nose that everyone has seen at one time or another.
The 0 series Shinkansen can be seen at 1:10 in the video.

Although the 0 series Shinkansen was retired in 2008, a diesel train car was converted to a 0 series Shinkansen-style train in 2014 to commemorate the 100th anniversary of the Yodo Line, which runs from Kochi Prefecture to Ehime Prefecture in the Shikoku region.
That happens to be the "Railway Hobby Train" introduced in the video.

The nicknames of the 0 series shinkansen are Hikari and Kodama. At the time, it attracted a lot of attention in Japan and around the world as a high-speed train that ran at the world's highest speed of 210km/h.
Of course, the Railway Hobby Train is a sightseeing train, and since it is a slow-moving diesel train, it cannot achieve such high speeds, but you can enjoy a scenic tour of Shikoku while being gently rocked by the lovely dumpling-nosed cars of the nostalgic 0 series Shinkansen, which look just like the original.
The cute Railway Hobby Train can be seen at 0:55 in the video.

The Charm of the 0 Series Shinkansen

The Railway Hobby Train is a set of three cars that run on the Yodo Line.
In addition to the 0 series Shinkansen train introduced in the video, there is the Shiman Trolley, which can be seen from 6:04 and the Kaiyodo Hobby Train, which can be seen at 6:09.
Together with these trains, the three brothers of the Yodo Line are the centerpiece of the regional development.

In other words, when we talk about railway hobby trains, we're referring to these three types of trains.
Among them, the 0 series hobby train shown in the video is the most popular!

Children and Adults Alike Are Excited! the Secrets of the Railway Hobby Train!

As you can see from 3:06 in the video, the Series 0 Shinkansen Railway Hobby Train has a model display area inside the train, where the very popular Plarail issue is on display, making it a true dream train for train enthusiasts and children.
The Series 0 Shinkansen Hobby Train is based on the Kiha 32 series train, and a fully colored version of the popular N gauge product called "Micro Ace" is also available.

We recommend checking the operation status of the train on the official JR Shikoku website in advance, as it is expected to be very crowded on the days when the train is running.

Summary of the Railway Hobby Train

There is a museum called Shikoku Railway Cultural Center in Saijo City, Ehime Prefecture.
Here, there are 0 series train cars, that actually were once active as shinkansen, on display.
In other words, Shikoku is a holy land for railway enthusiasts.

The Railway Hobby Train also has a photo corner, but for those who want to take photos of the cute train cars traveling through the magnificent nature of Shikoku, the best place to do so is near the railway bridge on the Yodo Line over the Shimanto river.

Don't forget to check the timetable in advance, as Shikoku is often hit by typhoons and operations are cancelled when the weather is bad. Also, the three hobby train brothers are limited to one run per day! Don't miss your chance!