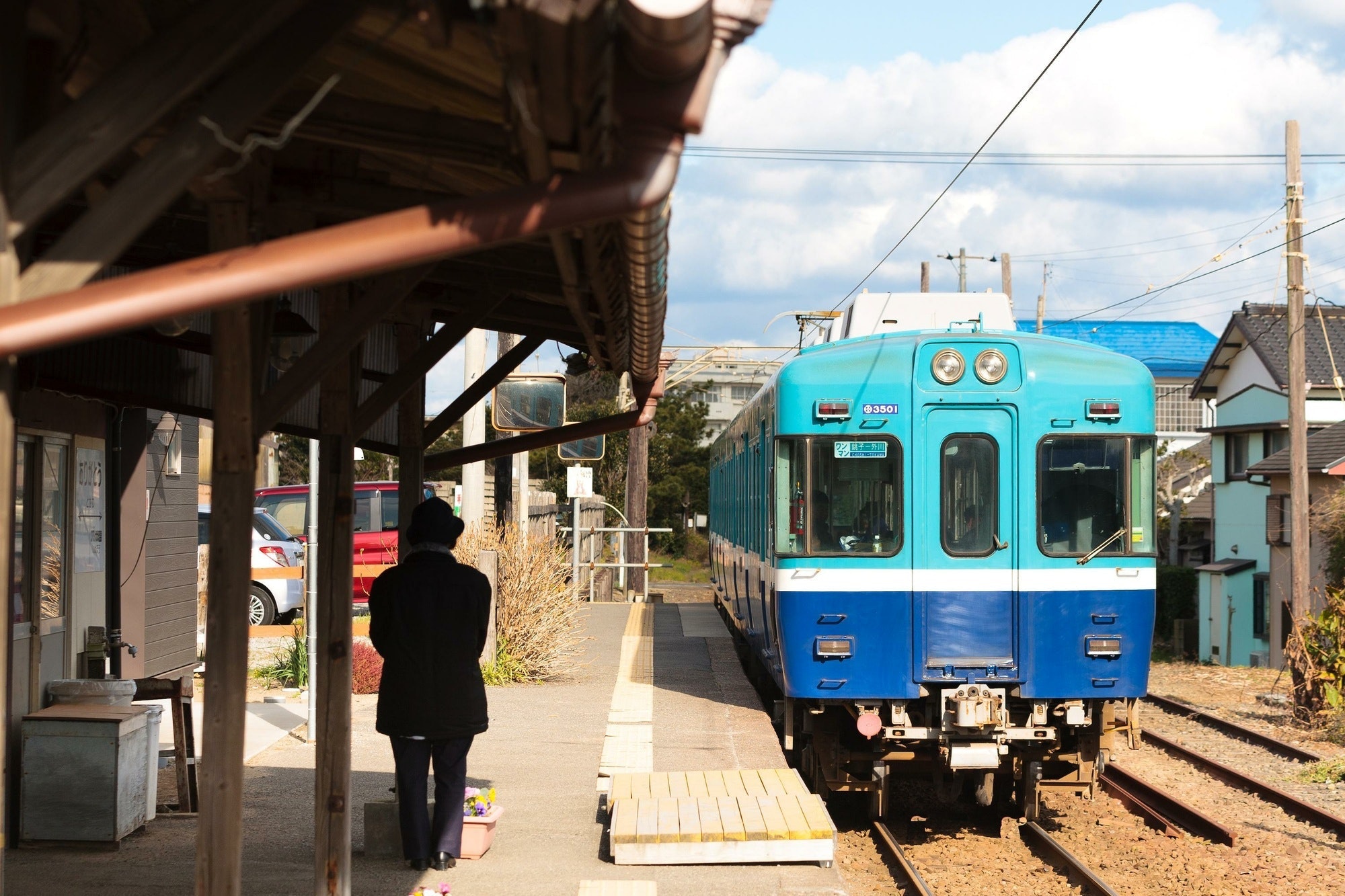 The video "Local Line Protected by Creativity: The Struggle of the President of Choshi Dentetsu" (発想力で守るローカル線 銚子電鉄社長の奮闘) was uploaded by "Nikkei."

The Choshi Electric Railway, which is only 6.4 kilometers long, runs on the east side of the Kanto region and is famous for its unique events, such as the "Ghost Train" and its moist rice crackers.

President Katsunori Takemoto, a former tax accountant, utilized his ingenuity to protect the Choshi Railway, which serves as the main form of transportation in the area.

What is the Choshi Railway?

Choshi Railway (Choshi Dentetsu), Choden for short, is a train that connects Choshi Station and Tokawa Station in Chiba.

The entire line is in Choshi City, and it passes through the easternmost part of the city, near Cape Inubō (犬吠埼, Inubōsaki).
Including its predecessor, Choshi Yuran Railway, the railway has a history of more than 100 years.
The trains were acquired from major private railroads, and some of them are more than 50 years old.

The railway has been in danger of being abandoned many times due to poor performance.
Although it is difficult to run the train due to the decreasing population, the management is partly supported by the sale of snacks such as "mazui bo" and wet rice crackers.
These wet crackers have generated more than twice the profit of the Choshi Railway, and President Katsunori Takemoto says "the Choshi Railway is a cracker shop" at an interview at 0:56 in the video.
You can see crackers being baked at 1:09 in the video.

President Katsunori Takemoto became the electric railway's tax advisor while also performing conductor duties.
His innovations, such as naming rights for event trains and stations, were also successful.
The selling of naming rights wasn’t limited to short sighted planning either; it was also to attract companies that were committed to rebuilding the Choshi Railway's management and contributing to the community as owners.

In this way, the Choshi Railway has been contributing to society and the region as a hub of the local economy.
In recent years, they have released various characters under the anthropomorphic railcar project "Loco MOTION," and a superhero named "Chodenjin Go Gusher" was also created.

In 1989, the Choshi Railway was threatened with closure due to a decline in population.
In 1998, they started selling moist rice crackers, surpassing earnings from the railway's main business. This was picked up by many media outlets and was the talk of the town at the time.

Unfortunately, in 2004, the company took on the debt of the president at that time and began to decline once again.
However, rice crackers came to the rescue once again, pulling the railway out of a crisis.
The online sales of rice crackers, which were not doing well at the moment, were replaced with crackers that said "Please buy me, I have to earn money to repair the trains." Fans responded to the cry for help, and the railway was able to dodge yet another bullet.
Incidentally, the rice crackers, popular survival masks, scarves, and other original Choshi Dentetsu goods are also available by mail order, so please visit the online shop on their website if you're interested.

Did you enjoy reading about the innovation of Choshi Dentetsu and their rice crackers?
Taking a ride on the quaint railway may make you feel like you're on a sightseeing trip to a far-away land.