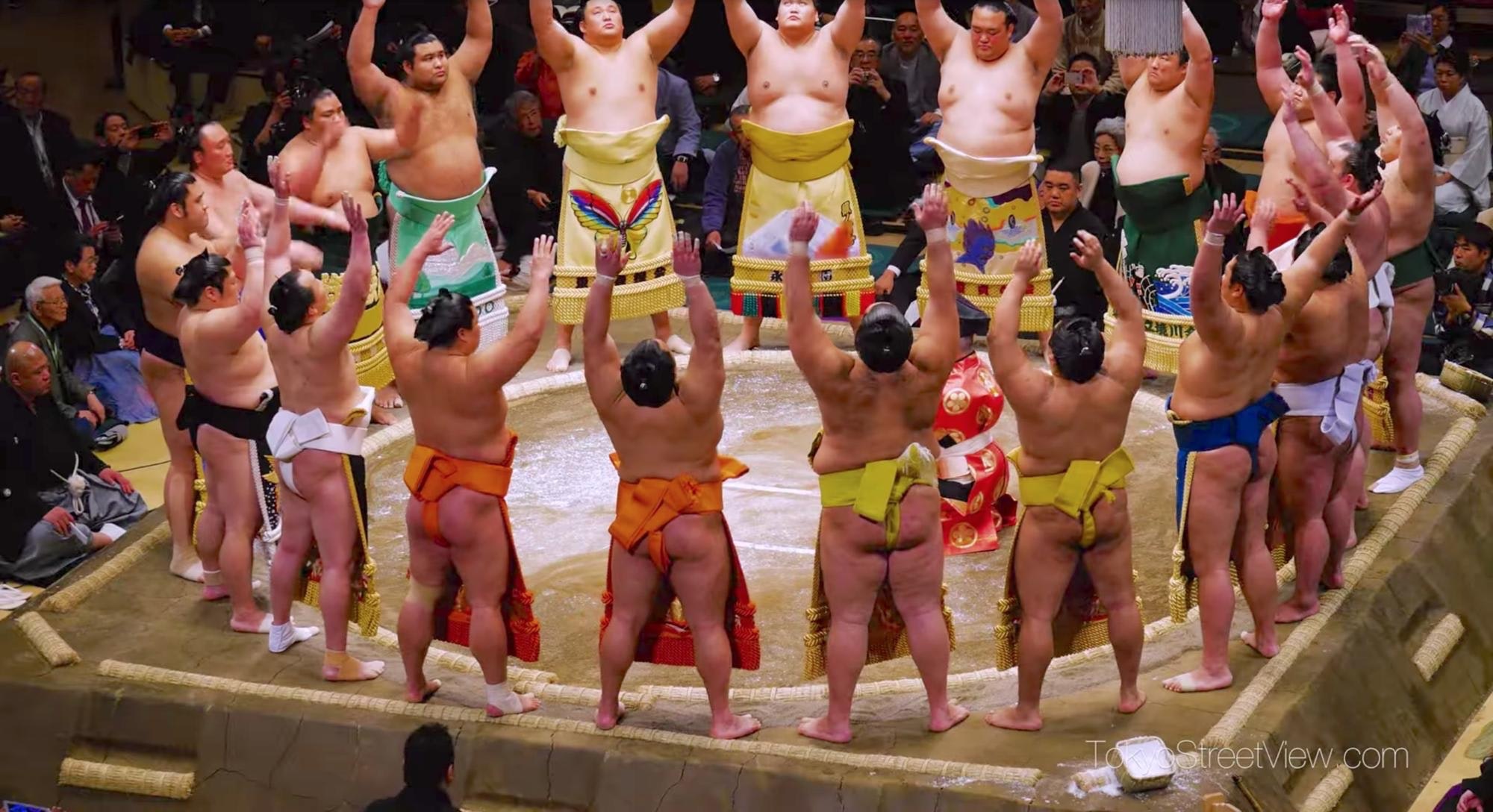 A Look at Japan's Sumo Wrestling

Sumo is a traditional martial art loved by the masses since old times in Japan.
As the matches are held internationally, the sport has many overseas fans and is capturing the world’s attention.
Matches between top wrestlers in the sumo rankings such as Yokozuna or Ozeki, are very spectacular and spectators can fully enjoy the thrilling matches.

The video features footage of a match between sekitori (a sumo ranking) during the New Year’s tournament held in January 2017.
Check out Japan’s spectacular sport - sumo wrestling!

The first written record of sumo in Japan is said to be found in a Shinto document called Kojiki.
Sumo matches used to be held as rituals and festivals dedicated to the deities and was mostly loved by nobles.
After gaining popularity among the masses during the Edo period (1603 – 1868 AD), sumo has been enjoyed as a form of entertainment and sport in Japan.

Today, matches are held both nationwide and internationally and many Japanese and foreigners enjoy it.
The manners and conventions rooted in the rituals are passed down and given special importance even in modern sumo wrestling.

The Excitement of Sumo

Many Japanese people have probably watched the official tournaments aired on NHK (the national broadcaster in Japan).
Some may have a stiff image of the national sport, but that's not true at all.
Spectators can enter the venue at any time and watch the match in a relaxed manner while eating and drinking.
Matches between senior-grade wrestlers are a must-watch and you'll surely get excited watching the spectacular matches between well-built wrestlers.

The Flow of a Sumo Match

With the company names printed on the program of the matches and publicly announced, those businesses play a similar role to sponsors in other sports.
Before a match, a ritual called "chirichouzu" is held.
You can see this at 3:08 and 7:52 in the video.
This is a declaration "to fight fair and square without any weapons."

There are different means of attacking, such as thrusts, slapping, and body strikes.
Kimarite (決まり手, winning move) refers to the move that the opponent is defeated by.
Punching and grabbing the opponent's hair are prohibited moves in sumo.

"Sumo Match - Tokyo - 相撲," produced by TokyoStreetView – Japan The Beautiful, features conventions before matches and match footage of Japan’s national sport.
From the cultural aspect of sumo that originates from Japanese Shinto to the spectacular matches, the video shows the sport at its best.
Sumo is a fascinating martial art that a wide range of people including those who are interested in Japanese culture and martial arts lovers can enjoy!