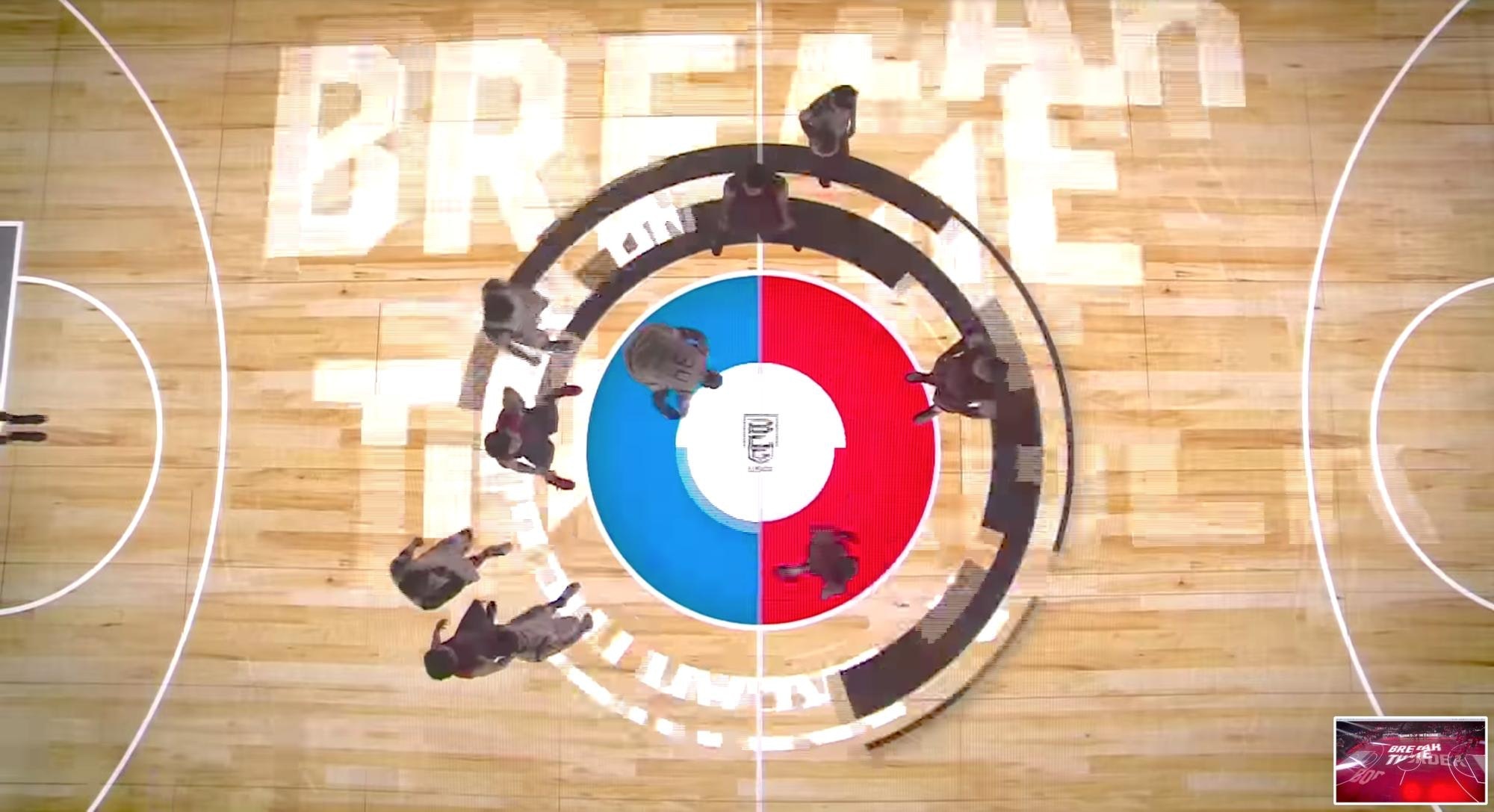 The Opening Game of the Professional Men’s Basketball's “B. League”

In the 2016-17 B.LEAGUE opening game, the theme song was “Take-A-Shot! feat.PKCZ”, newly released by the two-member dance and vocal duo ShuuKaRen. The song was performed on the court, with the entire floor covered in LED lights.
This can be seen from 1:01 in the video.

What Is the B.LEAGUE?

The B.LEAGUE is a professional men’s basketball league, under the "Japan Basketball League Institute", comprised of the B1 Division, B2 Division, and B3 Division.
B1 and B2 are comprised of 18 teams, while B3 is comprised of 12 teams, combining to form a total of 48 club teams.
Including Sapporo, Tokyo, Kyoto, and more – the club teams are located all over Japan.

The B1 and B2 teams are further divided into three conferences of six clubs each and take part in the regular season. The top eight teams qualify for the play-offs.
The team that wins this tournament-style championship is crowned the B.LEAGUE champion.
Teams in each league are constantly fighting for their spots, keeping you glued to the action.

Furthermore, once a year, the “All-Star Game” is held, where 24 specially chosen players are separated into teams and matches are held.
Players that aren't contracted with any team are known as free agents, and their names are released on the free agent roster.

The B.LEAGUE also has a wide variety of goods for sale.
Putting on some limited-edition goods is sure to bring the hype and help you root for your favorite team!
An online shop is also available, so do make sure to check it out as well.

How much do the B.LEAGUE’s top players make?
The players’ yearly income is not released to the public.
However, annual salary and per-game earnings change according to player performance and stats. The highest yearly income of a Japanese player is said to be around 50 million yen.
Therefore, there is still a ways to go before the B.LEAGUE can reach its goal of sending a 1-billion-yen player to the Tokyo Olympics.

B.LEAGUE: The Professional Men’s Basketball League Turning up the Heat

So are you interested yet?
If so, the latest B.LEAGUE schedule, information about ticket sales, and more can be found on the official website!

The B.LEAGUE will bring about a new era of professional men’s basketball.
Take a seat and experience history being written through these action packed games, or even better, cheer for your favorite team in the stands of the arena!