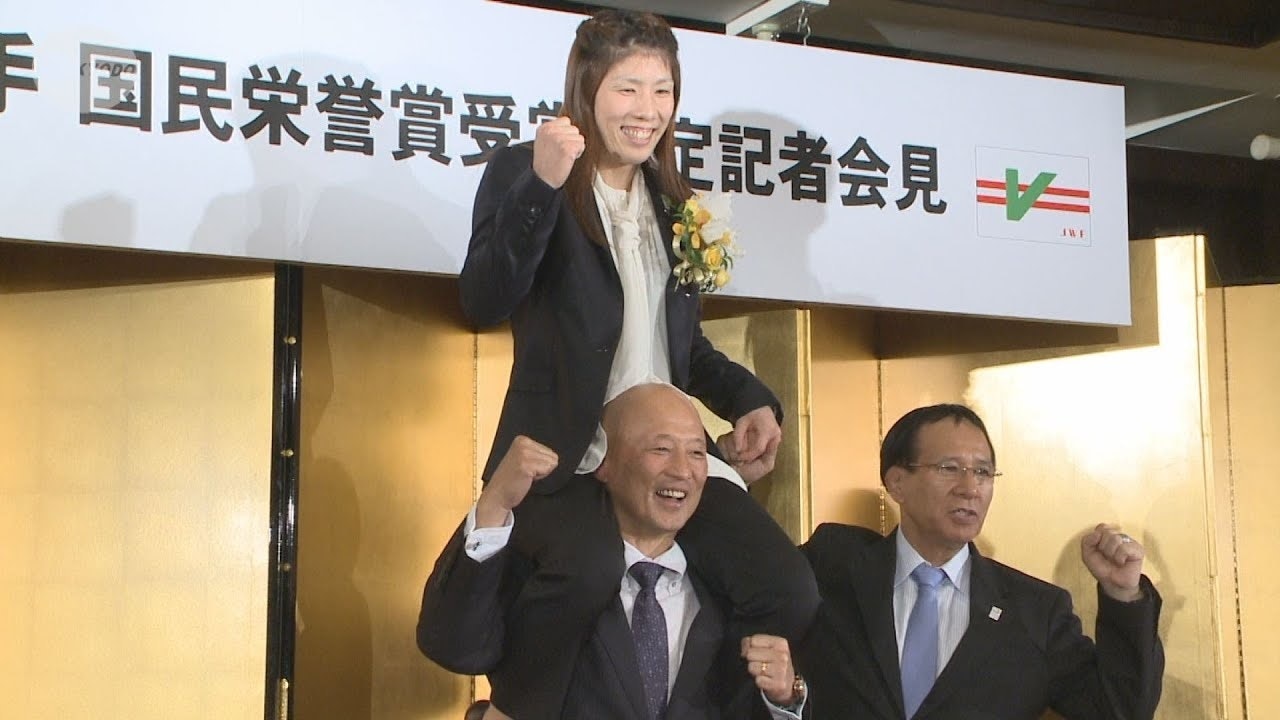 This video, titled "Aiming for 14 Consecutive Wins｜People's Honor Award" (「１４連覇を目指したい」 国民栄誉賞受賞の吉田選手), is from the press conference for female wrestler Saori Yoshida after she received the People’s Honor Award in 2012.

Saori Yoshida is a 157 cm tall (5'1"), former female wrestler with a plethora of records.
Her father, Eikatsu Yoshida, is also a former wrestler and a coach.
She retired from competing in 2019 and is now herself a coach.

After her retirement, she went to work for YSW Tokyo, a company that her brother owns.
Presently, she stars in commercials for companies such as ALSOK and also does other work in the entertainment industry.
There were also rumors of marriage after her retirement; however, as of 2020, she is still single.
These days, she is also very active on Instagram.

Saori Yoshida has an unprecedented 16 consecutive wins at the world championships in the women’s individual wrestling matches, and in 2012, she received a Guinness Book of World Records certification for winning 13 consecutive titles.

She also extended her winning streak at the All-Japan Championships and the World Cup to an unprecedented 206 consecutive individual wins.
She won the Athens, Beijing, and London Olympics, and was captain of the Japanese team at the 2016 Olympics in Rio de Janeiro.

The People’s Honor Award that Saori Yoshida received is, s one of Japan's Prime Minister's Commendation Awards. It was established in 1966 by Eisaku Sato and expanded the range of the Prime Minister’s Awards.
The awardees are determined according to the criteria of the award, and Japanese citizens such as Sadaharu Oh, Shigeo Nagashima, Naomi Uemura, Naoko Takahashi, Yoshiharu Habu, and Yuzuru Hanyu have received the award in the past.

Saori Yoshida, introduced in the video, is not only a People’s Honor awardee but also a recipient of the Medal of Honor with a Purple Ribbon.
In the press conference, which can be seen from 0:14 in the video, she is seen saying “I want to continue to break world records,” and she did just that At the end of the press conference, she also goes on to say how she wants to visit hot springs and take a trip to Hawaii.

The video this time introduced the press conference of Saori Yoshida after she received the People’s Honor Award.

During her career, Saori Yoshida has set multiple records attracted a lot of attention as a world-class athlete.
Her words of wisdom, "You won't get stronger if you don't hate losing," inspired many people to take up sports.
We look forward to what she does after retirement.