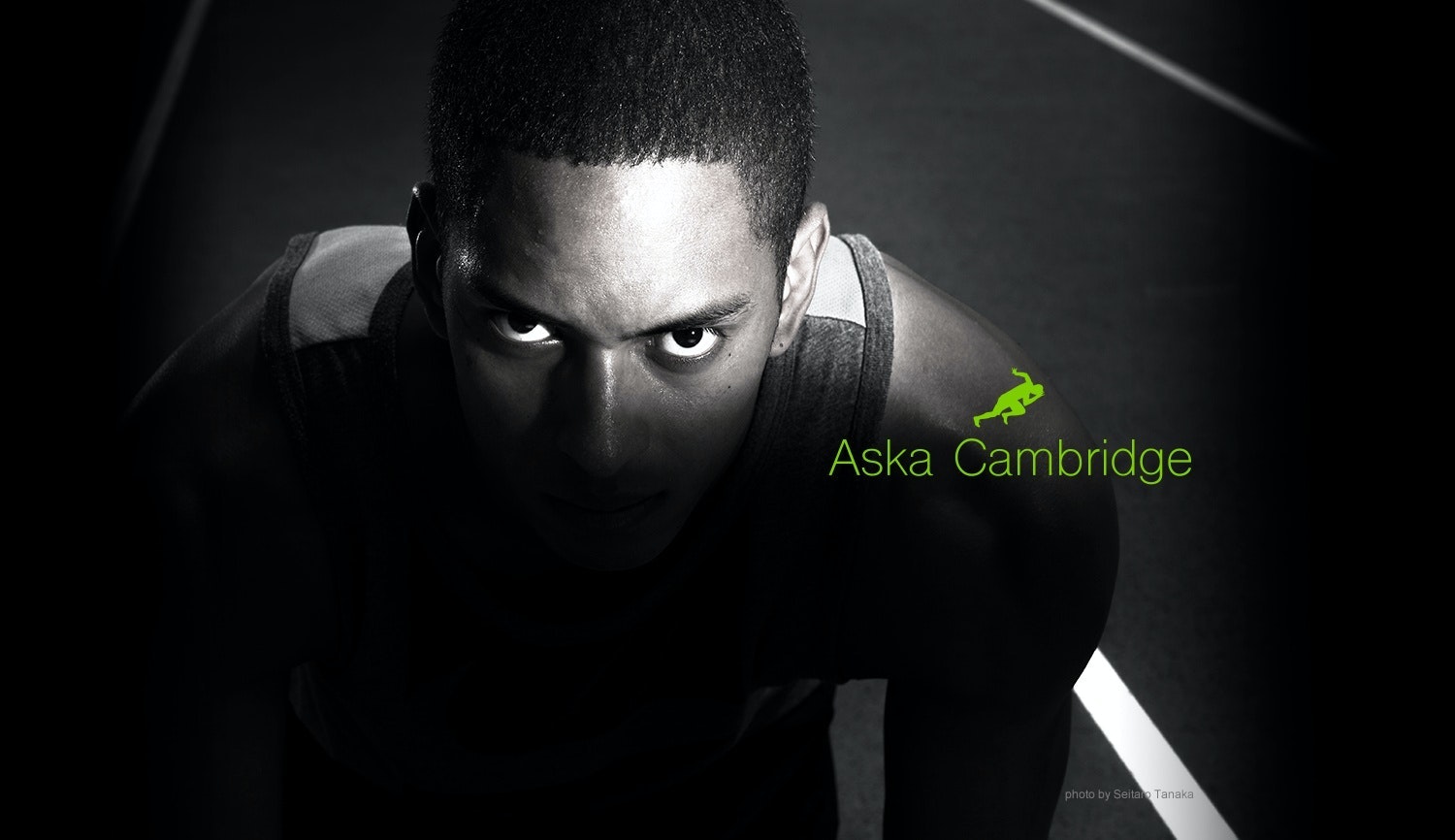 An Interview With Aska Cambridge

You can watch how the top athletes, who have competed in and shown good results at international and national tournaments, feel about track and field.
This article introduces silver medalist Aska Cambridge. Be sure to follow along with the video!

Who is Aska Cambridge?

Aska Cambridge is a track and field sprinter affiliated with the Nike track and field club.
In 2016, he ran 4 × 100 metres relay and won a silver medal at the 2016 Olympic Game in Rio de Janeiro. Since then, he has become one of the top athletes in Japan.

His full name is Aska Antonio Cambridge.
He is 180 cm (5'11") tall and weighs 76 kg. His nationality is Japanese.
He has a Jamaican father and Japanese mother. He was born in Jamaica and came to Osaka when he was two years old.
He played soccer when he was an elementary school student but switched to track and field at the recommendation of his club supervisor.
He went to Tokyo High School and holds the record for the 100m in 10 seconds.
He entered the Department of Physical Education, College of Humanities and Sciences at Nihon University.
He was injured during the Kanto intercollegiate competition in 2014, but he still managed good results and won the championship many times.

If you noticed, he is also quite handsome, making him popular with women, similar to Sani Brown, another track and field sprinter.
He currently appears in TV commercials for "UHA Gummy Supplements."

The Interview With Aska Cambridge

Be sure to watch his interview in the video.
In it, he discusses his decision to go professional. You can see this at 2:38 in the video.
He decided to go pro after competing with world class athletes at the 2016 Rio Olympics.
He also talks about his commitment as a professional from 3:46.
He says that he eats healthy, stays well-rested, enjoys healthy lifestyle habits and relaxes regularly.

He also explains his transition from soccer player to track and field athlete, why he continues track and field, and the happiest and hardest things about competing, as well as his overall attraction to sports and his goals.

We recommend this video to people who like sports and want to hear more about Japan's top athletes, their goals, thoughts, and dedication to their sport.
If you want to know more about Aska Cambridge, be sure to check out the video!