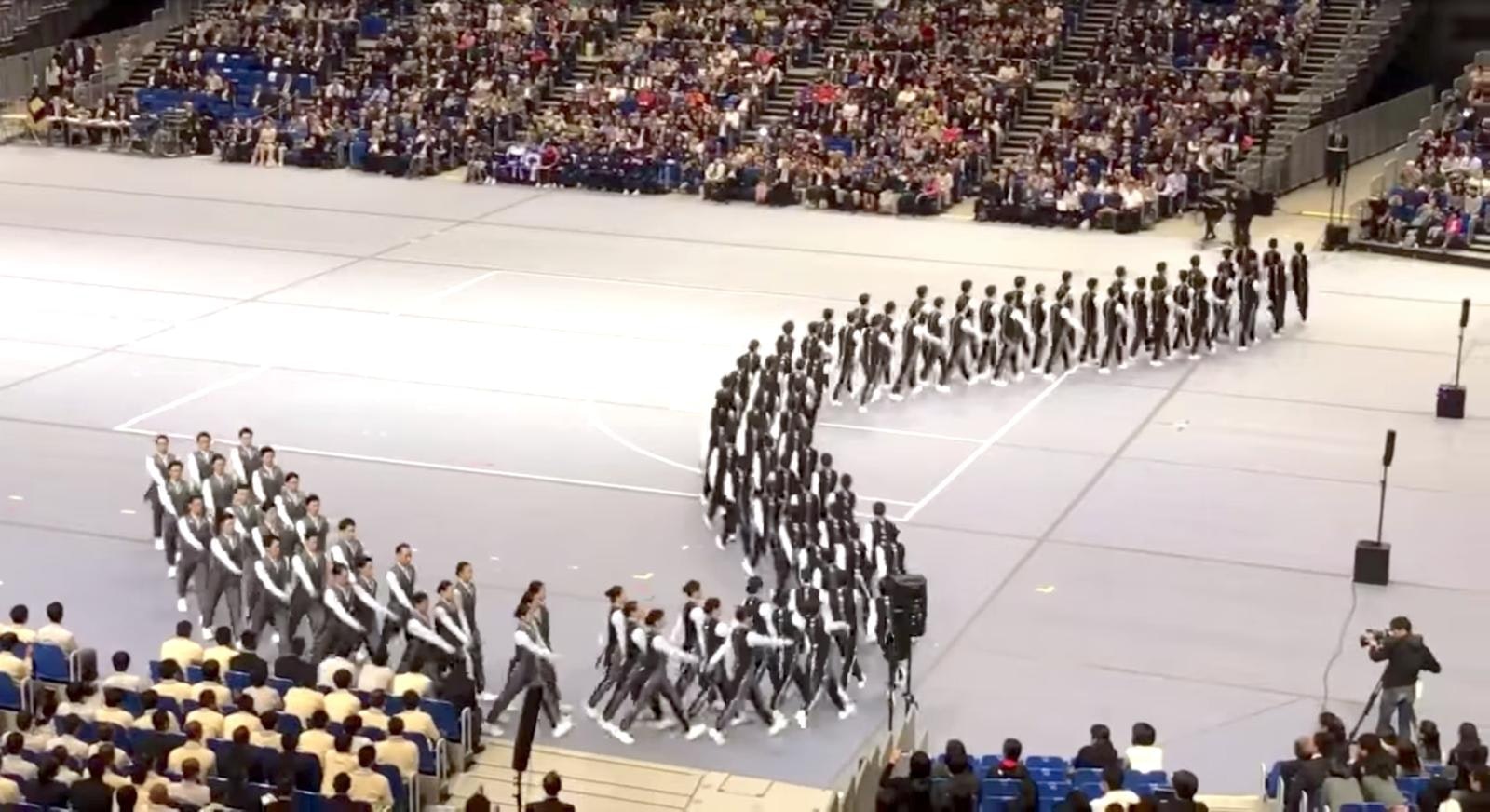 This video, titled "Nippon Sport Science University Shudan Kodo 2017" (日体大 集団行動2017), is a recorded video of shudan kodo, uploaded by “nogutan2.”
Some people might have heard or seen shudan kodo on TV or on a news website before.

Shudan kodo is synchronized movements performed by students from Nippon Sports Science University.
Students make perfect lines and march while changing formations and crossing paths without disturbing the lines.
Check out the video of the world-class beautiful performance.

It all started about 40 years ago when the idea of shudan kodo was brought up at Nippon Sports Science University.
Shudan kodo was started to practice disciplined movement, and every year the quality of the performance increases.
You can hear the audience cheering during this beautiful performance of high quality shudan kodo.

Several reactions from both Japan and different countries after they have seen the performance of shudan kodo.
Many people say it's impressive, and some people even mention getting goose bumps from the performance.
It's also very reminiscent of precise military marching.

The Rigorous Practice of Shudan Kodo

The current coach of shudan kodo at Nippon Science University is Nobuhiko Kiyohara.
Since Kiyohara became coach 5 months ago, the total length of walk in the practice is said to have increased to over 1,000 km.
Recently, more research towards the performance of shudan kodo is being conducted, and it has been evolving and becoming more precise and beautiful.

At Nippon Sports Science University, a sports research presentation is held every other year to show the audience the results of practice.
The performance of shudan kodo is one of the most popular performances at this demonstration.
There is a world tour of shudan kodo as well, and it has become very popular globally.

The Highlight of Shudan Kodo

You can see the beautiful performance born of the hard work of the students in this video.
Make sure to also pay attention to 0:40 in the video to see the walking performance.
The movement of the arms and swinging of the legs is perfectly aligned.

Also, don't miss the skill of the performers crossing paths with each other while at a trot.
There are so many more impressive performances in this 10 minutes video, so we recommend not skipping anything.
Find your favorite performance!

Shudan kodo continues to gain attention, as some other schools have already started new club activities like shudan kodo, such as Shudan Taisou (Gymnastics), and mass games.
The presentation of Nippon Sport Science University's shudan kodo has been very popular and it's very difficult to purchase tickets.

If you wish to watch the live performance of shudan kodo, we recommend purchasing tickets in advance. If you still haven't yet, be sure to check out the video to see the amazing performances of shudan kodo!