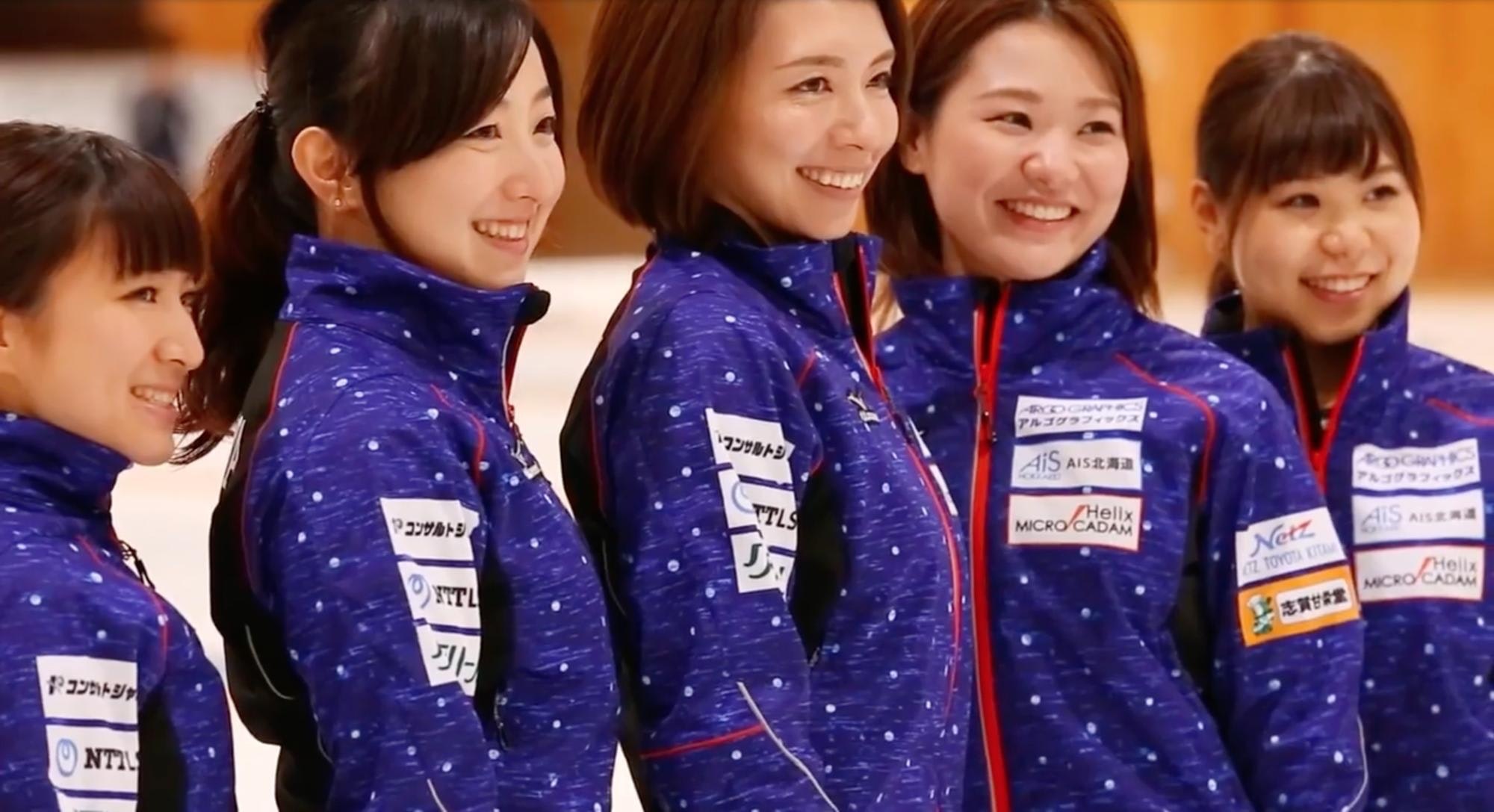 This video is titled "Team Official｜Loco Solare｜Promotional Video" (チーム公認 Loco Solare プロモーションビデオ). It was produced by "sweet journey."
It introduces women's curling, that came into the spotlight at the 2018 Pyeongchang Olympics.

In this article, we'll introduce curling and "Loco Solare" along with videos.
Enjoy the promotional video of the girls behind the popular winter sport!

About the Curling Team Loco Solare

The curling team "Loco Solare" has been active as "LS Kitami" since 2010, but was renamed "Loco Solare" in 2018.
Their training base is Advics Tokoro Curling Hall.

Loco Solare excelled at home and abroad, winning their first national championships in 2016 and a silver medal at the world championships, before winning a bronze medal at the PyeongChang Olympics in 2018.
They became famous as the "Curling girls" overnight.
In addition, the media often covered the "Mogu Mogu Time" in which the team ate nutritional snacks during dead time during the matches, garnering widespread attention.

According to Loco Solare's official website, "Curling is a winter sport in which teams count their points by sliding stones across the ice in an attempt to secure the closest spot to the center of a circle called the "house."

It's also known as "chess on ice" because of the strategy involved in it.
The more you know about the rules and how scoring works, the more you can enjoy watching the game.
Loco Solare is made up of five members with four taking part in the competition at one time.
Curling has become an official Olympic sport since 1998, in the Nagano Winter Olympics.
Mixed double curling, in which boys and girls are paired, has become an official event since the Pyeongchang Olympics.

Curling emphasizes strategizing against the opposing team while accurately sliding the stones and using brushes to adjust speed and direction.
You can see pitching and sweeping at 1:08 in the video.
It'll be interesting to see if Loco Solare will be able to win a gold medal after taking home bronze at the last Winter Olympics.

The promotional video for Loco Solare introduces the shows the teamwork, cheerful atmosphere, and serious practice of the women's curling team.
In the video, the players are shown at 1:05 and 1:26, relaxing in their everyday clothing; a rare sight.

The matches are tense and require a great deal of concentration, but the cheery atmosphere and smiling faces of Loco Solare is their strength!
Watch this video to see the teamwork of the women's curling team, Loco Solare!