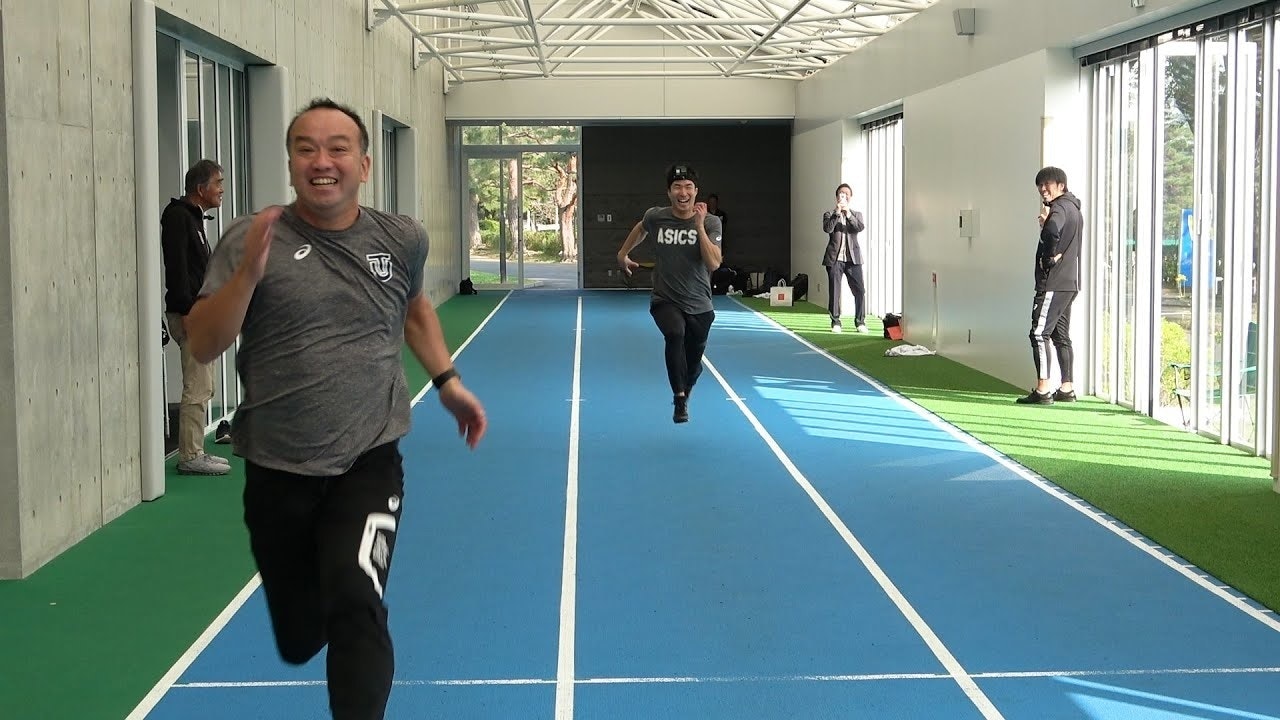 Check out the video, uploaded by Kiryu Yoshihide “Running with a GoPRo!（GoProを付けて走ってみた！）”

Kiryu Yoshihide is a famous sprinter, holding the national record for the 100 meter dash, at 9.98 seconds.
It's rare to see him running on indoor track with a GoPro on his head.
The difference between his point of view and the point of view of a normal person while running, is shown at 2:21 in the video.

What Kind of Athlete Is Kiryu Yoshihide?

He has liked sports since his childhood, and during his time at Rakunan High School and Toyo University, he participated in national and world tournaments.
After graduating from college, he participated in the Asian Games as a track and field athlete affiliated with Nippon Life Insurance, while also appearing in commercials and television programs.
In 2020, he announced his marriage on his official YouTube channel, surprising everyone.

A Look at His Records and Awards!

Yoshihide Kiryu competes globally in short-distance track and field events such as the 100 and 200 meter dash.
In 2017, he achieved a 9.98 in the 100 meter sprint, his best record as well as the national record.

At the Rio Olympics in 2016, he ran 2 x 100 meter relays with Yamagata Ryota, Iizuka Shota, and Aska Cambridge. They set a record for Asia and took home a silver medal.

He introduces about his cleats, how to build muscles, and more. Definitely check it out if you're interested in track and field.

This video showed Kiryu Yoshihide’s impressive speed, and introduced a little bit about him.
If you watch the video at 2:21, you realize the difference between a professional runner and an average person.

We also see a race between Yoshihide and his coach at 2:38.
He is now training for the Tokyo Olympics.
It'll be exciting to see what he can achieve, and if he'll be able to set any new records.