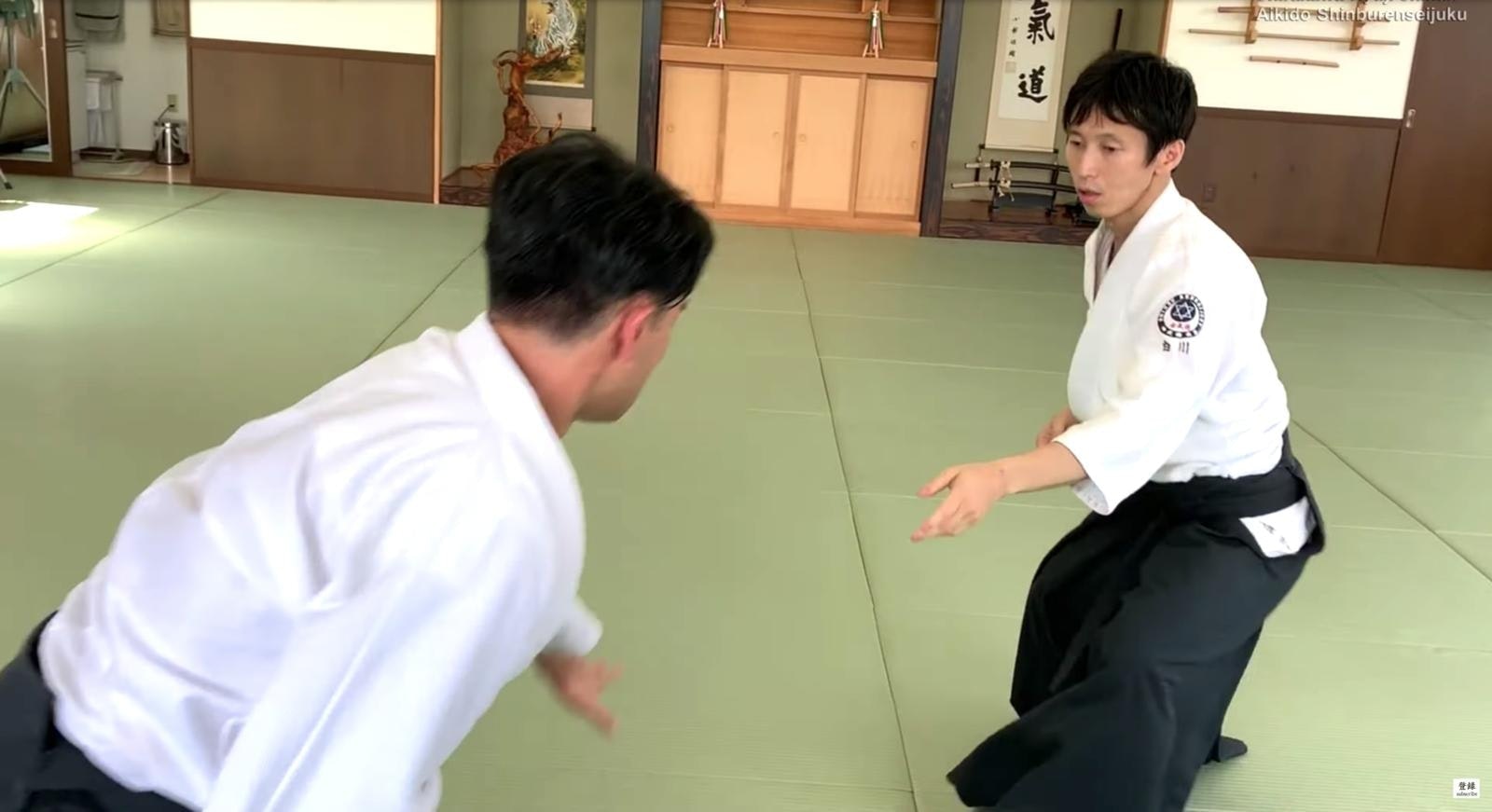 You can see the performance by Ryuji Shirakawa, 6th dan of Shinburenseijyuku, as he throws his opponents from one to the next.
What are the techniques of Aikido, Japan's historic martial art?

Aikido is a martial art that was established between the Meiji period and the beginning of the Showa period. It has a relatively short history in comparison with other martial arts.
Aikido is a comprehensive martial art into which the principles not only for Jujitsu, but also for Kendo and Judo, are incorporated.
The martial art came to be called Aikido in 1942, and has since spread all over the world. It is estimated that there are about 1 million people competing domestically and 1.5 million abroad.

Aikido has various types of attacking techniques such as Ikkyo, Shihonage , Iriminage, Kotegaeshi.
A half-body stance is the basic position for Aikido regardless school.
It is important to practice things such as breathing techniques or switching of body positions to use the martial art's techniques properly.

In this video, you can see scenes of master Ryuji Shirakawa throwing his opponents one after another.
Sometimes arm-locking them as well.

The number of people who practice Japanese martial arts such as Karate, Judo, and Kendo has been increasing. Wearing dojo clothes and training in a jiu-jitsu or kendo dojo can help you maintain your health and improve your mental strength.
The Japanese martial arts are useful as a self-defense technique, making them a great choice for men as well as women and children to learn.

If you can find a good coach and receive careful guidance, you can participate in a competition, even if you are a beginner.

This video features many beautiful and powerful techniques by Aikido Master Ryuji Shirakawa. Please watch his performance in the video if you haven't yet, and enjoy the exchange of great techniques by Japanese martial artists.