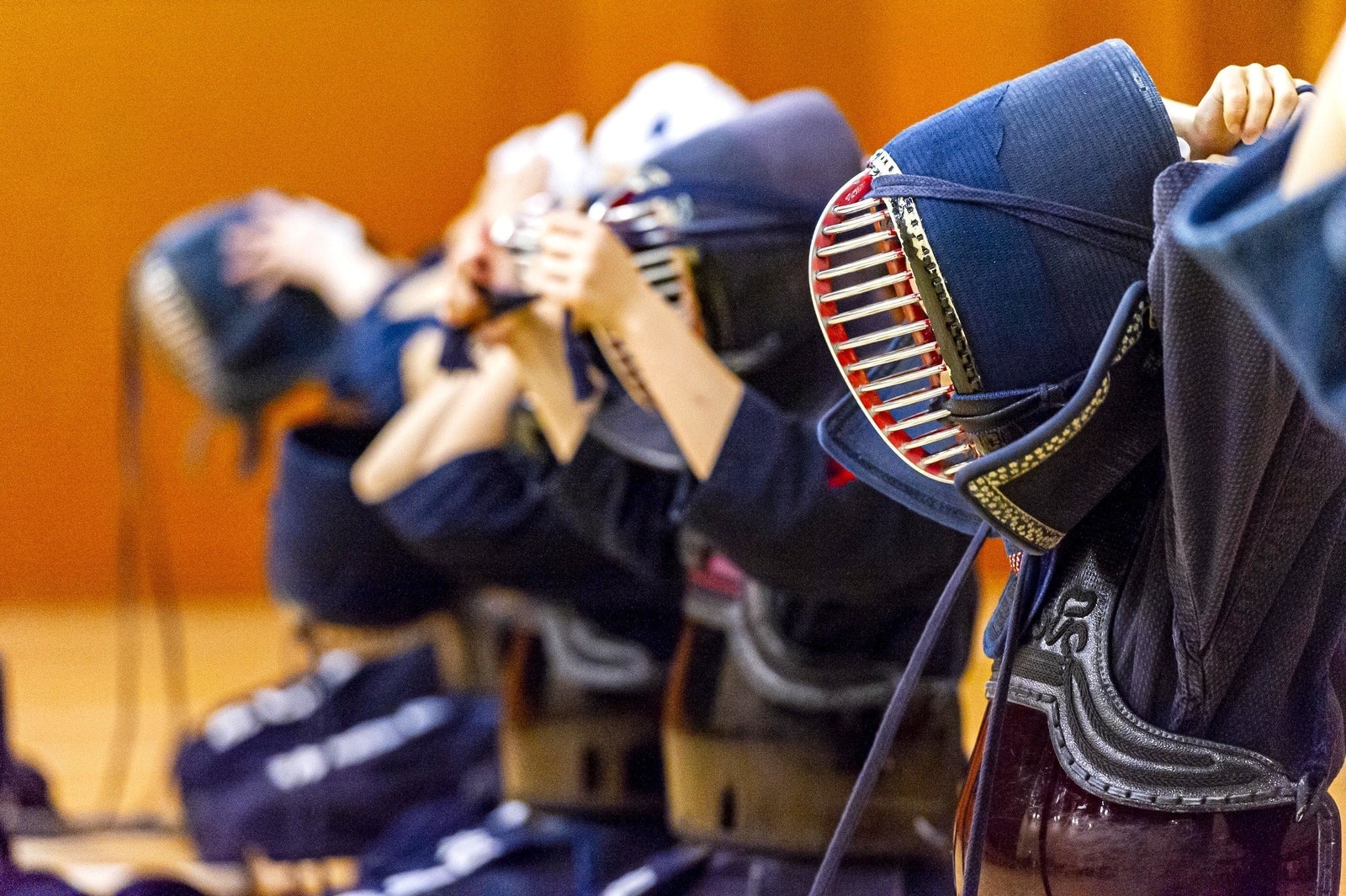 This video is "Best of Kendo~Awesome~" produced by "NAGASHI."
Kendo is one of Japan's traditional martial arts.
Many Japanese people know about the style of Kendo.
What's so fascinating about this sport though?

Kendo is a one-on-one competition where players wear a kendo uniform, armor, and use bamboo swords called "shinai."
Kendo and other traditional Japanese martial arts are about valuing respect.
Swords are of course weapons, but it is the human mind that controls them.
Winning a match, according to the rules, means winning with the swordsmanship you've refined.

The swordsman stay focused until after the match, when they've bowed to one another.
This is standard Kendo etiquette.
Kendo is said to be a martial art that begins and ends with a bow.
The beauty of this Japanese culture may be one of the attractions of Kendo.

In the video, you can see this etiquette from 0:05 and 5:57 in the second half.
I hope that these videos will show the excellence of Kendo and the spirit, and harmony among Kendo fighters through their matches and practice, and at the same time, convey the beauty of Japanese martial arts as a whole.

The History of Kendo

Nowadays, the sport has federations all over the world, and not only schoolchildren's tournaments, inter-scholastic athletics competitions, and national championships, but matches are held all over the world.
With the increase in the number of competitors, kendo's technical population has grown to about 1.7 million, but it was originally created to practice swordsmanship.
It is a traditional martial art that inherited the soul of the samurai, which is said to have already existed in the Heian period (794-1185 AD).

Kendo, as a competitive sport, had its own set of dan rankings and rules and instruction manuals from the Edo period (1603- 1868 AD). Gradually, the style came closer and closer to the style we have today. However, even now, having gone from martial arts to competition, it's practitioners still train their mind, body, and they still maintain proper etiquette.

The Gear Required for Kendo

The traditional Japanese martial art kendo requires a few pieces of gear.
・防具 Armor
・剣道着 Kendo uniform
・竹刀 Bamboo sword (sometimes wooden swords are used for training)
・小手 Kote(padded gloves to protect the wrists and forearms)
・面 Men(a face mask)
・垂れ Tare(waist protector)
・袴 Hakama(pleated and divided skirt made in fine stripes)
You can purchase this gear at kendo specialty stores and kendo shops.
For a moment, at 0:14 in the video, you can see the image of the camera attached inside a face mask.
You can feel what Kendo is like in this scene.

Kendo is a sport that trains the mind and body.
The format of the matches are one-on-one individual matches, but there is also a team competition where 1 winner is crowned.
A match in Kendo is between two players until two points are scored, or the time runs out. (One game = Three match)
There are 3 valid targets to strike in order to score a point
・Men (the face mask)
・Kote(the padded gloves to protect the wrists and forearms)
・Do (the breastplate)

Also, when it comes to matches for college students or older, two-sword style is also possible.
It is rare in Japan, but is often seen in overseas kendo matches.
Miyamoto Musashi, one of the most popular, and said to be the most powerful swordsmen in the world, was also a master of the two swords.

From 0:25, the video introduces a number of matches.
Not only do bamboo swords clash, but sometimes competitors are violently struck, propelling them into the air.
This is not unexpected however, as it is a combat sport.

The appeal of kendo, the traditional Japanese martial art, lies in the intensity of the matches.
The dignified movements of these swordsmen are the result of daily rigorous training.

There are rankings called "dan" in Kendo, but in order to receive a ranking, you must go through a rigorous certification test to obtain the title.
The dojo where swordsmen practice everyday is packed with the lives of the swordsmen.
Kendo is also said to be a lifelong sport.
Please enjoy the video of the Kendo matches, that transcend both age and gender.