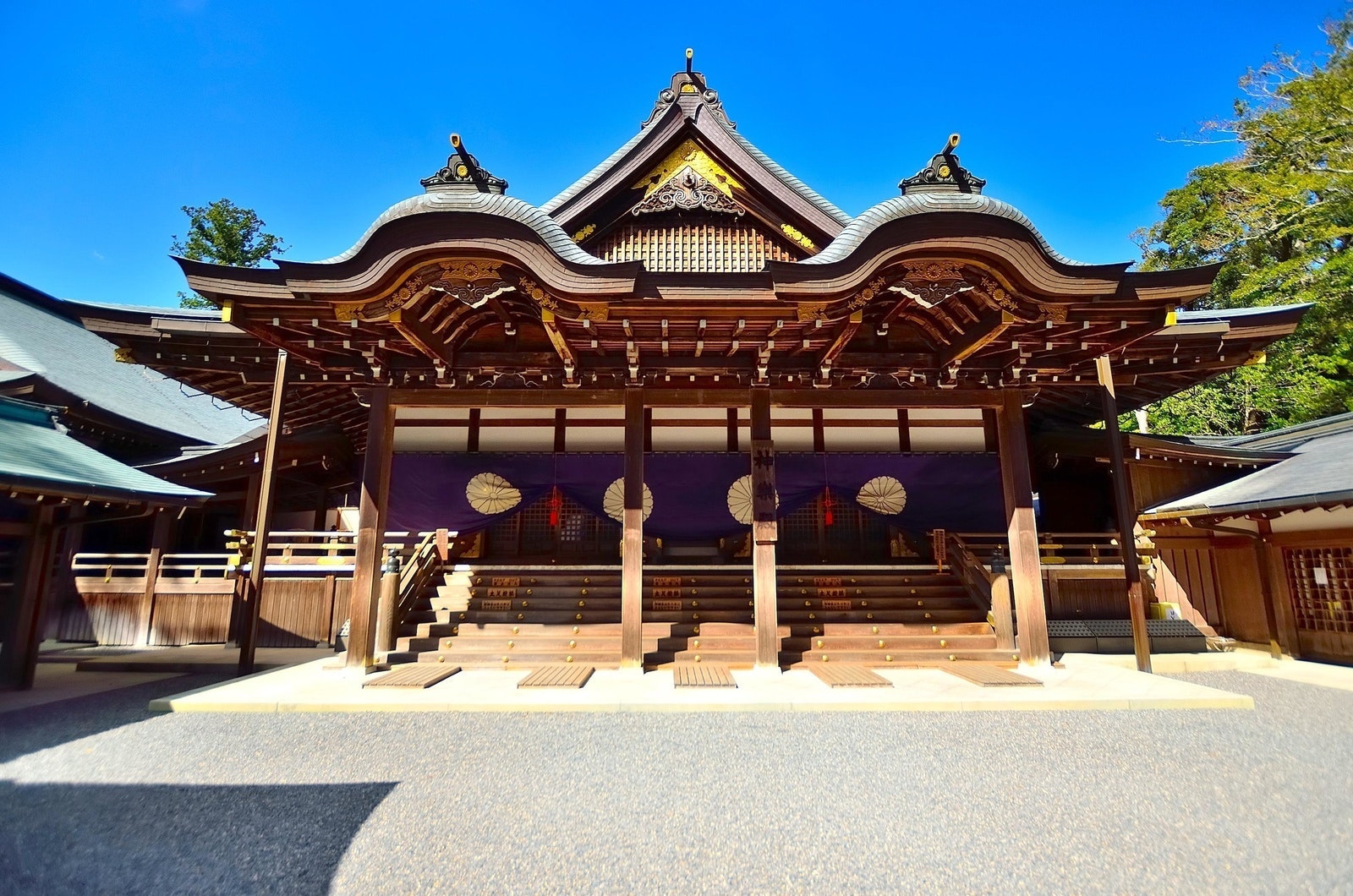 Introducing the Prayer "Okagura" of Ise Shrine in Mie Prefecture!

Ise Shrine is a shrine with a long history that has been worshipped in Japan since the time of mythology.
The god of the Imperial Grand Shrine (the inner shrine), is Amaterasu Omikami, and the god of Toyokami Grand Shrine (the outer shrine), is Toyouke Omikami.
This charming shrine with plenty of nature is located just past Uji Bridge, the entrance to the inner shrine, and is affectionately called "Oise-san" by tourists.

Please enjoy the prayer of Ise Shrine, as it's not something you get to see every day.

Kagura, dedicated at the Kagura Hall of Ise Shrine, is a ceremony of exorcism in which sacred sake is served before the gods.
The ritual prayer, introduced at 0:35 in the video, is one of the most important rituals of Shinto.

After the ritual prayer, there is a dance performance (0:53) that shows Yamato-mai, and from 1:08 a long ceremonial dance by the Prince of Lanling.
After the Kagura, worshippers pray, as seen at 1:40 in the video

Many tourists visit Ise City, Mie Prefecture to visit Ise Shrine.
Don't forget your shuin when you visit!
After worship, it's recommended that you purchase a good luck talisman.
At Ise Shrine, there are also festivals, such as the Kagura Festival, the Shin-an Festival, and the Kamigyo Festival. We definitely recommend checking these out.

On the approach to the outer shrine of Ise Shrine, there's "Houonkan (1F Senokuniya, Syoujirou / 2F Magatama Tei)," "mirepoix," "French cuisine Bon Vivant," "Mitsuhashi Ponju," "Ise Kikuichi," "Akafuku Gekumae Special Shops” and other places where you can enjoy lunch and local gourmet!
You can enjoy Japanese sweets such as Akafuku mochi and dumplings, and even eat around.

After visiting the geku, go to the naiku where Amaterasu Omikami, the guardian deity of the Japanese people who reigns over the other the eight million gods, is enshrined.
"Chōzuya," "Ujibashi," "Isuzu-gawa Mitarashi," "Takimaturinokami," "Goshogu," and "Kazahino minomiya," are full of attractions!

There are hotels and inns such as "Toba International Hotel", "Shima Kanko Hotel Bay Suite" and "Ikadaso," so you can enjoy your trip to Ise-Shima even if you're staying overnight.
Be sure to enjoy the "profit spot" and the power spot as well.

The area around Ise Jingu is also home to other attractions such as Tagamiya Shrine, Sarutahiko Shrine and Sarume Shrine, which are separate shrines on the grounds.

If you have the chance, you should also check out the Imperial Grand Shrine, Ara Matsuri Shrine, Koyasu Shrine, Futami Okitama Shrine, and Meotoiwa in the Ise-Shima area.
There are souvenir shops and delicious eateries in Okageyokocho and Oharai town, so be sure to keep your eyes peeled.

In 2013, Shikinen Sengu was held at Ise Shrine in Mie Prefecture.
This is the largest festival at Ise Jingu, where the Great God is relocated to the shrine pavilion, which is rebuilt once every 20 years.
In May 2016, key figures from various countries gathered to hold the "G7 Summit," a meeting to discuss global economic and international issues, In Ise City.

Ise Shrine is a very popular tourist spot in Japan, and we highly recommend visiting it.
If you visit at the right time, you may be able to see the elegant prayers shown in the video, or see the Kagura exorcism.