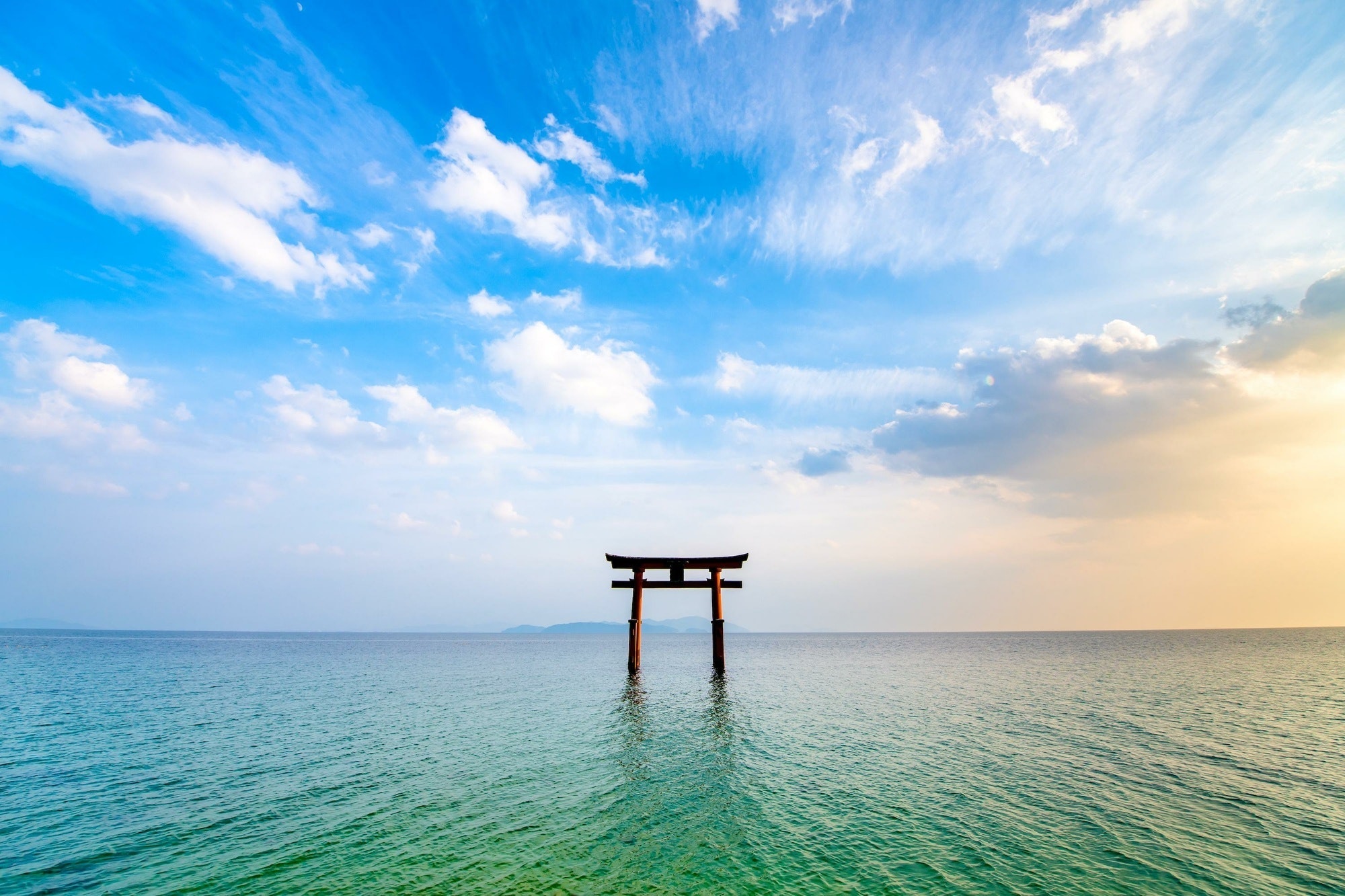 Shirahige Shrine is a beautiful shrine that is also popular as a power spot.
If you're headed out on a sightseeing trip to Shiga prefecture's Lake Biwa, be sure to visit Shirahige Shrine!
The vermilion torii gate floating on the lake is a mysterious and beautiful sight.

The History of Shirahige Shrine, a Power Spot in Shiga Prefecture

Check Out the Sights at Shirahige Shrine on the Shores of Lake Biwa in Shiga Prefecture!

In the precincts of Shirahige Shrine, there's a monument to Murasaki Shikibu, famous for "The Tale of Genji," and Matsuo Basho, who composed many waka poems in Omi.
We highly recommend checking this out if you have the chance.

Sightseeing Around Shiragane Shrine, Near the Famous Lake Biwa!

At the far end of the premises of Shirahige Shrine is a small hut called Iwato Shrine. This shrine can be seen from 4:09 in the video.

In addition, there are several ancient tombs scattered deep in the mountains behind the shrine.
When the weather is nice, take a hike along the trail to enjoy the natural scenery and visit the historical tombs.
After sightseeing, we recommend stopping by Shirahige Shokudo (白ひげ食堂) or Shirahige Soba (白ひげ蕎麦) in the surrounding area to enjoy the unique, hole-in-the-wall gourmet food of Shiga Prefecture.

The majestic, vermillion torii gate of Shirahage Shrine that stands in the dignified Lake Biwa is, as you can see at 0:08 in the video, a beauty that can hardly be described in words.
In recent years, the mystical Shirahige Shrine Torii standing in Lake Biwa, has become a popular place for taking Instagram photos.
Be sure to visit Shirahige Shrine by Lake Biwa, one of the most popular power spots in Shiga Prefecture!