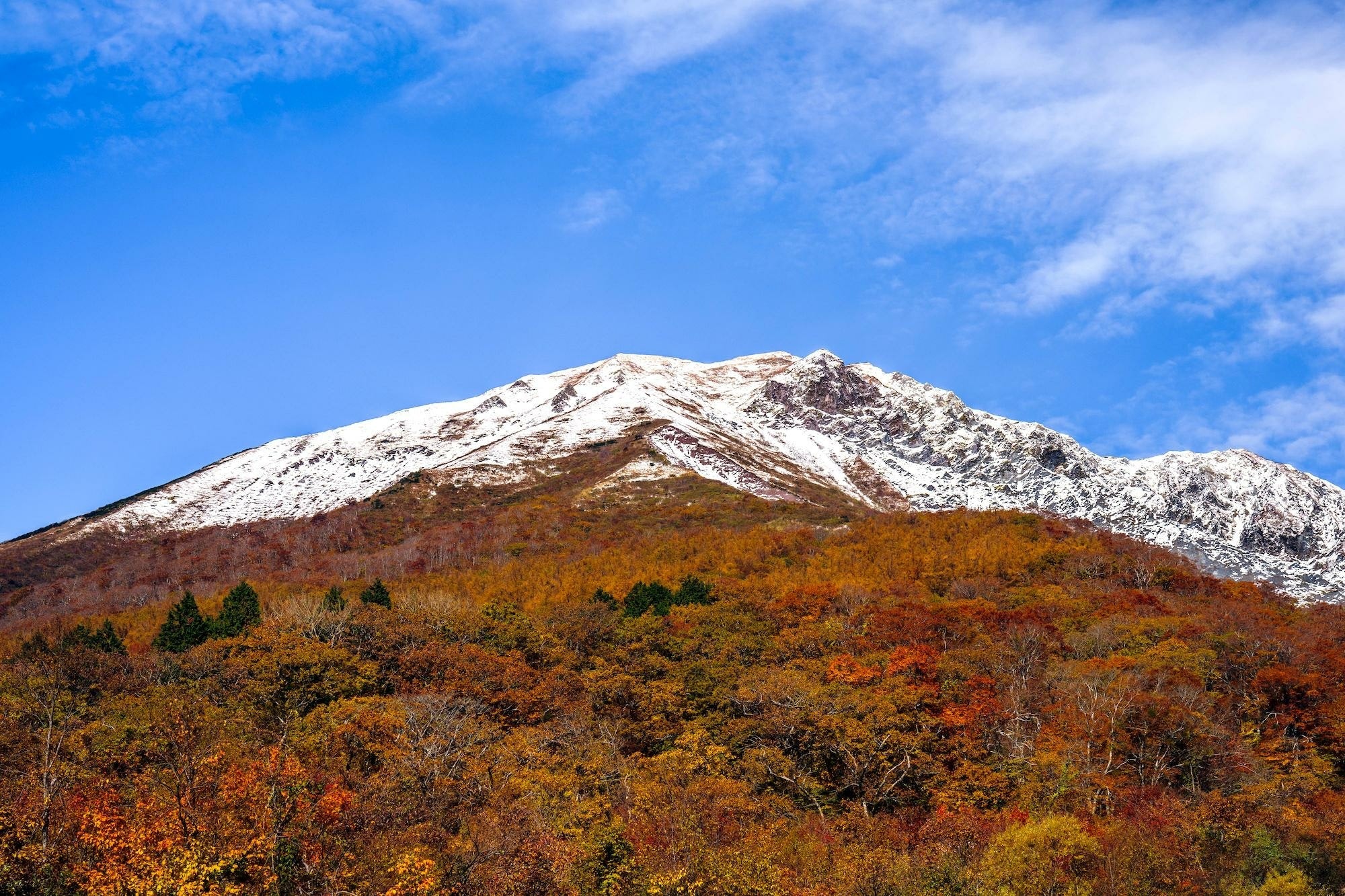 This video, titled "Autumn Leaves of Mt.Daisen JAPAN【Scenery Of JAPAN 4K】," was uploaded by "SCENERY OF JAPAN." It introduces the breathtaking autumn leaves around Mt. Daisen in Tottori, Japan.

Enjoy the beautiful panoramic scenery as far as the eye can see, in this magnificent 4.5-minute video of Mt. Daisen blanketed in autumn leaves.

Mt. Daisen in Tottori Prefecture is located roughly in the center of Japan's San'in region. Its official name is "Hoki Daisen." The majestic mountain even appears in the Izumo Fudoki, a record of the history of Japan's former Izumo Region, which is said to have been written in 733 AD, making it one of the most historical mountains in the history of Japan.

Daisenji Temple is one of the prominent tourist attractions on Mt. Daisen. To get there by car, take Prefectural Route 24 (commonly known as "Daisen Sightseeing Road" (大山観光道路, Daisen Kanko Douro)) from the Yonago Interchange on the Yonago Expressway to the Bakuroza parking lot (about 15 minutes), or by train or bus from JR Yonago Station to Daisenji Temple by Nikko Bus (about 50 minutes). Both routes offer a great view of the stunning autumn leaves.

Daisenji Temple has a history of flourishing as a training center for Shugendo (mountain asceticism). At its peak, the temple had more than 100 temples and over 3,000 monks. Following the Heian period (794-1185 A.D.), the number of temples increased as mountain worship became increasingly Buddhist. It's said that at one time, the temple was as prosperous as Mt. Hiei, Mt. Yoshino, and Koyasan, 3 of the most prominent places for Buddhism in Japan.

The autumn leaves overlooking the rugged southern cliff of Mt. Daisen is truly a photogenic spot. Although there have been some changes over the past few years due to climate change, the leaves usually begin to change color in early October and are at their peak from late October to early November. The white snow on the top of the mountain and red autumn leaves blend harmoniously with each other, adding even more color to the already spectacular view. You can view this in the video.
[Video] 0:11 - Spectacular Autumn Leaves on the South Face of Mt. Daisen in the Snow, Captured via Drone

The forests are mainly broadleaf forests renowned for their beautiful autumn leaves, with beech, oak, maple, rowans, and mizunara oak being the main species.

Mt. Daisen is the largest mountain in Japan's Chugoku and San'in regions and also one of the 100 Famous Japanese Mountains. It is popular among climbers, tourists, and travelers year-round. Although it sits at an elevation of 1,709 meters, its beautiful conical shape seen from the northwestern side has earned it the nickname "Mt. Fuji in the East."

The autumn illumination event started as part of the 1,300th anniversary of the founding of Mt. Daisen in 2018, and is now a tradition of Mt. Daisen. Only because Tottori Prefecture has a large number of craftsmen is it possible to organize the autumn illumination displaying more than 100 wagasa (traditional Japanese umbrellas).
The festival is held during the Obon Festival every year, but in 2022, it was held in October for the first time in two years.

The event welcomed visitors with 120 wagasa and a variety of lanterns. In addition, there was a system for taking beautiful photos with the use of a smartphone, and a commemorative photo spot as well. It's a remarkable event, great for taking photos.

Tickets for the 2022 event were sold exclusively online. No tickets were sold on the day of the event. We recommend checking ticket and other information as soon as possible in advance if you're planning to attend the next event.
[Video] 2:44 - The Beautiful 'Mt. Fuji in the East'

During autumn on Mt. Daisen, a famous mountain in Tottori, Japan, the entire area is covered in beautiful autumn leaves. One of the most popular driving courses is the tunnel of autumn leaves leading to Kagikake Pass (鍵掛峠, Kagikake Toge).
[Video] 1:32 - A Tunnel of Beautiful Beech Trees Leading To Kagikake Pass

On weekends and other occasions, you can expect traffic on Prefectural Route 24. Even still, Mt. Daisen's autumn leaves are worth the time and effort to see. The autumn colors paint a magnificent canvas of autumn on Mt. Daisen, and we hope that you will enjoy the unique autumn leaves of Mt. Daisen with your own eyes.

サハラ文子（AYAKO SAHARA）
I'm an upcyclist living on the tip of the Boso Peninsula.
SUBSCRIBE