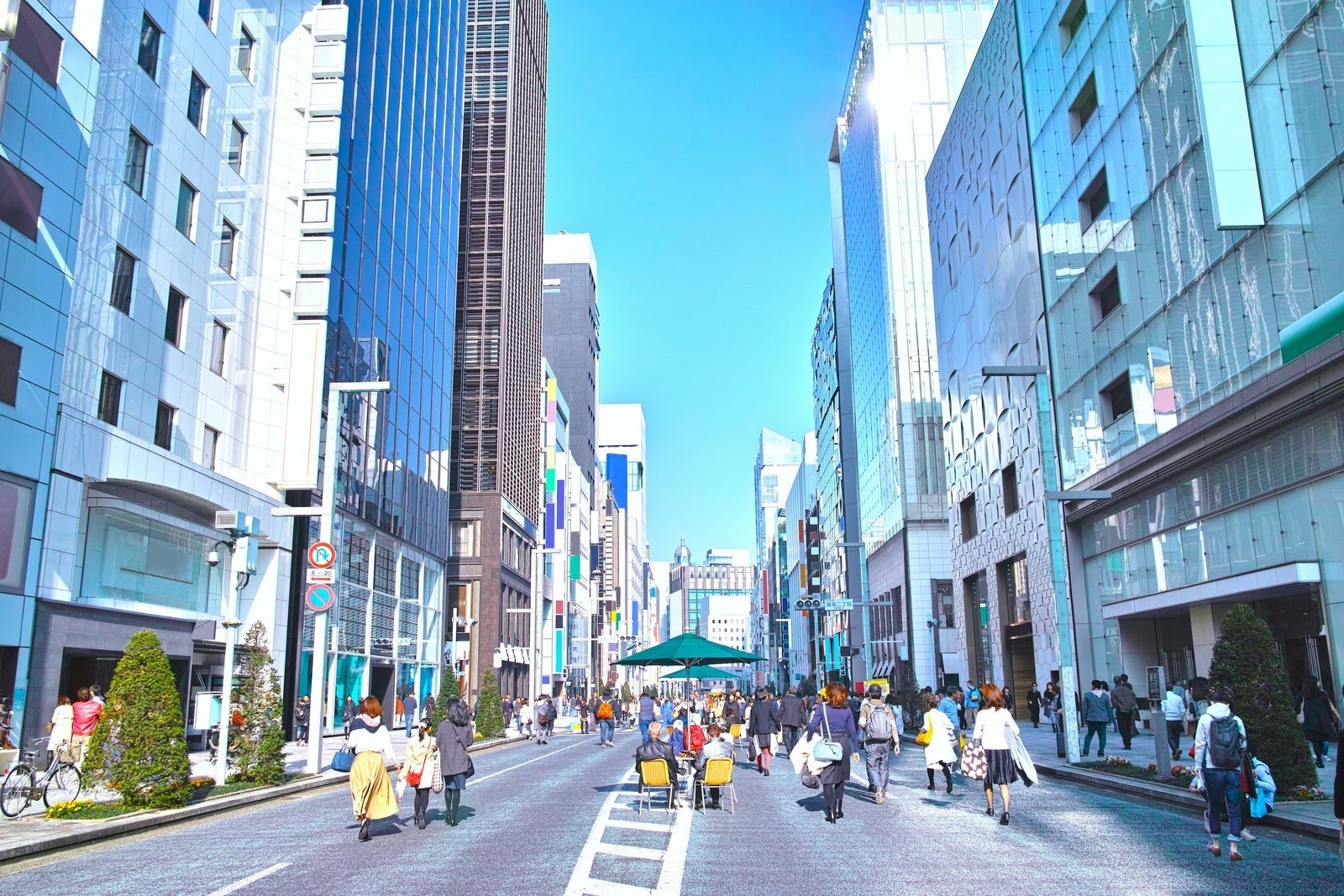 When it comes to shopping, Shinjuku and Ginza are very popular with foreign tourists as the highlight of Japan sightseeing.
In this article, we will introduce the Ginza pedestrian paradise, a major shopping and dining location, as well as tourist attractions and other events.

This video is shot in beautiful 4K quality, and is shot in just a 1,100 meter space from the Ginza street intersection to the Ginza 8-chome intersection.
Although it is a simple video with no background music or narration, it reflects the city scenery realistically, and makes you feel like you're really strolling around the pedestrian paradise.

Japan's Top Location for Shopping and Dining! the History of Ginza’s Pedestrian Paradise!

Pedestrian paradises are said to have started on Fifth Avenue in New York in the United States during the 1960's and 1970's.
In Japan, it's nicknamed “Hokoten” for short.

This is an event where a part of the main street, where traffic is usually heavy, is prohibited to vehicles, allowing the public to walk around freely.
It is said that Japan's first pedestrian paradise began in Asahikawa City, Hokkaido.
Surprisingly, it was in the north, and not in Tokyo.

Ginza’s pedestrian paradise closes part of the main street (Chuo Dori), one of Japan's premier shopping districts, and is loved by many people.

It is often used for TV interviews, and you can freely walk through the long-established department stores such as Matsuya Ginza, GINZA SIX, Mitsukoshi, and also through the city of Ginza where brand name shops line the streets!
It has been introduced overseas as a holiday promenade, and many foreign tourists visiting Japan enjoy pedestrian paradise.

Pedestrian Paradise is also a great place to enjoy window shopping at department stores and brand name stores.
Of course, you can enjoy not just shopping, but also movies and delicious food.

When Does the Pedestrian Paradise Happen

Ginza's pedestrian paradise is very lively, gorgeous and popular, as it is performed on the video. Famous, is Ginza's main road, Chuo-dori, which is said to have the highest land prices in Japan.

It happens every Saturday, Sunday and on holidays.
It runs from noon to 6:00 pm from April to September, and from noon to 5:00 pm from October to March.
Around Chuo-dori there are many well-established department stores such as Mitsukoshi, restaurants, brand shops and duty-free shops, and there are also hotels on a separate street.

Since it happens on the weekend, it is can be very crowded, so we recommend using public transportation, such as the subway and JR lines.

In the area around Ginza, many events are held every week in conjunction with pedestrian paradise.
Rest areas are set up around Chuo-dori, so you can enjoy a leisurely stroll in the middle of Tokyo.

In autumn, there's "Autumn Ginza." We recommend checking it out!
During the festival, a JAZZ orchestra and brass band team will parade around the pedestrian paradise.

Please note that cars and bicycles are not allowed in the pedestrian zone.

The pedestrian paradise, that monopolizes Ginza, the number one shopping district in Japan, is held every weekend and on holidays.

Please enjoy the 4K video that makes you feel as though you're wandering around Ginza, one of Japan's leading shopping spots.
If you're going to Ginza for the first time, you may want to take notes while watching the video!