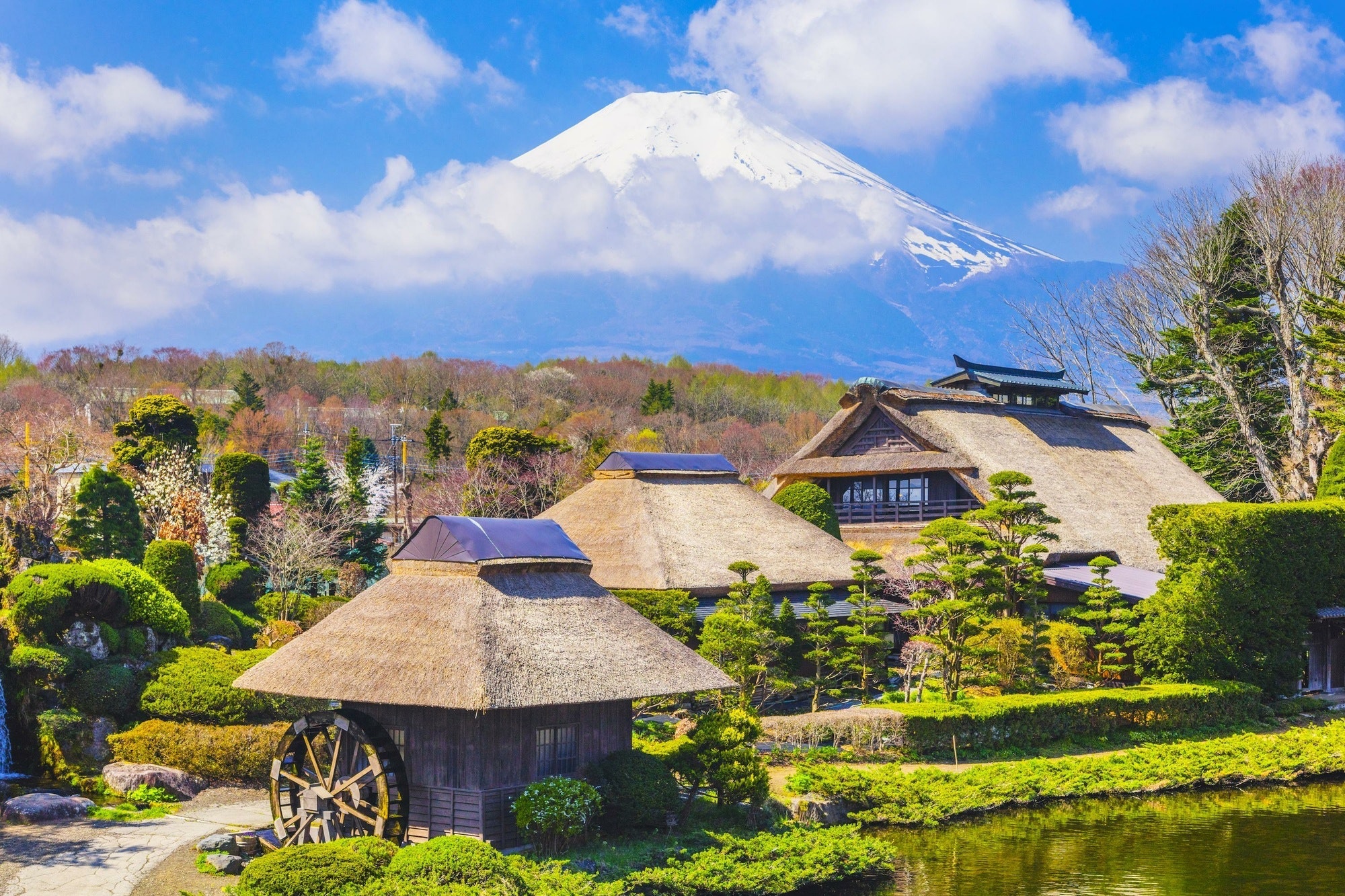 Exploring the History of Oshino Hakkai

Mt. Fuji garnered faith as a historic spiritual site during the Edo Period.
It's said that in the past, believers of the Mt. Fuji faith would cleanse themselves in the waters of Oshino Hakkai and then ascend Mt. Fuji.

Oshino Hakkai is an excellent location where you can fully enjoy the grandeur of nature.
As shown at 2:47 in the video, you can enjoy the beautiful Instagrammable scenery, especially when the leaves begin to change color and the surroundings are dyed in vivid shades of red and orange.
The clear springs are so beautiful that, as it is shown from 1:03 in the video, you can clearly see the carp swimming in the water.
Due to its mysterious scenic beauty, in recent years it has been garnering attention from tourists as a power spot along with Mt. Fuji.

Also, as you can see from 2:04 in the video, old fashioned houses are lined up around the perimeter of Oshino Hakkai.
It's a rustic, yet luxurious atmosphere that you can't experience in big cities like Tokyo.

There are many souvenir shops and restaurants around Oshino Hakkai.
After going sightseeing around Oshino Hakkai, we highly recommend trying some of the delicious food in the area, such as soba and udon, the specialties of Oshino Village, at an old fashioned home-style restaurant where you can experience the atmosphere of a Japan long past.
If you're sightseeing in the Fuji-Yoshida area of Yamanashi Prefecture, using the Oshino Hakkai parking lot or the parking lot near Shibokusa Sengen Shrine is very convenient.

The video introduces the beautiful Mt. Fuji and the breathtaking scenery of the surrounding area.
If you're headed out sightseeing to Mt. Fuji, a sacred mountain of Japan, you don't want to miss Oshino Hakkai when you visit Lake Yamanaka and the Fuji Five Lakes.