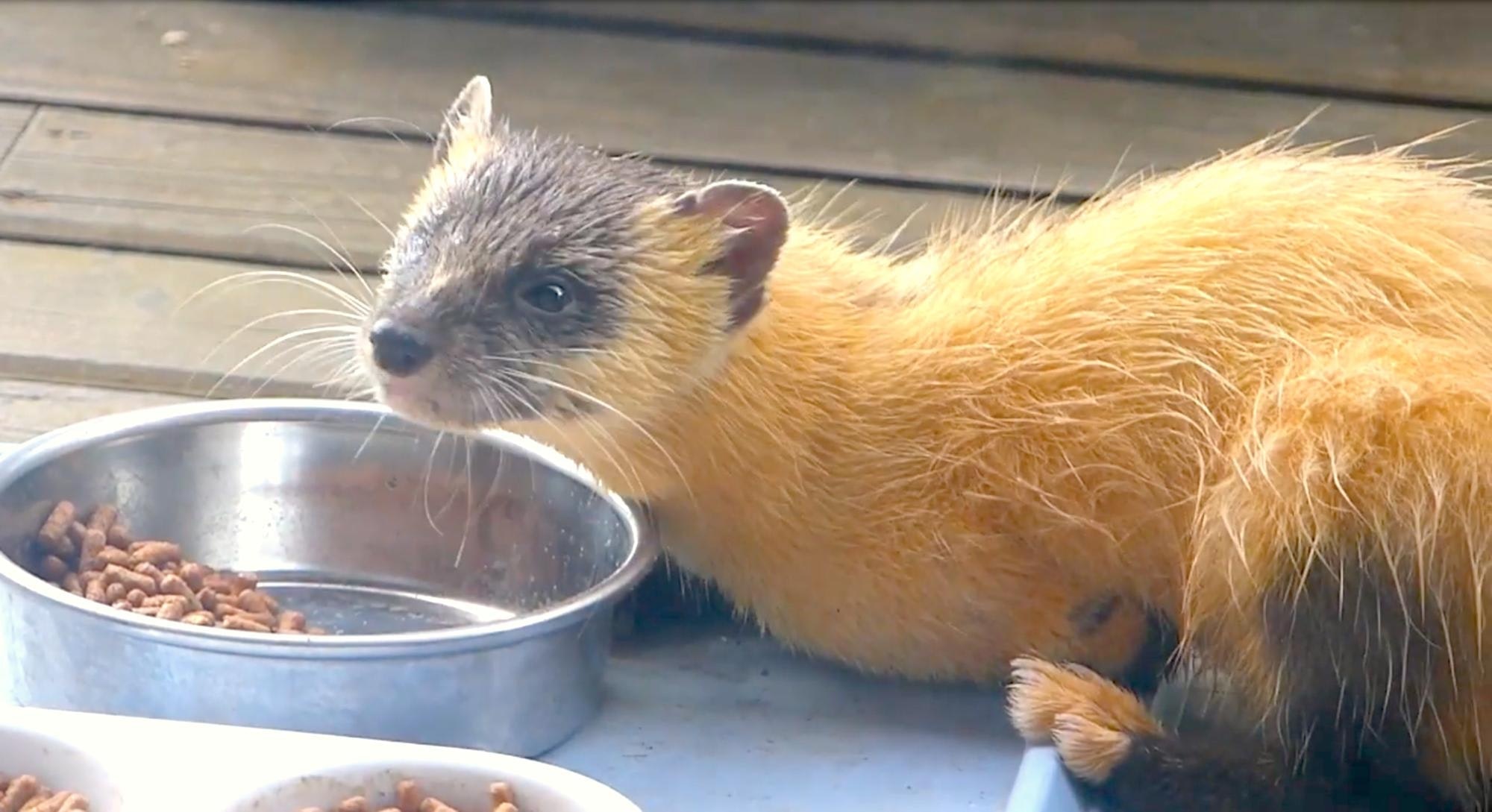 A Look at the Wild Marten!

This video, titled "A Close up of a Wild Marten" shows rare footage of a wild marten chowing down.

Marten are small animals similar to stoats, ferrets, and weasels.
The animal is often treated as a supernatural species in many parts of Japan.
There are legends and folktales about the marten that say it has the ability to shapeshift into a raccoon or a fox, and that the misfortunes that occur in villages are due to the work of the marten.
In this article, we'll explore the ecology and characteristics of the marten!

The Marten - Types and Habitat

The marten is a carnivorous animal that constitutes the genus Martes in the family Mustelidae.
Marten are generally 44-55 cm long with tails 17-23 cm long, and they weigh around 1 kilogram.

Most wild marten in Japan are found on Honshu (Japan's main island), but they are also widely distributed in Shikoku and Kyushu.
In Tsushima, Kyushu region Nagasaki prefecture, there is an endemic subspecies called the Tsushima marten.
The Japanese sable of Hokkaido is said to be a different species than the marten.
There are other types of marten around the world, such as the yellow-throated marten, American marten, Japanese sable, and European pine marten.

The Characteristics and Ecology of the Japanese Marten

In the wild, marten live and breed alone, using crevices in rocks and tree hollows as their burrows.
Their high pitched "squeaking" is one of their distinctive characteristics.

Wild marten are omnivores, feeding on insects, birds, fruits and many other things.
They sometimes appear in towns and destroy fields, so they are often treated as vermin. Their fur is reddish brown or dark brown in color, and they have different colored summer and winter coats.
Some marten are even known for their incredibly fine fur.

The wild marten shown in the video is seen constantly checking its surroundings as it chows down on some cat food.
Occasionally it stands up to check its surroundings as well. This can be seen at 0:46 in the video.
If you notice, the marten is also missing his front left leg, which may be the reason it's is relying on cat food, as catching its prey may be more difficult.

After seeing this cute critter munching on some cat food, you might even think you want to raise one yourself.

The breeding of wild marten is not prohibited in Japan, and they can actually be caught and bred with permission.
However, due to their aggressive and violent nature, there are few cases of keeping them outside of specialized facilities such as zoos.
That being said, it's probably difficult to care for one.

Summary of the Japanese Marten

In this article, we introduced the ecology of the wild marten.
As you can see in the video, you might encounter a wild marten in your backyard in Japan, but they are quite difficult to care for.

If you want to see some cute marten up close, we recommend visiting a zoo or animal shelter!