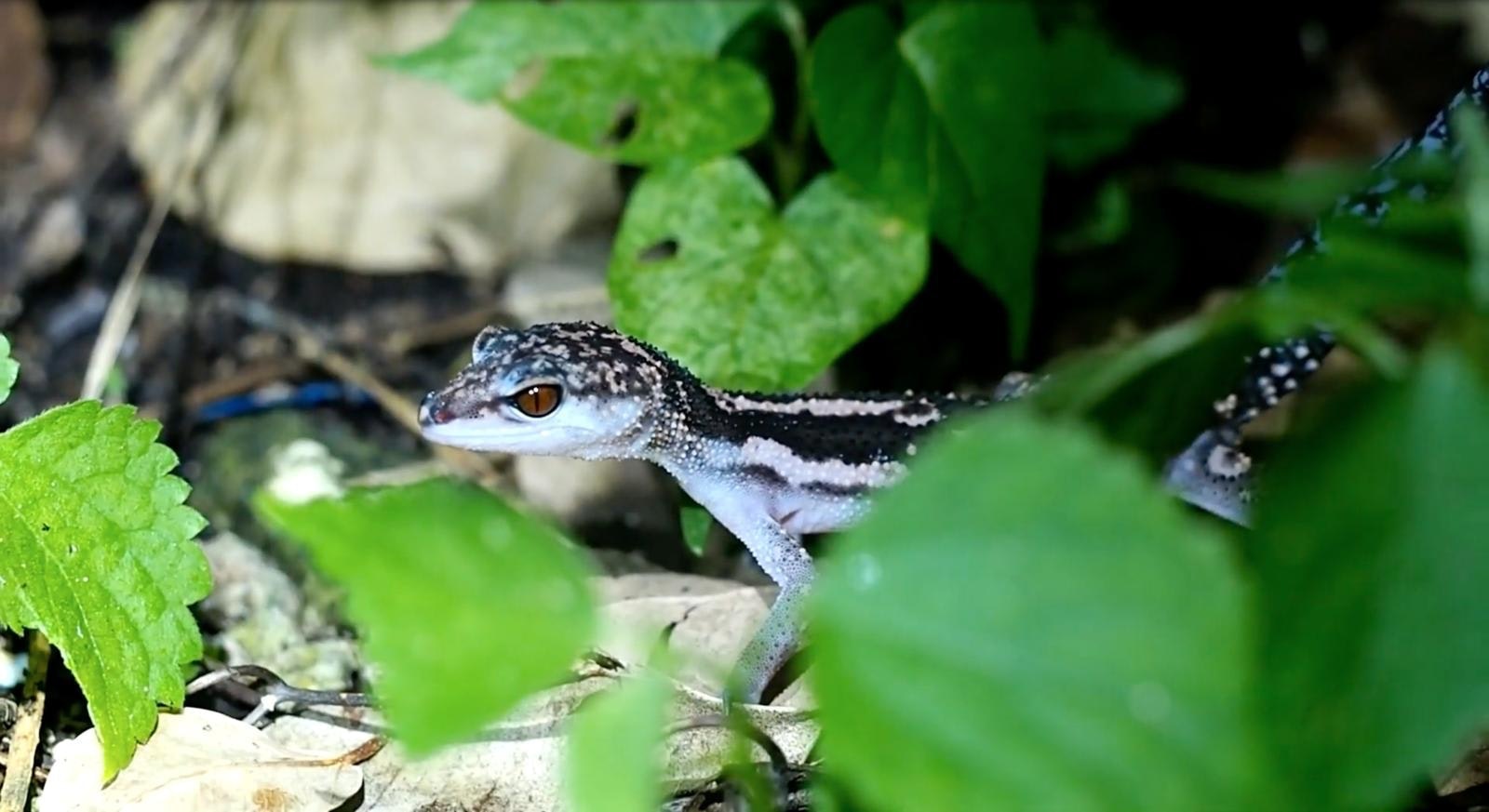 More About Kuroiwa's Ground Gecko- A Protected Species in Japan

The video featured this time is called "It looks like a lizard but it's not?!" It was created by "Toranosuke's Creature Movies" and it shows a close up look at the Kuroiwa gecko, a protected species.

The Eublepharinae family of geckos is a group of primitive geckos endemic to the island of Tokunoshima (徳之島) in Kagoshima prefecture (鹿児島県, kagoshimaken).
They differ from other geckos in that they have eyelids, allowing them to close their eyes.
Due to their underdeveloped feet, they cannot climb walls as well as other geckos.
As with other geckos, if they lose their tail it can grow back again.
An adult gecko is roughly 15-18cm in length, weighs roughly 7-17g and spawns in the warmer months from May to August.
They usually lay 2 eggs at a time, in one month intervals.

In this video, you will have the rare opportunity to observe Kuroiwa's ground geckos in the wild.
Did you know such a cute creature inhabited Japan?
Please take the time to enjoy our video!

Kuroiwa's ground geckos live deep in the mountains and can’t be seen in Naha (那覇) or other big cities in Okinawa.
Due to deforestation and loss of habitat, the number of Kuroiwa ground geckos has decreased in recent years.
Kuroiwa's ground geckos are carnivorous, feeding on mainly insects and ground worms.
Due to their nocturnal nature, you can't spot them during the daylight hours.

They are often referred to as Jihab or Ashihab by Okinawan people, and in the past they were wrongly believed to be poisonous.
The Kuroiwa ground geckos found in southern Okinawa (in the area surrounding Naha Airport) have a straight line pattern down their back, whereas the geckos found in northern Okinawa (in the mountainous regions) have slightly different markings.
You can see this distinct straight line pattern clearly at 0:58 and 4:34 in the video.

There are also subspecies of the Kuroiwa ground gecko found in Okinawa, each with their own unique and interesting markings.
Due to their collectability as pets, in the past they were poached and sold at a high price by foreigners.
In Japan they are designated as a protected species and therefore hunting and breeding of them is prohibited by law.

According to the Washington Convention's rules regarding business transactions of wild animals, the illegal hunting of protected species is prohibited in Japan.
Due to the rules of this treaty, endangered species in Japan are required to be actively protected.

However, that isn't the only problem threatening Kuroiwa ground geckos.
Non-native species such as mongooses, dogs, cats and the American bullfrog are common predators of Kuroiwa's ground gecko and are contributing to their dwindling numbers.

Summary of the Kuroiwa Ground Gecko

The protected species, Kuroiwa ground gecko, which is often amicably nicknamed the 'living dinosaur,' is a lizard rarely spotted in the wild in Okinawa but can be seen clearly in this video.

At 1:48 in the video, you can see their movements in detail as one gecko moves slowly across the forest floor.
Please enjoy watching the rare footage of this living fossil!