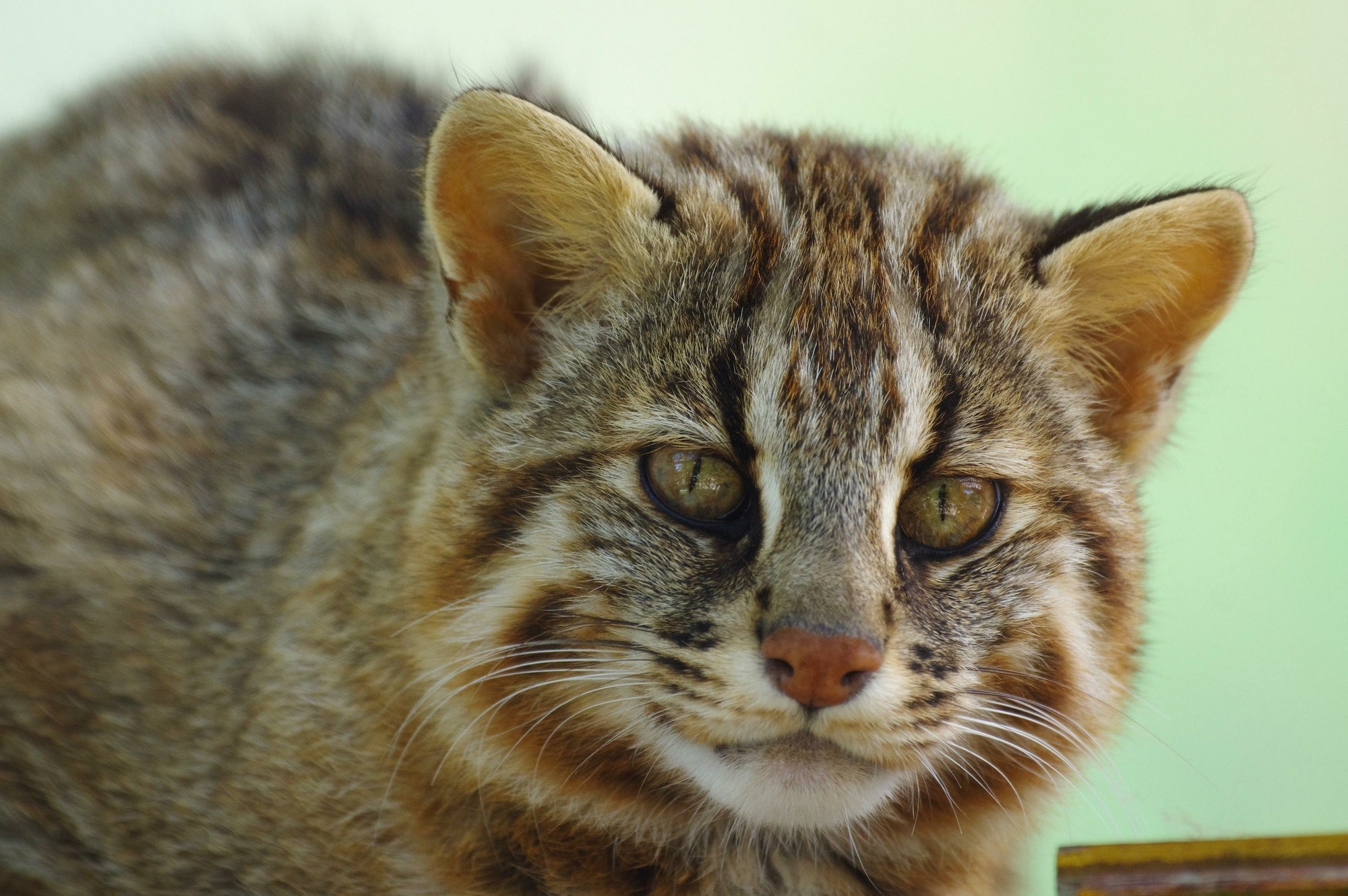 The animal introduced in this footage lives only in the wooded forest area around Tsushima in Nagasaki prefecture. It is a very rare wild cat.

What is the Tsushima Leopard Cat?

The Tsushima cat is classified as a member of the Carnivora order of cats, and its head-to-body length can reach up to about 50 cm for the larger cats. It's safe to say that they are about the same size as house cats.
Since 1997, thanks to conservation efforts by the Tsushima Wildlife Conservation Center, surveys have been held and artificial breeding carried out at the Fukuoka Zoo & Botanical Garden.

In this video, you'll see a plump Tsushima Leopard Cat. The weight of the wild cats is about 5 kg give or take, and being carnivorous, they mainly feed on small mammals and reptiles. Their life expectancy is around 10 years.
Presently, they are designated as an endangered species and a nationally protected species, so they cannot be pets without authorization.

You can see the Tsushima Leopard Cat energetically playing around in its cage in the footage. It is a very cute sight to see but every once in a while it looks at you with a piercing gaze, reminding you that while they may be cute, they also want their distance.

The Life and Characteristics of the Tsushima Leopard Cat

The difference between stray cats and feral cats is that strays were abandoned or lost and became feral, while wild cats have preserved their species in their long history without depending on humans.
At first glance, the Tsushima cat looks very similar to a house cat.

However, they have a pattern on the back of their ear called ocelli, which is only seen on wild cats.
From 8:49 in the video, you can see the Tsushima Leopard Cat relaxing and staying still, so keep your eyes open for the ocelli pattern.
Although wildcats are widely distributed across the Asian continent, the Tsushima leopard cat is said to have its roots in a subspecies of the Bengal wildcat.

In addition to the Tsushima leopard cat and Bengal wildcat, Asia is home to the Iriomote wildcat, the lynx, the Korean wildcat, and the Manchurian wildcat, but their populations are all believed to be in decline.

Why Is the Tsushima Leopard Cat an Endangered Species?

You might be asking yourself, "How did the cute Tsushima leopard cat's population decline to the point of being listed as an endangered species?"

The video also explains the five reasons for the decline in the Tsushima leopard cat's numbers from around 4:57 onwards, and sadly, one of the reasons is humans. This includes when they are trapped and die as a result of vermin control, or when they die in traffic accidents.

Since 1997, efforts to conserve the Tsushima Leopard Cat have been carried out by the Tsushima Wildlife Conservation Center, and from 2007, artificial breeding has been conducted at domestic zoos, such as the Kyoto Municipal Zoo. Their adorable appearance has been shown on the news and other media, and they became a hot topic of conversation when they were featured at zoos and conservation centers.

Currently, in order to prevent its extinction, efforts to conserve the Tsushima cat are expanding with the sale of goods, such as plush toys and the production of Tsushima leopard cat rice.
It's important for us to be aware of the importance of coexisting with nature to prevent the extinction of the lovely Tsushima cat, which can only be found in Japan.