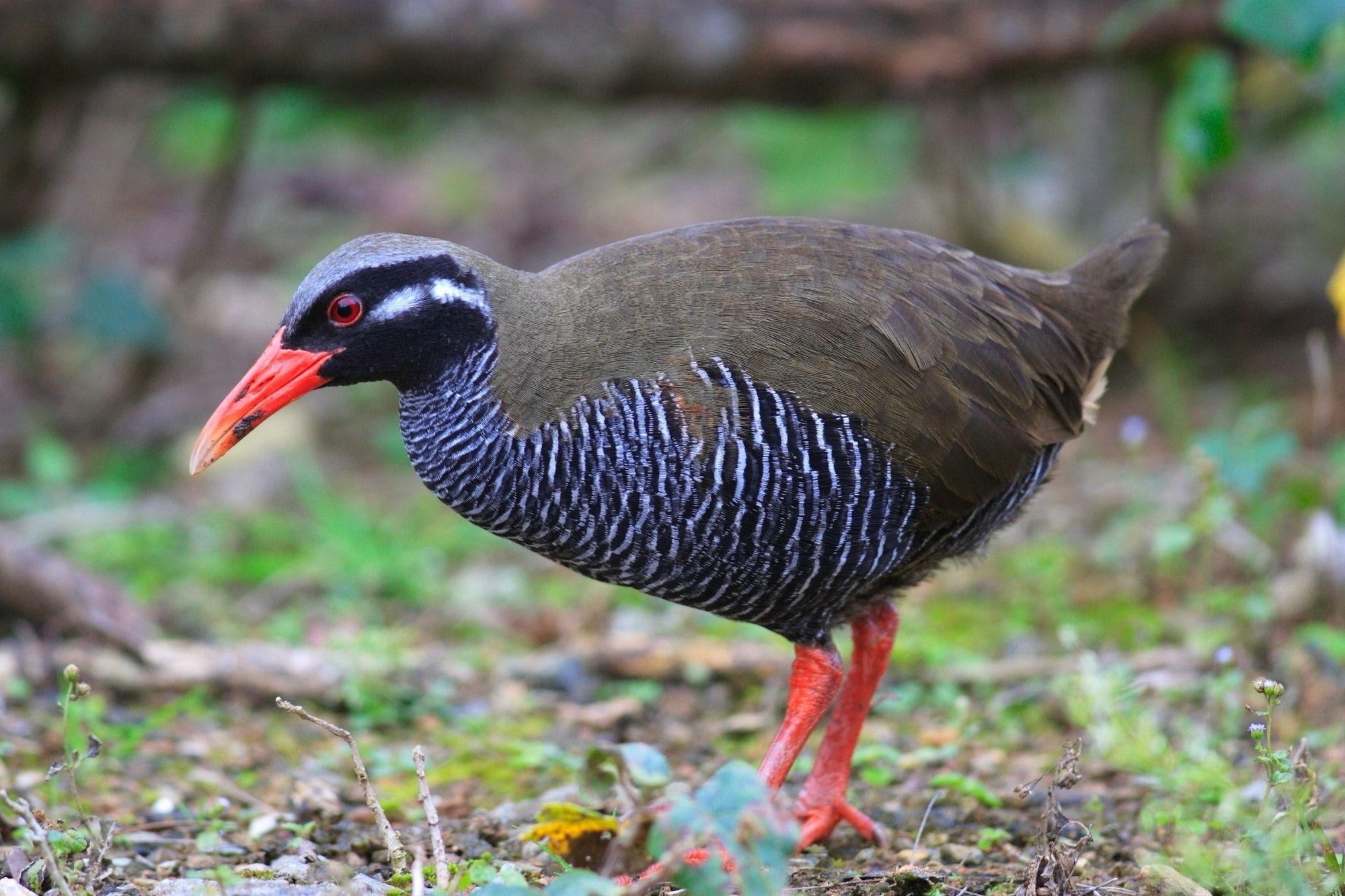 Introducing the Okinawa Rail - A Protected Species in Japan

This video, titled “Wild Okinawa rail (Kunigami, Okinawa prefecture) May 11th-12th, 2019（野生の ヤンバルクイナ (沖縄県国頭村) 2019年5月11-12日) introduces the Okinawa rail, a protected species on the Red List of the Ministry of the Environment. The Okinawa rail is also a critically endangered species and a Specified National Endangered Species of Wild Fauna and Flora. They are flightless birds and live only in Okinawa.

The Ecology of the Okinawa Rail

The wild Okinawa rail is characterized by the following morphology and characteristics:

・Birds, Order Gruiformes, Family Rallidae, scientific name: Gallirallus okinawae
・Size: approx. 35 cm in length with a weight of 230 gramst
・Wild distribution：The woodlands near Mt. Yonahatake
・Eating habits：Omnivorous
・Nesting：They build nests on the grounds of the forest, and lay about 4 eggs in breeding season.
・They have vestigial wings and are unable to fly, but parent birds have bright red bills and beautifully striped feathers.
Chicks have a protective coloring of deep black feathers.
・Their calls are distinctive, and very loud.

The Origins of the Name "Yanbaru Kuina," and the History the Okinawa Rail

The first discovery of the wild Okinawa rail by experts was in 1981, which is actually quite recent.
There are various kinds of Rallidae (rails) around the world, but it gained a lot of attention as the first rail species to be discovered in the wild.

In Okinawa Prefecture, they were called by different names such as Agachi, Agacha, and Yamadui, depending on the region, and it turned out that they are a species indigenous to the region with a long history. Therefore, they were named Yanbaru Kuina from Yamadui, which means bird of the mountains, using the Kanji "山原"as a phonetic equivalent (pronounced Yanbaru in Okinawa dialect).
Other than Yanbaru Kuina, Yanbaru Fumiru and Okinawa Kuina were other possible names.

The Okinawa rail is an endangered species of wild bird that can only be seen in Yanbaru Forest on the main island of Okinawa.
Even in Okinawa Prefecture, you cannot see them on remote islands such as Miyako Island.
They are a very rare endemic species.
The reasons for the decline in the Okinawa rail's population are due to deaths from car accidents and attacks by alien predators such as mongooses, Yellow fever mosquitoes, and stray cats.
At 0:10 in the video, an Okinawa rail is seen crossing the road at a brisk pace, raising concerns about traffic accidents.

Japan is still an island country with 70% of its land surrounded by forests, and there are many rare wild indigenous species that are only found in Japan, so it is said to be very important for the protection of indigenous species that we do not pollute the natural environment through overexploitation, nor bring dangerous alien species into the country without care.
Currently, the Ministry of the Environment is taking the lead in protecting the Okinawa rail, breeding mates, increasing their numbers, and returning them to the wild.

However, it is important not only to protect them strictly, but also to make people widely aware of Okinawa rails. In this way there are goods such as stuffed animals sold at roadside stations and airport shops in Okinawa.
These awareness raising activities are also part of the important protection policies.