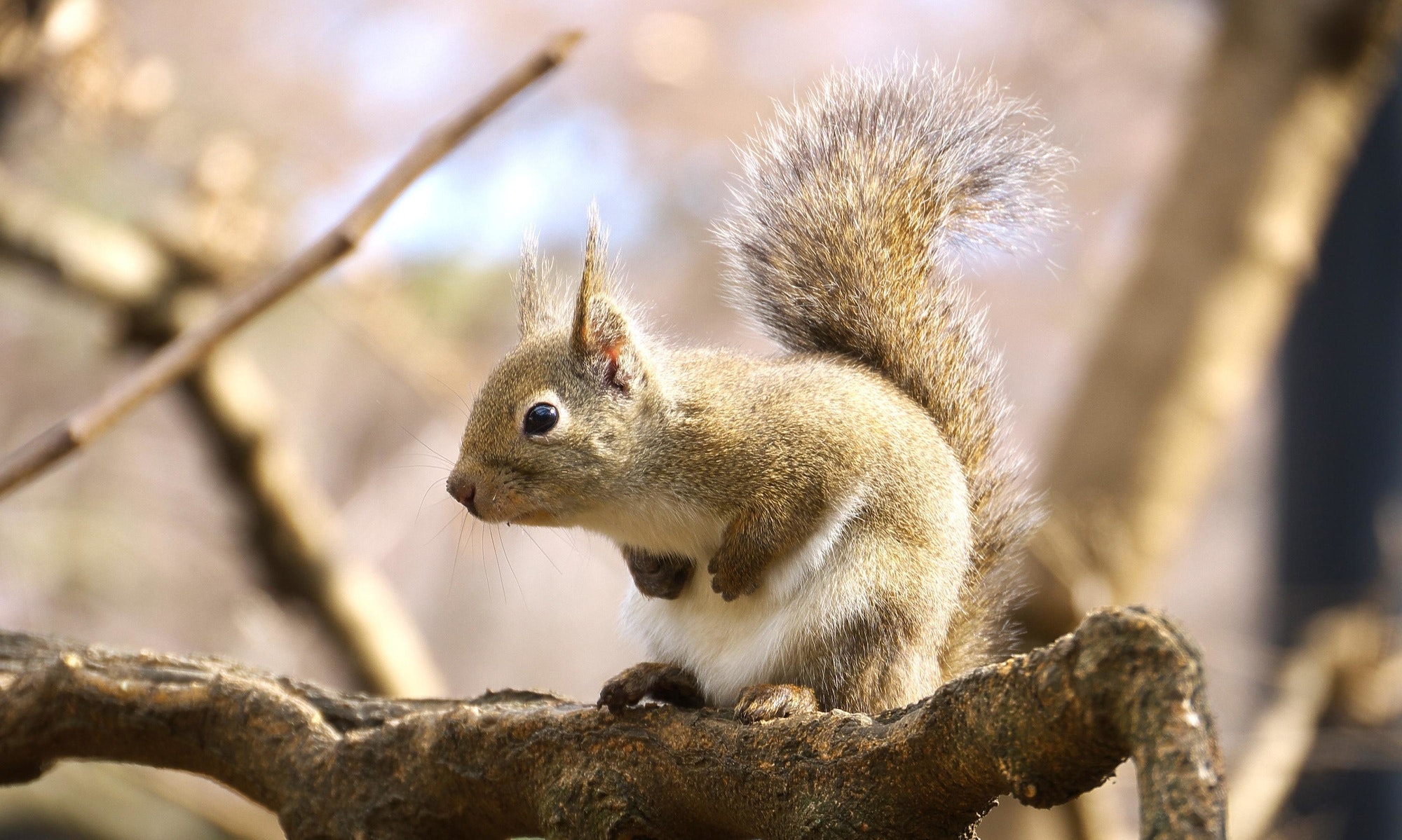 This video, titled "A Baby Squirrel in the Forest, Early in the Morning" (子リスの活動、早朝の森の中で), was created by "squirrelstail1."
It contains footage of a baby Japanese squirrel in the wild.
Squirrels at zoos are especially popular among children.

The Japanese squirrel is a member of the order Rodentia, family Sciuridae and genus Sciurus (齧歯目リス科リス属, gesshimokurisukarisuzoku), and is more commonly referred to as a rodent (齧歯類, gesshirui).
It is called both Nihonrisu (ニホンリス) and Hondorisu (ホンドリス) in Japanese.
An adult Japanese squirrel can grow to a height of 16-22 cm with a tail length of 13-17 cm and weight as much as 300g.
The underbelly and tip of their tail is white in color and the fur on their body is known to change color depending on the season.
Their summer coat is a reddish-brown color whereas their winter coat is more of a grayish-brown color.

The Japanese squirrel's call sounds like "kyuukyuu" (キューキュー) in Japanese.
You can buy squirrels at pet shops, and other pets, such as chipmunks, can be purchased for around 10,000 yen.
They're relatively easy to care for making them a popular small pet.
You can buy pellets or seeds to feed your pet squirrel at either a pet shop or home center.

The Japanese squirrel is mostly herbivorous.
They like to feed on Manchurian walnuts (オニグルミ, onigurumi) and the seeds and fruits of Japanese larch (カラマツ, karamatsu), Japanese red pine (アカマツ, akamatsu) and Japanese white pine (ゴヨウマツ, goyoumatsu) trees.
They are also known to occasionally eat insects and other small animals.
They store food in pouches in their cheeks and take it back to their nest where they will then bury and store it underground.
From 1:09 and 2:34 in the video, you can see adorable footage of a Japanese squirrel eating food it has found, using both of its tiny hands.

Distribution and Habitat of the Japanese Squirrel

The Japanese squirrel lives in subalpine zones and woodland areas.
They are diurnal animals who tend to be very active during the day and rest in the evening.
They usually spend most of their time in a set area but may occasionally venture outside of that area to look for food.

How to Distinguish the Japanese Squirrel From Other Squirrels

Summary of the Japanese Squirrel

This video shown in this article contains footage of the Japanese squirrel.

You won't be able to take your eyes off the cute Japanese squirrel as it plays in the forest early in the morning.
If you love animals, be sure to check out the video!