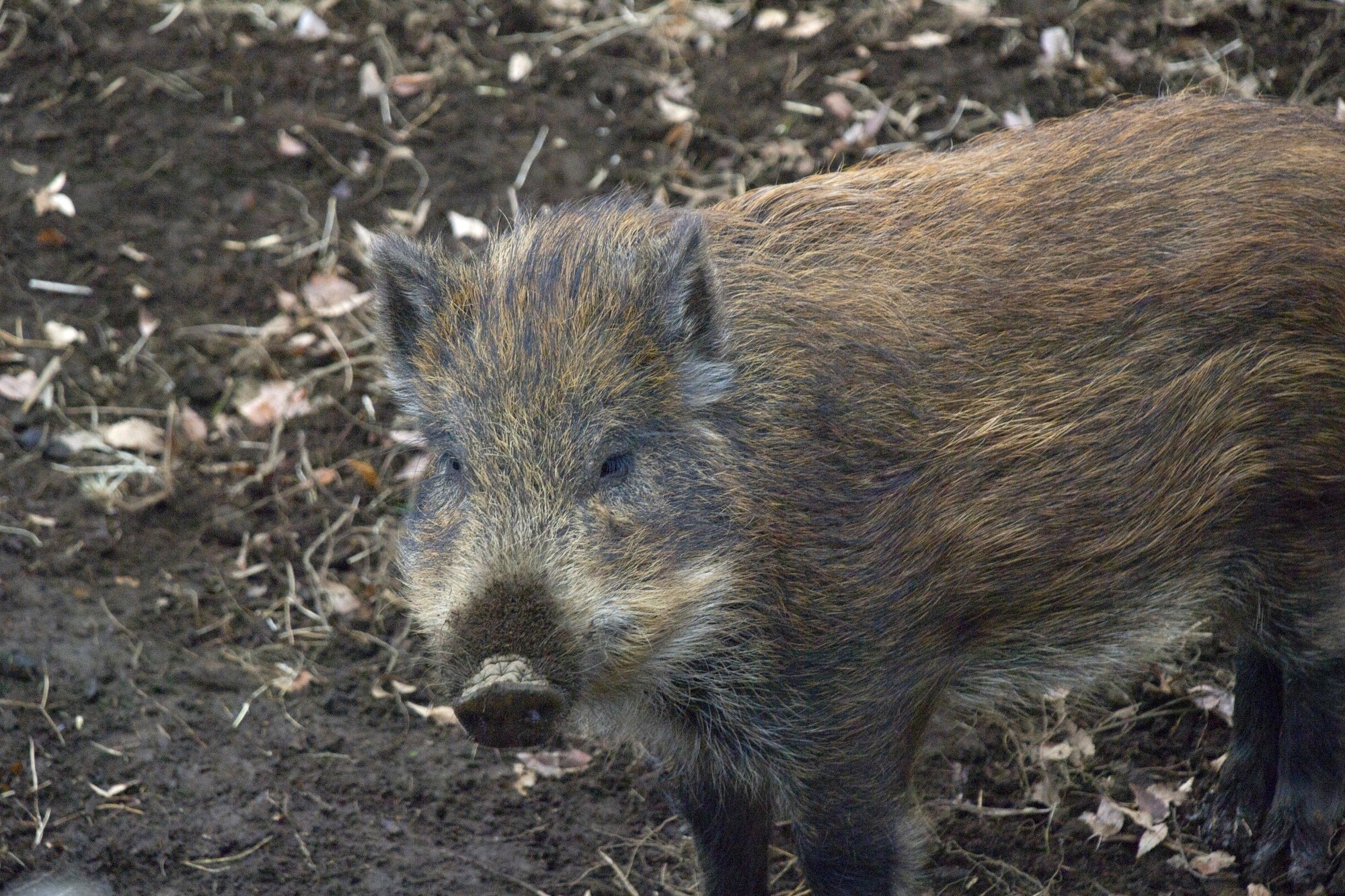 The large, sturdy body of the Japanese wild boar was filmed from up close, showing off just how strong it is.
Feel the power of the wild Japanese boar in the video!
Be sure to follow along as you read this article!

The Japanese wild boar is a member of the Suidae family and Artiodactyla order.
Its scientific name is "sus scrofa," and it's often just called a boar.
Its characterized by its ability to lunge and be aggressive.
On the other hand, it's timid and acts with caution.
Moreover, the boar is known as the "Pig," which is one of the twelve Chinese zodiacs, and young boars are called "piglets."

Japanese boars have hard, thick, and coarse fur, the color of which is generally brown or dark brown, but every once in a while white boars are found.
The lifespan of the Japanese boar is about 10 years.
They also have the ability to jump and they can leap 1 meter high without a run-up.

Normally they are active in the day, but their behavioral pattern changes to that of nocturnal animals when they are in an area with humans.
They have a wide range of activity and have been reported to travel up to several kilometers a day, and their keen sense of smell allows them to sniff out crops, and they can even destroy farmland.
They also occasionally swim to nearby islands.

Historically in Japan, wild boars had been hunted for meat.
People used to eat meat from boars, deer, etc., but eaten meat was mostly avoided after the introduction of Buddhism to Japan.
Even in the present day, they are caught by the likes of the matagi (traditional winter hunters), and eaten in game meat cuisine, wild boar stew (ぼたん鍋, botan nabe), and more.

Wild boars originally lived mainly in Asia and Europe, but were introduced to the Americas and Australia by human intervention.
While boars now inhabit many places around the world, with a wide range of sizes and varying habitats.

In northeast China and Alabama in the US, boars that weigh more than 300 kg have been reported.
In Japan, there are 2 subspecies, the Japanese boar that inhabits Honshu, Shikoku, and Kyushu, and the Ryukyu boar in Okinawa.

The Danger of the Wild Japanese Boar

Wild Japanese boars are timid by nature and rarely attack humans by themselves, but they may be provoked when encountered at close range or if agitated.

The Japanese wild boar can run at speeds of up to 45 km/h and, they have incredibly powerful lunges, making them very dangerous if they decide to attack.
If you are passing through an area where there have been reports of boars, you can use bells or other sounds to alert people.

Wild Japanese wild boars are omnivorous, eating mostly plants, fruits, bamboo shoots, and mushrooms that grow in the forests.
You can see a close-up of a wild boar eating at 0:25 in the video.
They have been reported to destroy crops and plants, so those who live near a forest are advised to be careful.

Summary of the Wild Japanese Boar

The video featured in this article gives an up close look at Japan's wild boars.

It's an animal you won't find in zoos, so be sure to check it out!
If you're a fan of animals, be sure to give it a watch!