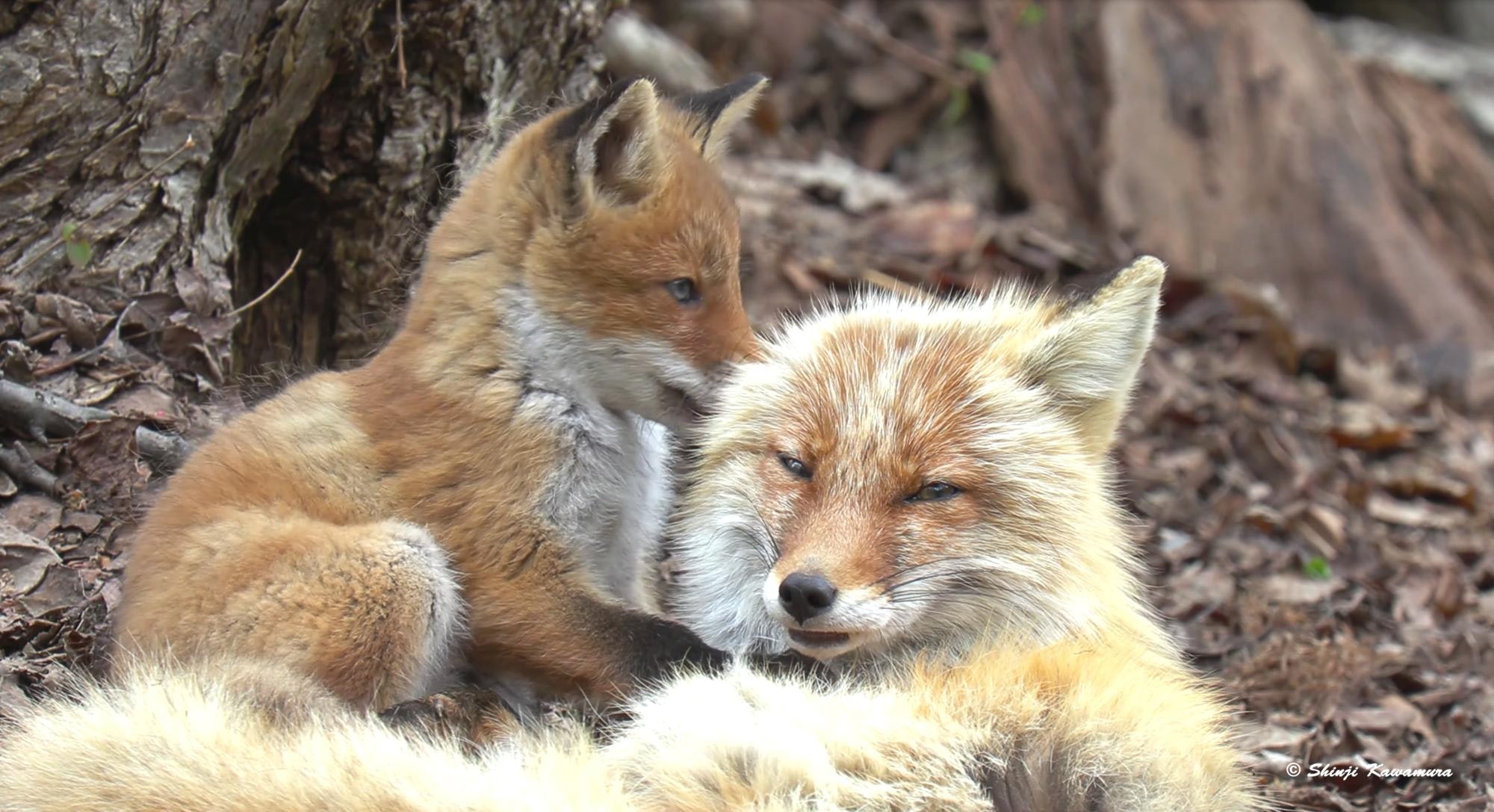 This video "Parent and child of fox" shows the state of the ezo red fox inhabiting In Hokkaido's, lush wilderness.
You can see many wild animals such as raccoons and foxes in Hokkaido's outdoors. Be sure to watch the video to follow along.

What Are Ezo Red Foxes?

Ezo red foxes are an endangered species that are widely distributed throughout Hokkaido and are also calledSakhalin. They have been frequently seen in Aomori Prefecture in recent years.
It is a subspecies of the red fox that inhabits various places, and it is a carnivorous mammal.
It is slightly larger than the Japanese red fox inhabiting Honshu.
Its life span is generally said to be around 10 years.

Ezo red foxes make high-pitched calls such as “can-can” and “wan-wan” They often eat rats, birds, and insects as food.
And sometimes they come to residential areas in search of food.

In this video, the kit stays close to its mother for safety and to play.
From 0:06 in the video, they give playful bites and cuddle each other.
It is a very cute, relaxing video about 3 minutes long.

Where Can I See an Ezo Red?

You may want to encounter a wild ezo red fox, but be careful as wild animals can have a parasite called Echinococcus.

Kitami City, Hokkaido, has a fox specialty zoo “Ezo Red Fox Ranch”, where you can observe the ecology of cute red foxes in safety.
Although it is in Hokkaido, it is quite far from Sapporo City.
So if you visit Kitami City, we recommend making a hotel reservation.

The family of red foxes shown in the video is very adorable.
Ezo red foxes live together in the harsh natural environment of Hokkaido.
There is also a crepe shop in Fukuoka Prefecture called "Northern Fox's Favorite", which is popular with locals and tourists.