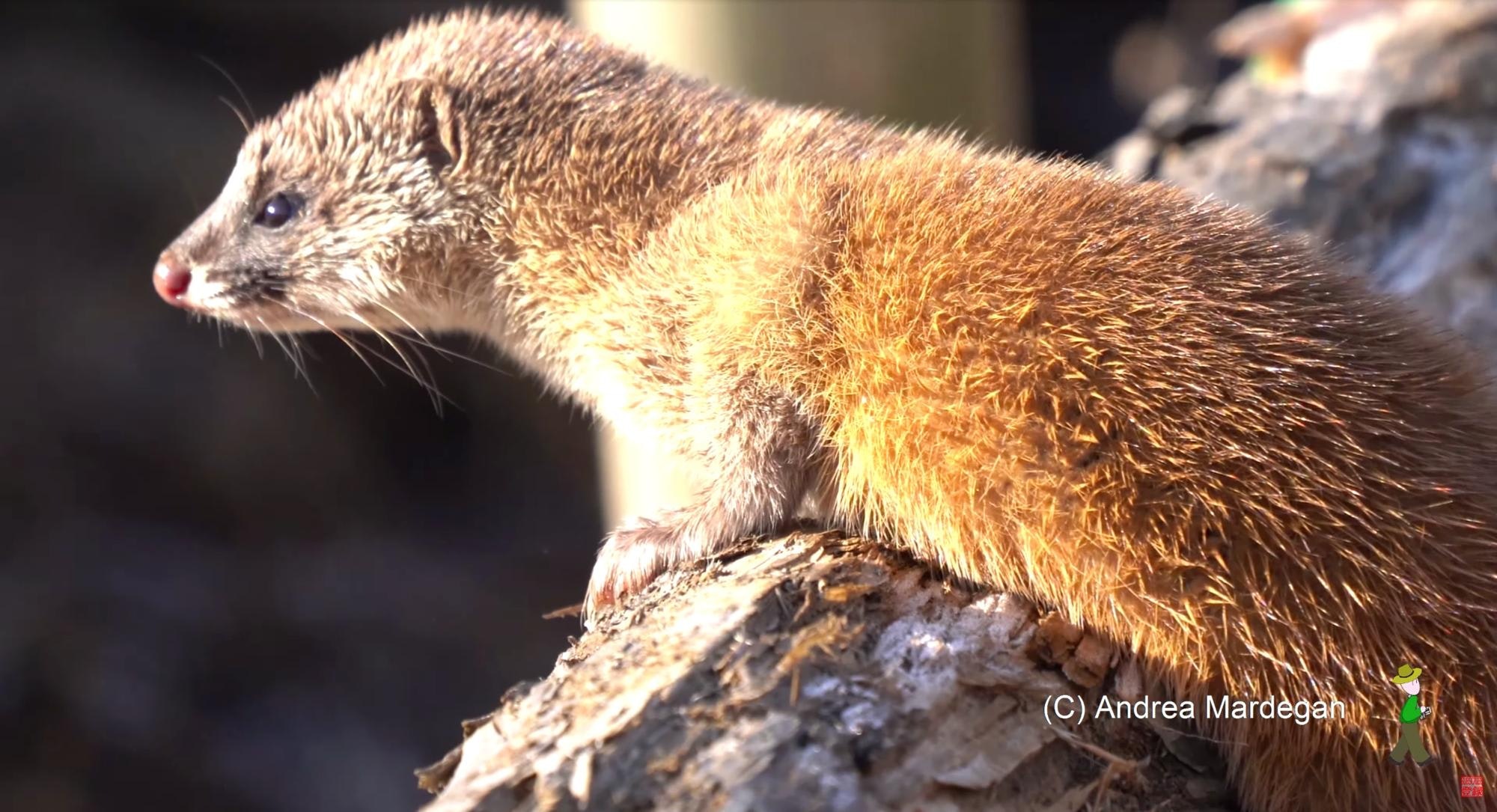 An Introduction to Japanese Weasels!

The Japanese weasel (Mustela itatsi) is a mammal similar to the Japanese otter, and is endemic to Japan.
Their body size ranges from 27 to 37 centimeters in length for males and 16 to 25 centimeters for females, with a weight range of 290 to 650 grams for males and 115 to 175 grams for females.
Their fur is a brownish-red to a yellowish-orange, and it belongs to the genus Mustela in the family Mustelidae.
It is similar to the masked palm civet or the Japanese marten in appearance, and makes squeaking sounds.
Its average lifespan is 1.9 years.
You wouldn't be able to tell that something so cute was so vicious, just by looking at it.

A Look at the Endangered Japanese Weasel

This video was shot in Moriya city, Ibaraki, in Japan's Kanto region. In this video, we see the Japanese weasel swimming under ice starting around 1:05, swimming in the water around 1:33, and running wildly about at 3:05.

The Ecology of Japanese Weasels

Japanese weasels don't hibernate, and are active throughout the year.
They use holes and crevices as nests, but they generally just prefer any sort of hole, regardless of it being their den.

Japanese weasels are solitary animals that are active during the day and night. They live near bodies of water such as rivers, lakes, and bogs, and are excellent swimmers thanks to their webbed hands and feet.
At around 1:35 in the video, they can be seen swimming about, just like otters.
They eat meat but also eat plants as well, making them omnivorous.
Japanese weasels were introduced to Tokyo as a form of pest control.
Its natural predators are birds of prey such as hawks and owls, and mammals larger than the Japanese weasel, such as foxes and cats.
Japanese weasels didn't originally inhabit in Hokkaido. However, they were unintentionally brought there by ships that some Japanese weasels had snuck onto, and landed in the region.
Most of the Ezo weasel (Ezo Itachi, エゾイタチ) species in the literature refer to the Ezo Okojo (Mustela erminea Orientalis), which is a slightly smaller species than the Japanese weasel.

Siberian weasels were also introduced to the Honshu region as non-native animals. They used to only inhabit Tsushima in Japan's Kyushu region, but after the Manchurian Incident, it was introduced to Japan and raised for fur production.
Unfortunately, Siberian Weasels won the competition for survival against the Japanese Weasel and expanded their territory.
Therefore, Japanese weasels are listed on the IUCN Red List as a near threatened species and as endangered species in both Saga prefecture and Osaka prefecture. They are also designated as a game animal by Wildlife Protection and Hunting Management Law.
There are three major differences between Japanese weasels and Siberian weasels.

Summary of the Japanese Weasel

What'd you think about the Japanese Weasel? Although this animal is indigenous to Japan, it's difficult to see these days.
We hope you enjoy the rare footage of these cute critters!