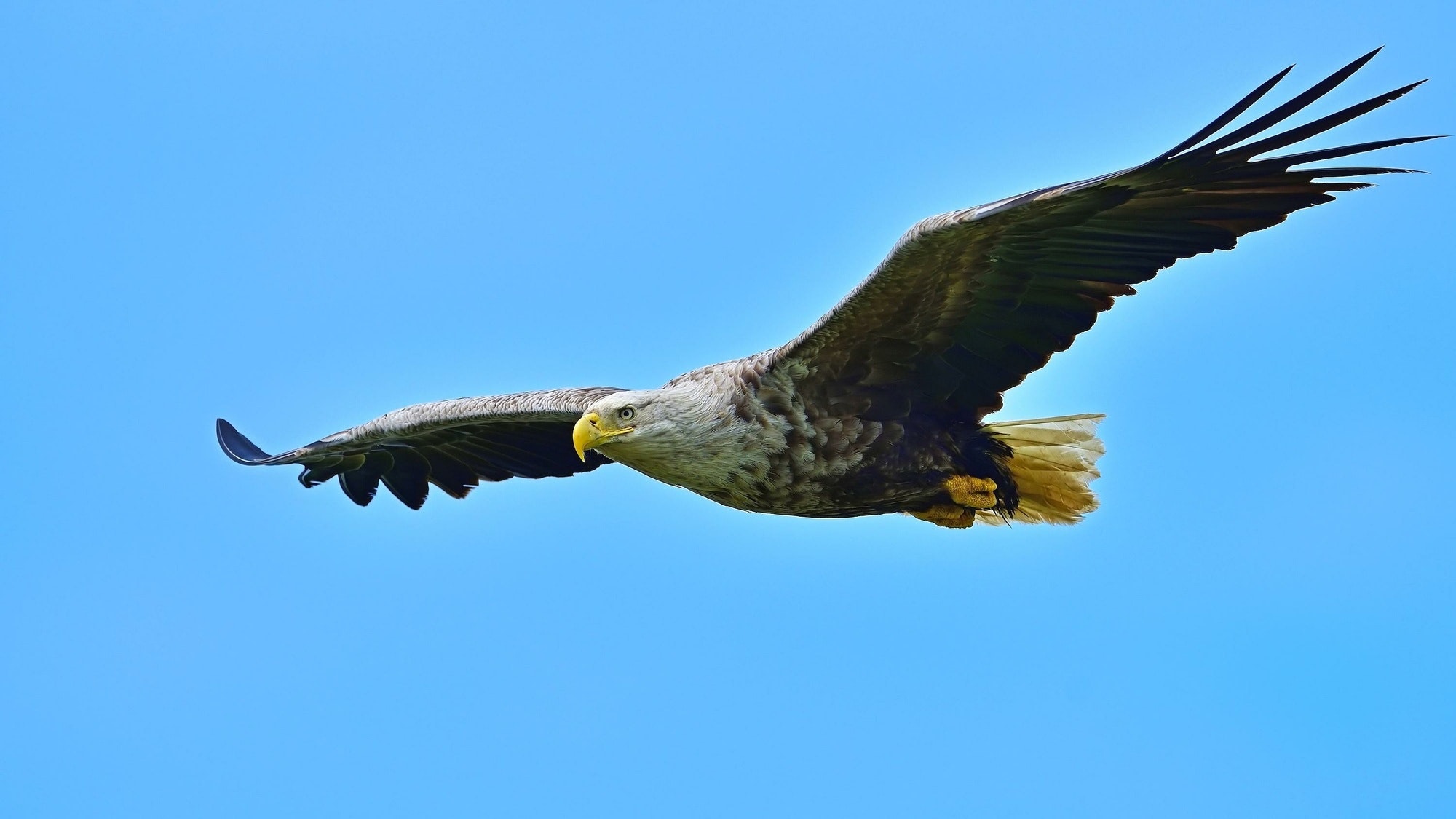 The White-Tailed Eagle of Hokkaido!

Let's take a closer look at the white-tailed eagle, which, along with the Steller's sea eagle, is known as one of the largest eagles in the world, and learn more about its biology.
The video also shows white-tailed eagles catching fish at the Akan International Crane Center.

Photo：A white tailed eagle from the side

The white-tailed eagle is a member of accipitriformes order, accipitridae family, and Haliaeetus genus, and can be found in the northeastern part of Hokkaido, Japan.
It is a protected species and is currently listed as a rare wildlife species in Japan, and is listed as an endangered species on the Red List of the Ministry of the Environment.

White-tailed eagles are 70 to 98 centimeters in length, with a wing span of 180 to 240 centimeters, and weigh 3 to 7 kilograms.
They have white plumage and a slightly muffled call.
Young birds are covered entirely with brown feathers and have white spots, but the spots disappear with age.
They are carnivorous and have an average lifespan of about 20 years.

More About the White-Tailed Eagle

In rare cases, they also fly from northern Honshu to the Chubu and Kyushu regions.
The Akan International Crane Center Gloss, introduced in the video, is a facility that provides information on a variety of wild birds, including the Japanese crane, which is shown at 0:44 in the video, and we definitely recommend giving it a visit.
It's also well known among aviation fans that the JASDF's Phantom aircraft had a white-tailed eagle pattern painted on its vertical stabilizer.

In the video, the white-tailed eagle is seen flying in a circle over the heads of the Japanese cranes, but it's actually aiming at its prey, and at 2:00 in the video, it finally goes after it.
This is the highlight of the video, so be sure to check it out!

In this article, we introduced a fascinating bird you can find in Hokkaido, the white-tailed eagle.
If you want to see the beautiful white-tailed eagles shown in this video, why not plan a bird-watching trip to Hokkaido?