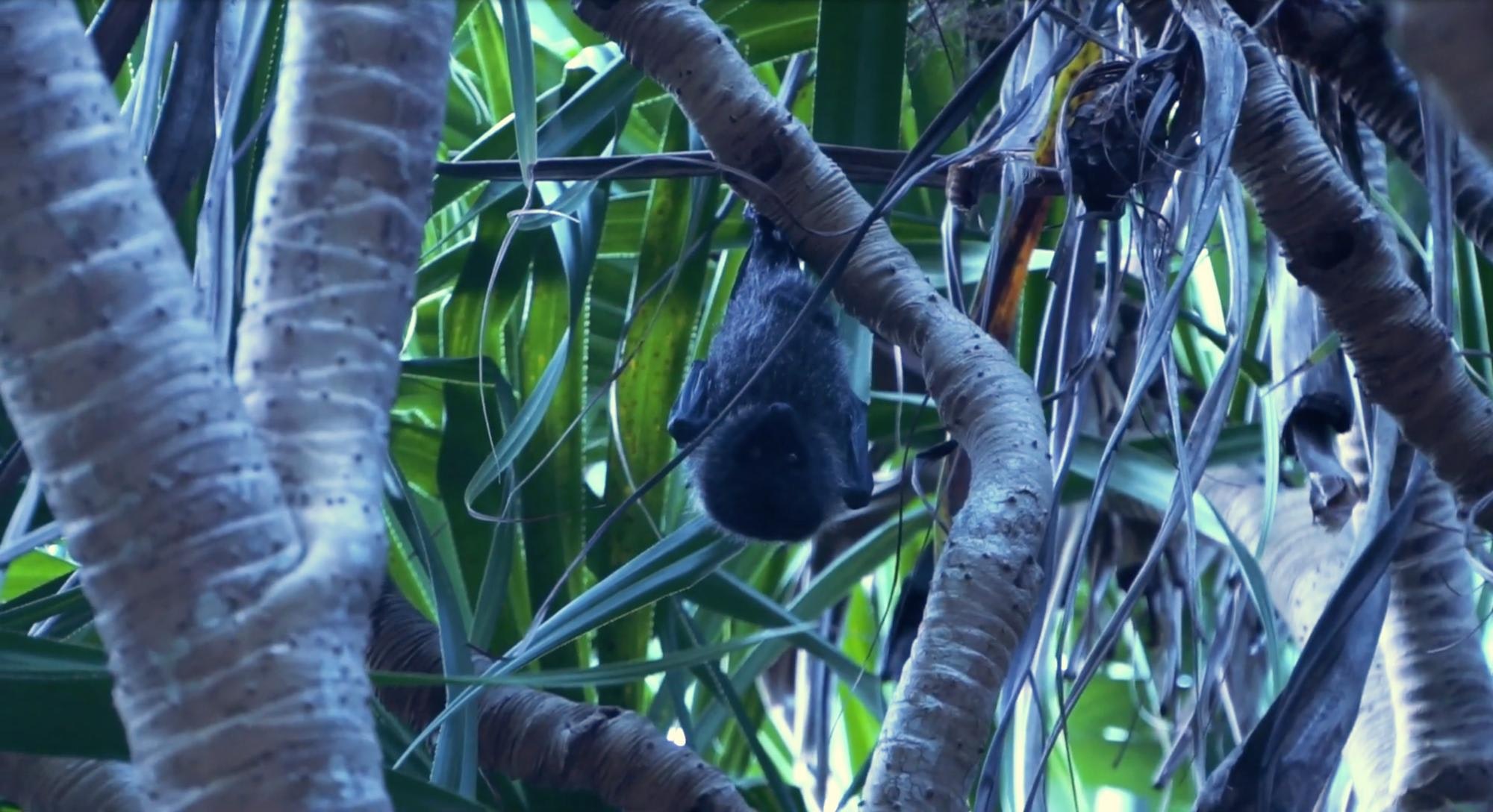 This video, titled "Bonin Flying Fox" (オガサワラオオコウモリ), is an informational video that contains footage of the Bonin flying fox. It was posted by "Chichijima Polaris."

A Closer Look at the Bonin Flying Fox

The Bonin flying fox is about 20-25 cm long with forearms that are about 13-15 cm long.
It is a nocturnal herbivore, and is seen as a pest because it feeds on the citrus fruits and other such things on the island.

However, the reason for this is actually a lack of food; it’s estimated that only about 100 of them currently exist.
They were designated as a protected species in 1969 and began to be protected as a Domestically Endangered Species of Wild Flora and Fauna in 2009.

Where to Find a Bonin Flying Fox

The Bonin flying fox introduced in the video is very cute (granted it's a bat).
On the Ogasawara Islands, there is a night tour where you can gaze at star-filled skies, something you can only find on a remote island!
On this night tour, you can observe Bonin flying foxes as well as glow in the dark mushrooms and other natural scenery.

The Bonin flying fox cannot be kept as a pet, as it is an endangered species, but you can keep bats as a pet depending on the species.
If you're interested in bat-keeping and looking for a new friend, be sure to stop by a pet shop to gather information on them.

Summary of the Bonin Flying Foxe

In this short, 2-minute video, there's plenty of footage of the cute Bonin flying fox. Be sure to watch the video to check out the cute little critter!

The Bonin flying fox was previously put on a special stamp as part of a nature conservation series and is popular among stamp collectors.
If you were captivated by the cuteness of the Bonin flying fox, keep your eyes peeled for these stamps or other bat-themed products!