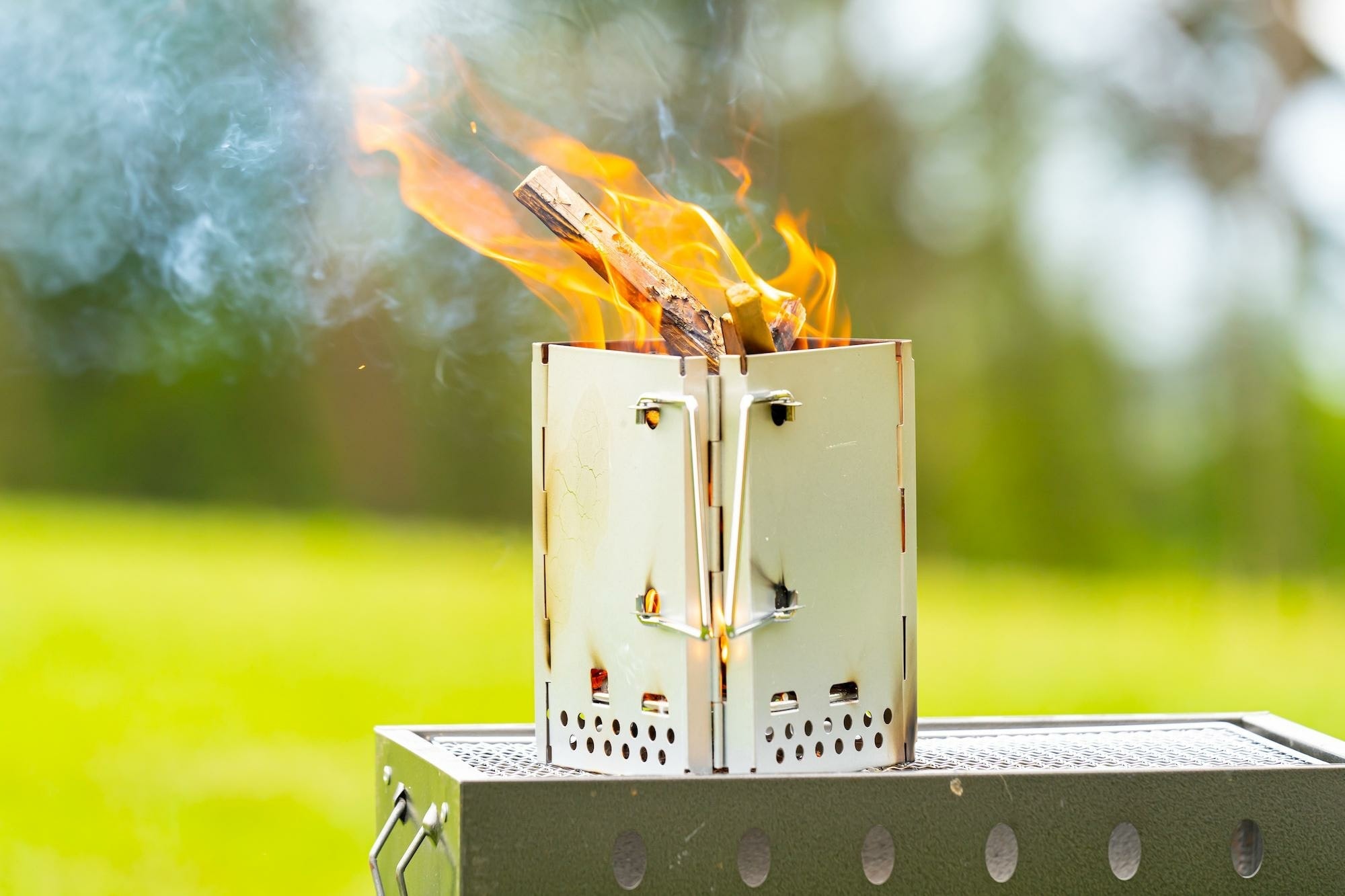 For Campers Who Have Difficulty Lighting a Campfire

Making a fire gets easier the more you do it, but it can be difficult for novice campers. Campfires and barbecues are two of the best parts about camping and the outdoors. In this article, we'll introduce how to use a chimney starter so that those new to the outdoors and those who are finding it difficult to start a fire, can do so with ease.

This video, titled "The Easiest Way to Start a Campfire｜How to Light Charcoal Without Fail Even for Beginners" (1番簡単な火おこしのやり方｜初心者でも絶対に失敗しない炭に火をつける方法), was uploaded by "Izu no Nushi Tsuri" (伊豆のぬし釣り).
If you're like most campers you've probably struggled to light a fire at some point when camping or enjoying the outdoors. With the help of this video, you can learn how to easily light a campfire using a chimney starter.

What is a Chimney Starter?

Although oga charcoal burns long and can be used for 2 to 3 hours, it can be difficult to light. In this video they use said oga charcoal. If you can master how to use it, you can start building fires efficiently.

How to Use a Chimney Starter

So, without further ado, let's take a look at how to use a chimney starter.

The fire spreads from the igniter to the charcoal placed on top. Even a novice outdoorsman can light oga charcoal with a chimney starter. The idea behind the chimney starter is to use the air flow and the rising air currents to stimulate combustion.

If you use the chimney starter to light a fire when you arrive at your campsite, you can start the BBQ (barbecue) when you've finished setting up your tent and other equipment.

Use Air Flow to Efficiently Start a Fire

When it comes to camping, outdoor cooking is what it's all about. Family campers and solo campers alike can enjoy cooking a variety of different foods. Some experienced campers make their own chimney starters using the chimney effect. However, beginners should start with a commercially available chimney starter.

A chimney starter can start a fire in a short time and can be conveniently packed. The stainless-steel design also makes it rust-resistant.

Summary of How to Use a Chimney Starter

In this article, we introduced how to light charcoal using a chimney starter. You may have been surprised at how much easier this method can be. If you're struggling to build a campfire or not feeling confident about your fire making skills, it might be a good idea to have a chimney starter so you can enjoy your time camping in the outdoors while relaxing around a fire and eating delicious barbecue instead of worrying about getting your fire started.
For some people, building a fire is one of the best parts of being outdoors, but if you prefer to prioritize mealtime over the time spent on starting a fire, consider picking up a chimney starter.