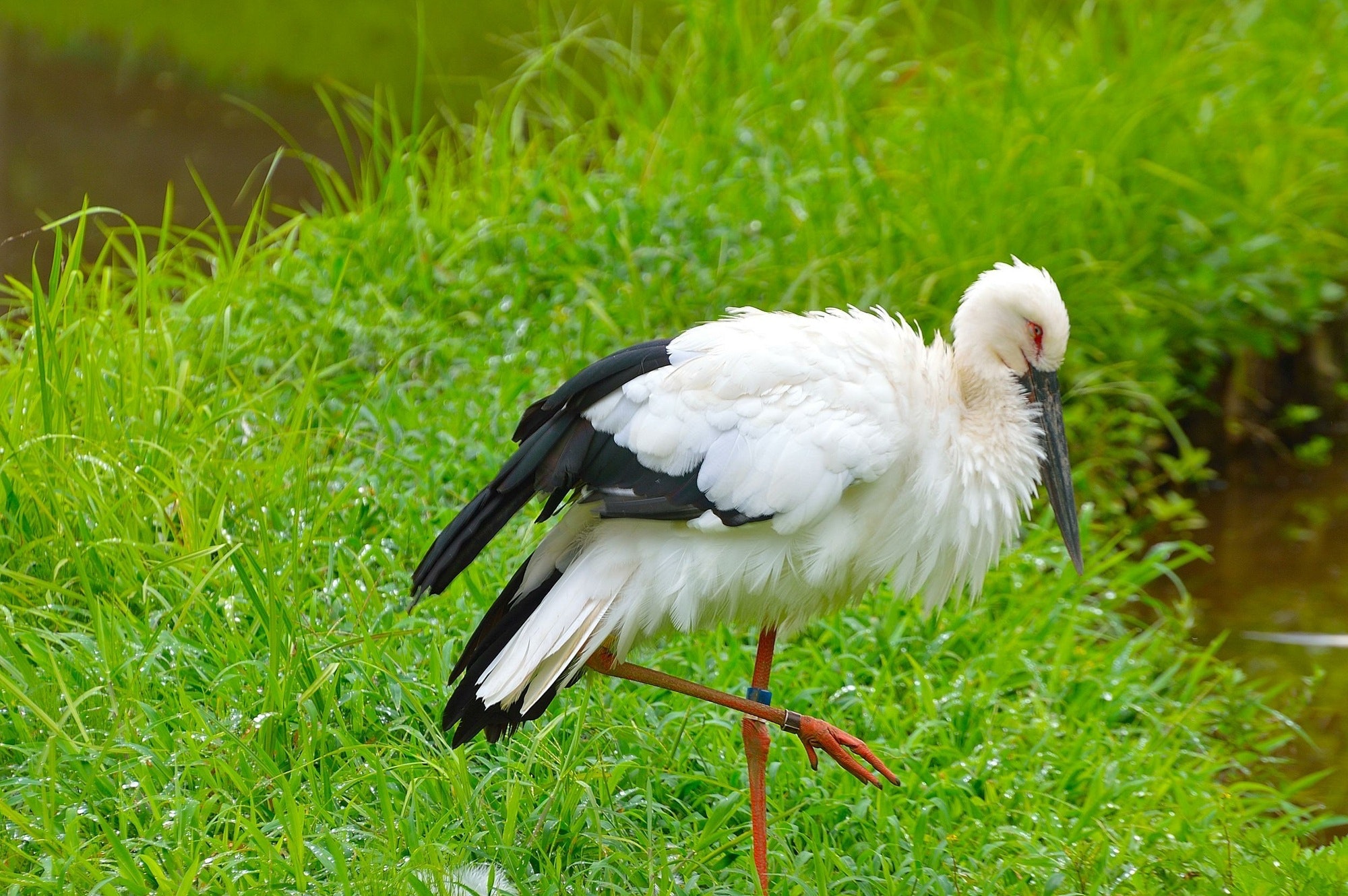 This video, titled "Hyogo Park of the Oriental White Stork," released by "ibukivideo," shows rare footage of the Oriental Stork.
Japan was once home to wild Oriental storks; however, they disappeared from the skies of Japan in 1971...

Hyogo Park of the Oriental White Stork is a research facility for storks located in Shounji, Toyooka, Hyogo prefecture in the Kansai region of Japan. You can learn about the research on Oriental storks at the Kounotori Stork Sanctuary which is attached to Hyogo Park of the Oriental White Stork and can be seen at 1:11 in the video.
Be sure to stop by the nature observation and learning zone where you can observe the ecology of storks, and "Kounotori Honpo," a Toyooka City Community Exchange Center where you can purchase stork related merchandise.

In addition, there are also research facilities that breed storks, such as the Nature Acclimation Zone, the Stork Conservation and Propagation Center, and the Nature Zone.

About the Oriental Stork - Ecology and Feeding Habits

The Oriental stork is an endangered species of bird in the family Ciconiidae, order Ciconiiformes, and genus Ciconia and is an internationally valuable bird.
They are distributed throughout Asia, measuring 110 cm in length, weighing between 3 and 5 kg, and are characterized by their appearance similar to that of a crane.
There are many folklore stories about storks bringing babies into the world.
In Japan, the storks once lived in the rice paddies and rivers of the mountains and woodlands.
As you can see at 2:35 in the video, their nests are approximately 1 metre wide.
Their diet consists of fish and insects.
Adult storks do not have a well-developed vocal system, so they cannot be heard except when they are chicks.

During the Meiji period (1868-1912), the number of storks in Japan was drastically reduced due to over-hunting, and besides a few protected individuals in the Tajima area of Hyogo Prefecture and the Wakasa area of Fukui Prefecture, they were hunted to extinction.
In 1908, a ban on hunting the Oriental stork was put in place, and its habitat was designated as a national natural monument in 1921.
The lifespan of the stork is said to be over 30 years; however, it is not yet known how long they live for in the wild.

Summary of the Oriental White Stork