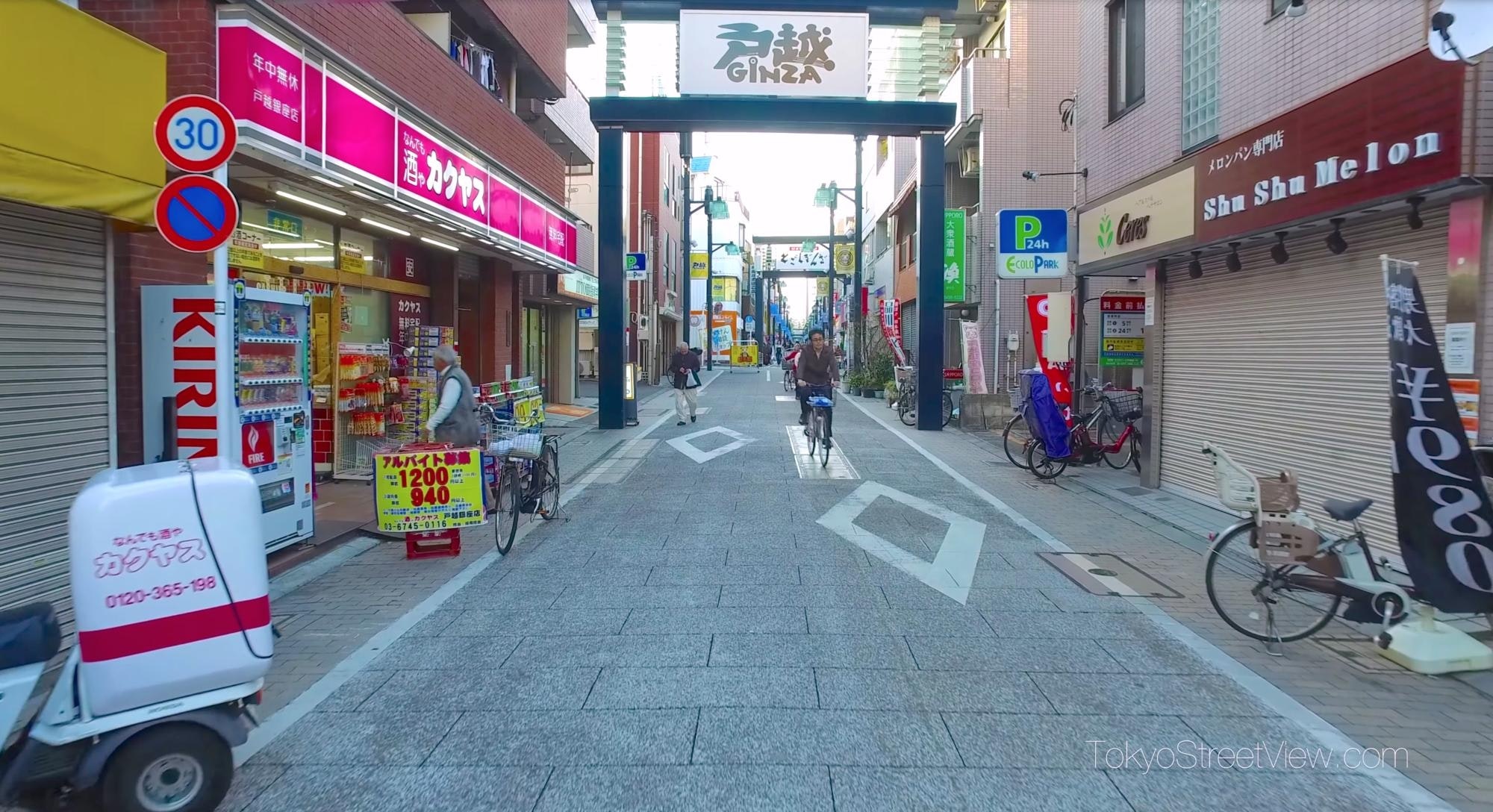 What is Togoshi Ginza Shopping Street?

This camera is fixed from the cameraman's point of view, making it an almost virtual reality experience.

The History of the Togoshi Ginza Shopping District

Nowadays, there are many shopping streets in Japan called "〇〇Ginza" (pronounced Maru Maru Ginza), but the one on Togoshi-Ginza shopping street was actually the first in Japan.
It's located next to Togoshi Ginza Station on the Tokyu Ikegami Line, but there's also the JR Yamanote Line's Gotanda Station within walking distance, so it' s easy to get around.
You can see the Tokyu-Ikegami Line railroad crossing at 10:32 in the video.
The restaurant is crowded with businessmen and housewives at lunchtime on weekdays.

Besides the origin of Togoshi Ginza's name, there's also the origin of the shopping district itself. This actually has to do with the Great Kanto Earthquake of 1923.
The unprecedented catastrophe caused devastating damage in a large area from downtown Tokyo to Hiratsuka, Kanagawa Prefecture.

At that time, the Shinagawa area was an industrial zone where many people gathered, but after the Great Kanto Earthquake, people who had lost their homes gathered here to start businesses a resurrect the local economy, thus forming the shopping district.
The "Ginza" part of "Togoshi Ginza" is said to have originated around the time that shops began to gather in the Togoshi area, when locals gathered up the brick debris in Ginza and used it to improve the drainage of the once poorly drained streets of Togoshi.

Things to Do on Togoshi Ginza Shopping Street

On holidays, get a map in one hand and food in the other and browse the streets of Togoshi Ginza while munching on some delicious food.
We pretty much recommend anything in Togoshi Ginza, as nearly every shop has good reviews.

The Togoshi Ginza shopping street, chosen as one of the top shopping districts in Japan, also has its own homepage as well!
The mascot character Ginjiro Togoshi gives a detailed introduction of the shopping district, including opening hours of shops, nearby hotels, parking lots, tour information, and more.

The Togoshi-Ginza shopping district has also introduced a project to eliminate the need for electrical poles, with the aim of becoming a clean, fun, popular shopping arcade that will continue to develop into the future.