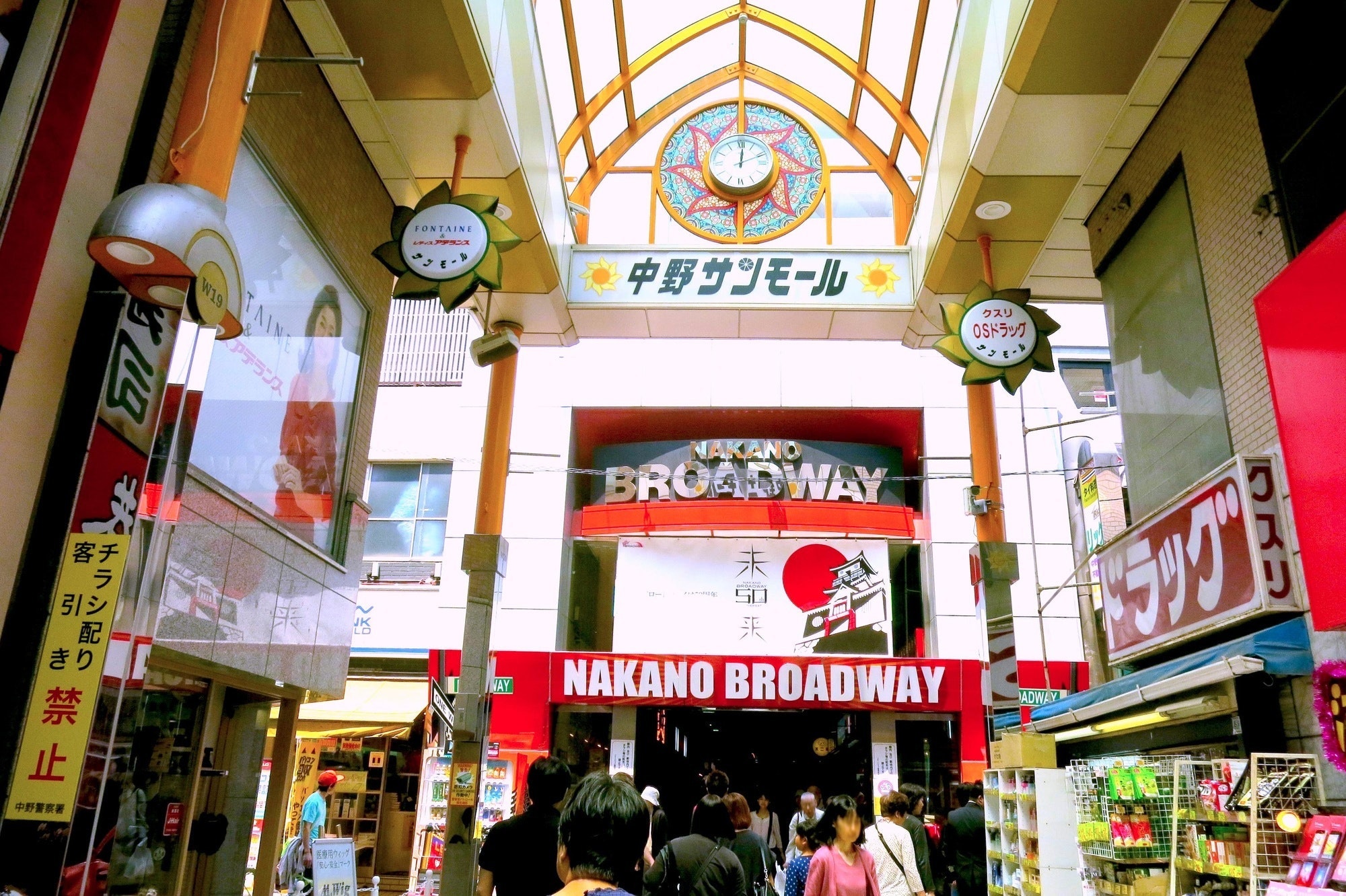 They say Nakano Broadway has everything.
And it's probably not much of a stretch to say so.
It's a chaotic place where everyone’s needs are met.
It has become particularly famous for its subculture, which attracts huge numbers of foreign tourists visiting Tokyo.
It is known as "the mecca of subculture", "post-Akihabara" and so on.

In this article, we will introduce Nakano Broadway in detail alongside the video.

What Is Nakano Broadway? And What Does Is Look Like?

Nakano Broadway is a commercial complex constructed at the end of Nakano Sun Mall Shopping Center (中野サンモール商店街, Nakano Sun Mall Shotengai) in 1966, which combined a shopping center with housing.
The lower floors are dedicated to the use as a shopping center and the floors above are for housing.
You can actually live in Nakano Broadway as some rooms are up for rent, although it is a bit pricey due to its location.

From 0:33 in the video, you can take a walk through Nakano Sun Mall Shopping Center from the North Exit of JR Nakano Station.
At first, you might be surprised at the number of shops in the shopping street.
Nakano Sun Mall Shopping Center is famous for having countless watch shops, but besides that, there are many bubble tea stands, cafes, soft-serve ice cream shops, and restaurants offering lunch.

Nakano Broadway stands right in front at the end of Nakano Sun Mall Shopping Center.
This can be seen from 4:05 in the video.
Take a step in and a chaotic world in a different dimension greets you!
Around 300 shops squeeze inside the building. They specialize in manga, anime, figures, toys, and recently, 3D printers and Bitcoin.

Curious as to why Nakano Broadway came to be known as the epicenter of pop culture and subculture?
A company called "Mandarake," which played a major role in bringing Nakano Broadway to the world stage, was a particularly important stakeholder in regards to this.

Mandarake, which inextricably shares history with Nakano Broadway, started as a secondhand bookshop.
At first, its specialization didn’t match the surrounding environment, but it became exceedingly popular as many Otaku, more interested in subculture than in pop culture, visited the place partly due to its location.

Soon, the company Mandarake was founded.
It gained a lot of fans by contributing to the permeation of subculture through launching many new shops inside Nakano Broadway dedicated to manga and anime for popular demand, and figures, diorama, video games and gaming arcades for hard core fans.
As a result, it has grown to be known today as "the mecca of subculture," and a stunning number of foreign customers visit every day, thanks to the global popularity of otaku culture.

Walking around and visiting the many different shops is certainly exciting, but you can even sell your own goods using the "rental showcase" system.
Mandarake can be seen throughout the video, so if you’re interested, be sure to check it out.

Summary of Nakano Broadway in Tokyo

In this article we introduced Nakano Broadway, now one of the most famous otaku sites, not only in Tokyo, but in all of Japan.

It's the epicenter of pop culture and subcultures in Japan, and many people, both Japanese and foreigners alike, visit it every day, owing partly to its easy accessibility, being located near JR Nakano Station.
A whopping 10 million people visit there annually.

Nakano Broadway guarantees a fulfilling experience for every visitor!
If you're traveling to Tokyo, we highly recommend visiting Nakano Broadway!