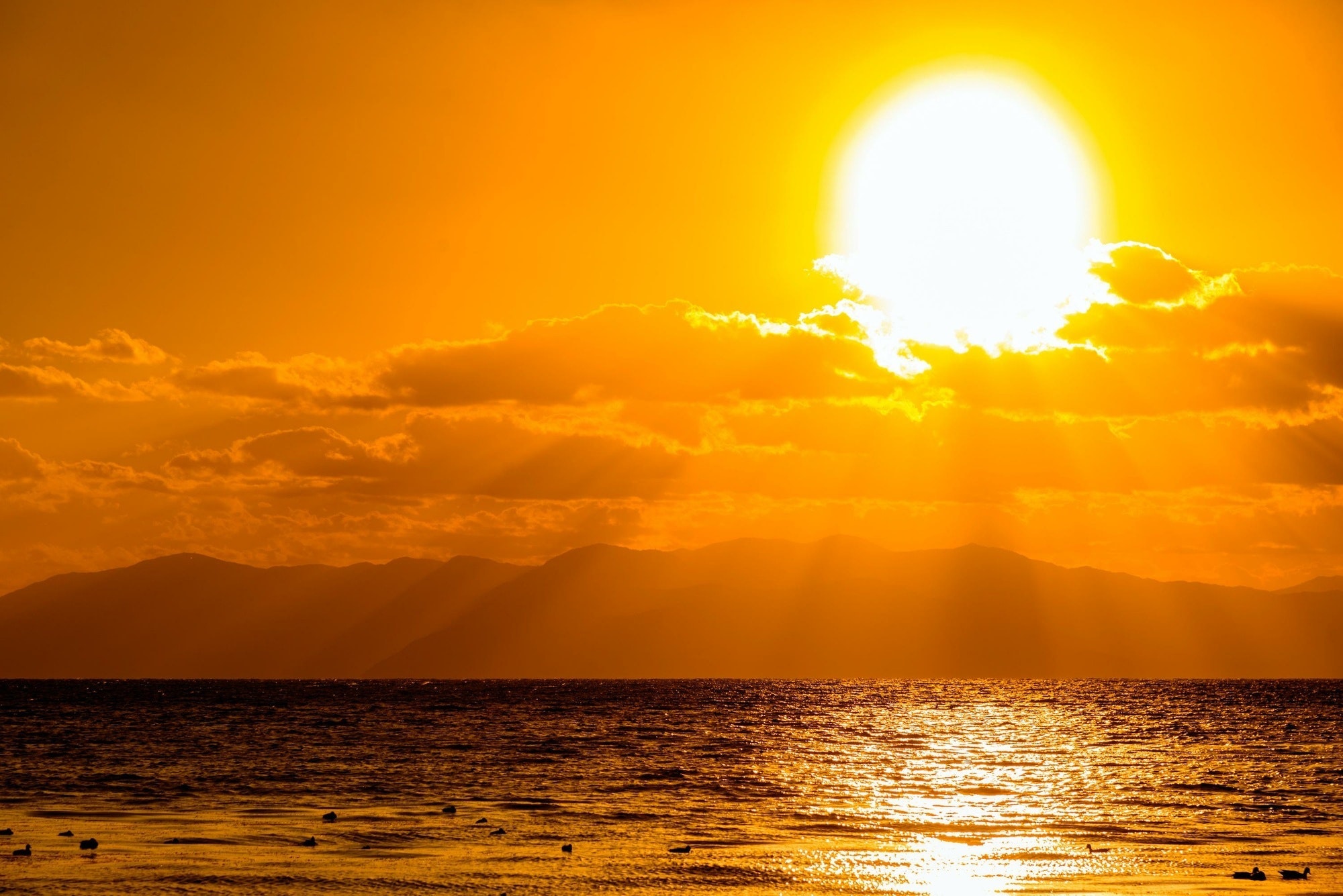 Lake Biwa in Otsu City (大津市), Shiga, in Japan's Kansai region, is the largest lake in Japan, with a surface area of 669.26 km² and a water storage capacity of 27.5 km³.
It takes up approximately one-sixth of the area of Shiga Prefecture, and boasts an overwhelmingly large area and volume.

It's famous not only in Japan, but around the world. It is one of only 20 ancient lakes in the world, and the fourth oldest among them. At Lake Biwa, there's Shirahige Shrine with its large Torii gate built over Lake Biwa, as seen at 0:27 in the video.
This is a famous sightseeing spot in Shiga Prefecture.

Watching this video is sure to have you excited to see the beautiful scenery at Lake Biwa.
Below, we'll give you information on some of the fun sites you can enjoy sightseeing around this beautiful lake.

Lake Biwa is famous as Japan's largest lake in Shiga Prefecture, and many people come here for sightseeing every day.

Let us introduce you to some of the top tourist attractions at Lake Biwa, the symbol of Shiga Prefecture, along with some of its most popular spots that are counted under the Eight Views of Lake Biwa.

① BIWAKO VALLEY
The majestic nature of BIWAKO VALLEY is considered as one of the top resort spots, not only in Shiga Prefecture, but in the Kansai region as a whole.
This is one of the most famous sightseeing spots in Japan where you can enjoy the different seasons.
You can enjoy zip lines from spring to autumn, which are very popular among young people, and in winter it becomes a ski resort.
Recently, "Biwako Terrace" has been added to BIWAKO VALLEY, so you can fully enjoy the magnificent scenery and nature.

For an in-depth look at the history of Lake Biwa and its inhabitants, and to learn more about the lake, be sure to stop by Shiga Prefectural Lake Biwa Museum.

③Karasaki Shrine
Karasaki Shrine is another pride of Shiga Prefecture.
Aside from its blessings, the fireworks display held in summer is especially popular.
The dedication of Tezutsu Hanabi (Handheld Fireworks) at the end of the festival is an amazing sight, and many people visit the Shrine just to see the festival.

④Ogoto Onsen (Hot spring)
If you're looking for accommodations during your trip, Ogoto Onsen is the place to stay.
Not only can you enjoy gourmet cuisine from all four seasons of Shiga Prefecture, the view of Lake Biwa while relaxing in the open-air hot springs is a perfect way to end your trip.

Walking around Hikone Jōkamachi (Hikone Castle Town) and Ōmihachiman (近江八幡), taking a stroll along Lake Biwa, hiking in the Suzuka Mountains (鈴鹿山脈), and taking a tour of Lake Biwa on a steamship and a cruise ship are all activities we highly recommend.
You can also try to find your own hidden gem around the lake.

This concludes the introduction to Lake Biwa, one of Japan's most famous tourist attractions.

If you're interested in the stunning scenery of Lake Biwa after seeing this video and reading this article, we recommend visiting the lake and seeing it for yourself.
In addition to these sites, there are many other sightseeing spots around Otsu City, Shiga Prefecture.
If you're looking for a place to visit, considering dropping by Lake Biwa!