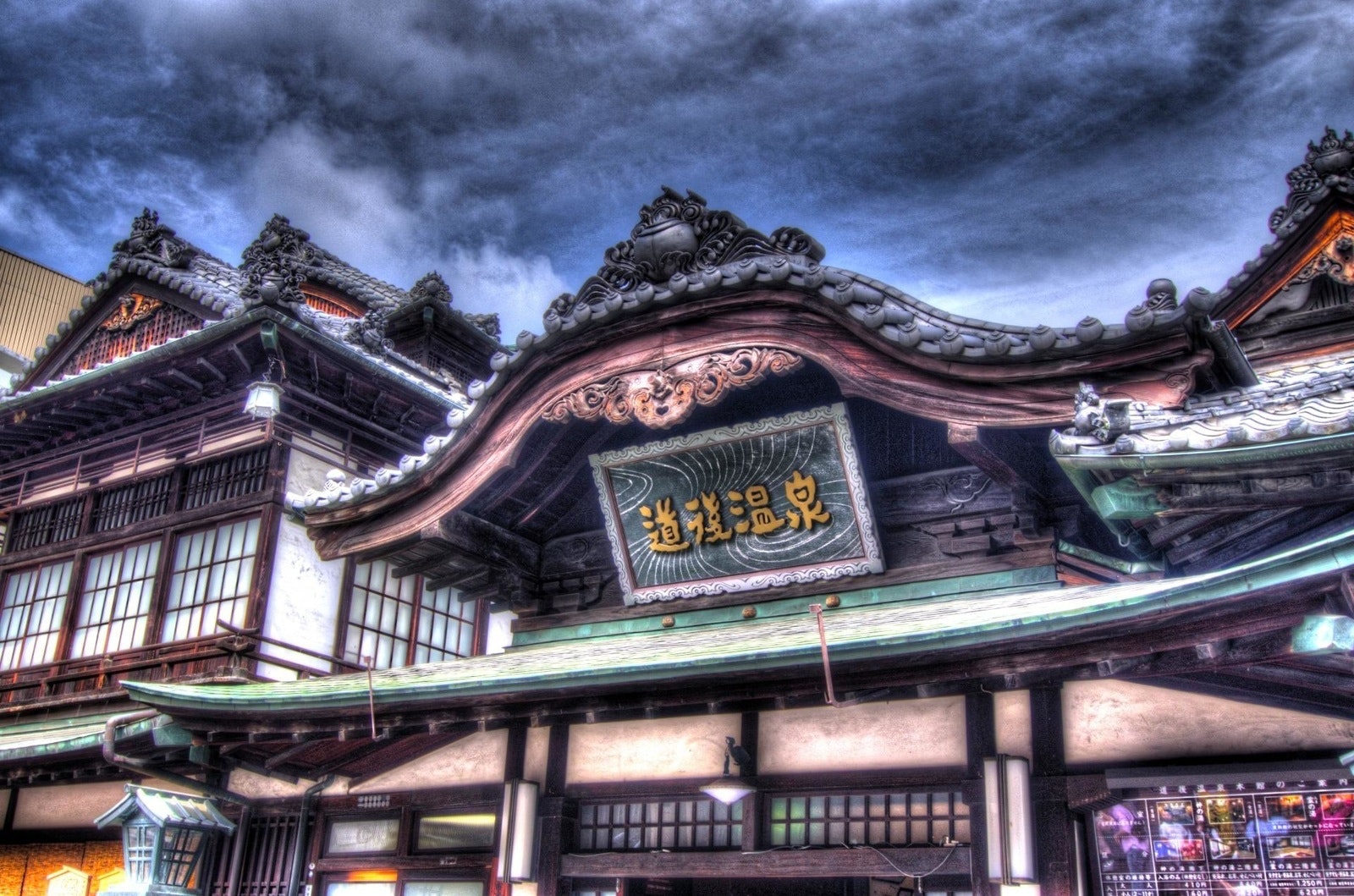 This video, titled "Beautiful Japan- Dogo Onsen, Matsuyama" ([美しき日本] 愛媛 松山市道後温泉), was produced by N.a. It introduces the public bathhouse, Dogo Onsen, which is said to be the oldest spa resort in Japan, as well as other famous sites in Matsuyama.

The focus of the video is the historical public bathhouse Dogo Onsen, which earned three stars in the "Michelin Green Guide Japan" and is also the first public bathhouse in Japan designated an Important Cultural Property.
The video does a great job at capturing the appeal of the destination that is even mentioned in ancient Japanese mythology.

The History of Dogo Onsen

At Dogo Onsen, the legend of the white egret has been passed down for centuries; legend tells of an egret soaking its injured wings in the hot spring and being cured.
The locals who watched observed the miracle tried the hot spring for themselves and discovered its healing powers.

Dogo Onsen is mentioned in the ancient texts of the Nihon Shoki, Manyoshu, Iyokoku Fudoki, and the Tale of Genji.
It is counted as one of the Three Ancient Springs, with the two others are being Arima Onsen and Shirahama Onsen, and has 3000 years of history.
The public bathhouse at Dogo has a restroom and drinking the green tea and confectioneries is provided in the admission fee.
Besides Natsume Soseki, Dogo Onsen was a favorite retreat of many notable people, including Masaoka Shiki, a famous poet/author, Prince Shotoku, Issa Kobayashi, Hirobumi Ito (the first prime minister of Japan), and Kyoshi Takahama.
You can enjoy traveling back in time by watching the video that tells of the history of Dogo Onsen.

Dogo Onsen's hot spring water is simple alkaline, and it's known as a beauty spring, making it a popular destination for female travelers.
Water is pumped directly from the natural hot springs without being reheated or mixed with cold water for controlling the temperature, so you'll feel the non-diluted, refreshing effects of the hot spring almost immediately.
The hot spring is said to be effective in treating neuralgia, rheumatism, gastrointestinal diseases, skin disease, gout and anemia.

The main building of Dogo Onsen is allegedly an inspiration to Hayao Miyazaki's blockbuster Spirited Away.
The stunning exterior is a combination of four buildings that were repeatedly expanded and remodeled over a period of 125 years.
Full-scale conservation repair work was executed in January 2019.

It has three different day-visit baths, known as Sotoyu.
The Dogo Onsen Annex: Asuka no Yu features a large resting hall using traditional Ehime handcrafts. The admission fee is 610 Yen (as of November 2019).
Two other day-visit baths are in the Dogo Onsen Main Building and the Dogo Onsen Tsubaki no Yu. Four different admission plans provide visitors with varying levels of access in the Main Building, and an English pamphlet provided at the counter will help you understanding the differences.

"Shinrokaku," a taiko drum in the main building's tower, is sounded three times a day.
You can see it being struck at 1:04 in the video.
The sound of Dogo's taiko drum is listed in the government-led project "100 Soundscapes of Japan."
All of the guests look up at the tower when it is sounded, providing a picturesque scene. Be sure to take some pictures for your Instagram!

You may be able to see the "Bocchan" train waiting at the station, a replica of a steam locomotive named after the Natsume Soseki novel "Bocchan".
This old-fashioned train appears in the video at 0:30.

Matsuyama castle is famous for cherry blossoms, and is one of only 12 castles that features a keep built prior to the Edo period (1603-1868).
The Inland Sea and Matsuyama city can be seen from the keep.
The castle is introduced at 0:41. Be sure to check it out!

There are many hotels and inns in the Dogo Onsen area, so you can enjoy a relaxing stay while going hot spring hopping.
In recent years, Matsuyama has put efforts into art events to capture the attention of travelers looking for something new to experience, which makes the city a year-round destination in Ehime.

The video tells of the long history and charms of Dogo Onsen. Perhaps you've come to understand what it is about Dogo onsen that made it loved by so many prominent historical figures.