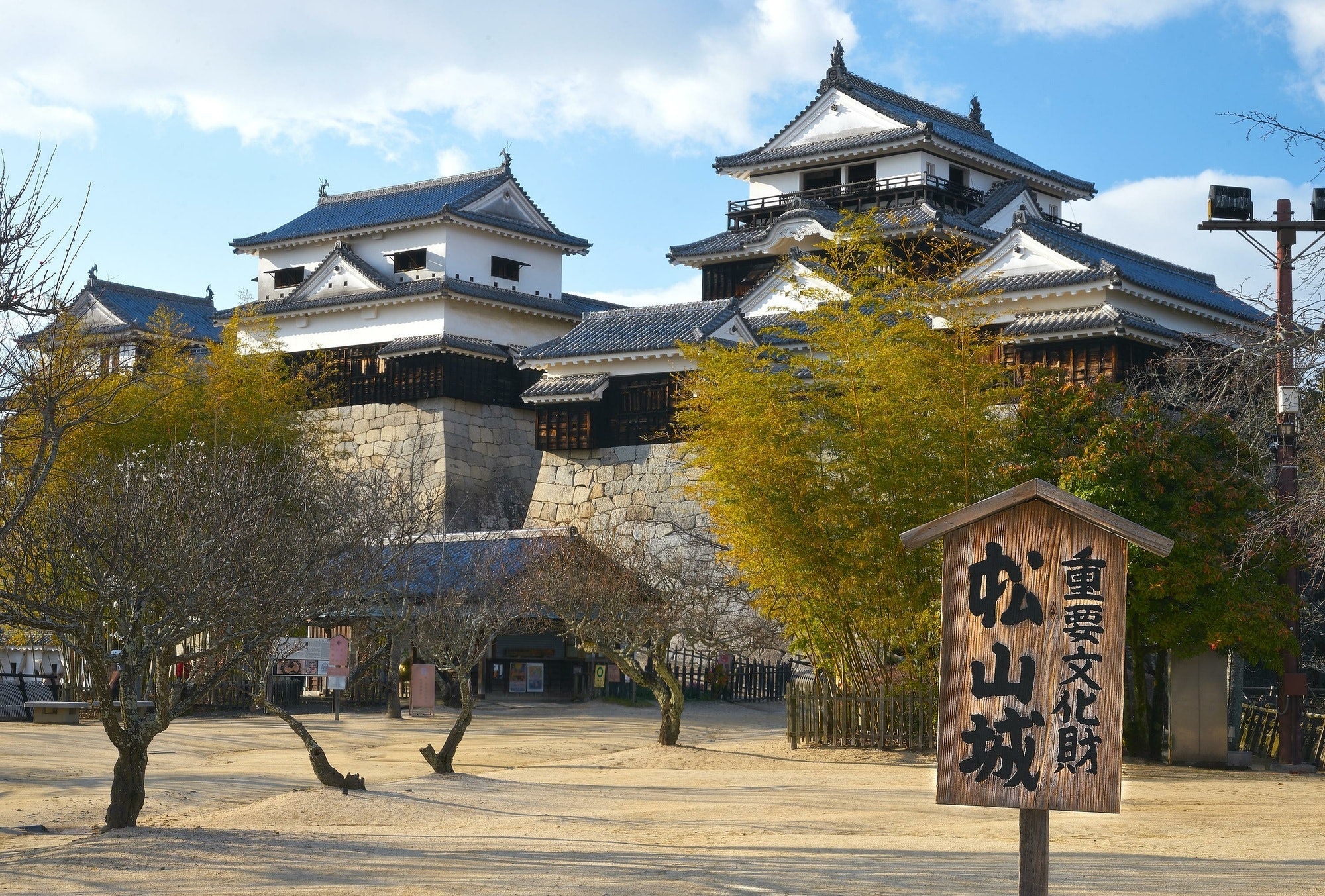 The video opens with Matsuyama Castle's mascot "Yoshiaki-kun" (よしあきくん) and then proceeds to introduce the castle itself starting with the castle keep from 0:03.
From 0:09 in the video you can see the ropeway that takes visitors to the mountaintop station "Chojaganaru" (長者ヶ平).
Other spots around the castle are also introduced, including the Japanese armor experience corner, the gates Tonashimon (戸無門), Kakuremon (隠門), Taikomon (太鼓門), and Ichinomon (一ノ門), as well as Kotenshu (小天守) and Honmaru Hiroba (本丸広場).
Matsuyama Castle staff and visitors give a tour of each area whilst performing a comical and entertaining dance.

More About the History and Highlights of Matsuyama Castle

The stone wall or "Noboriishigaki" (登り石垣), which surrounds the Ninomaru and Honmaru castle buildings was designed to protect the castle, and the entire Shiroyama Park area (城山公園, shiroyamakouen), which includes Horinouchi (堀之内) is an important Japanese historic site.

Matsuyama Castle can be enjoyed during the day but also looks spectacular lit up at night.
The beautiful historical garden "Shisekiteien" (史跡庭園) and Horinouchi Park (堀之内公園, horinouchikouen) are fantastic places to enjoy nature and many people visit each year for cherry blossom viewing and birdwatching.

If you decide to visit Matsuyama Castle, you're likely to be greeted by some of the friendly staff featured in this PR video.
If you enjoyed watching the video, consider planning a trip to Matsuyama for some sightseeing!
There are many tourist spots in the area surrounding the castle, such as the famous hot spring "Dogo Onsen" (道後温泉).
Ichiroku Tart (一六タルト) and mandarin oranges ("mikan" in Japanese) make great souvenirs from this area!