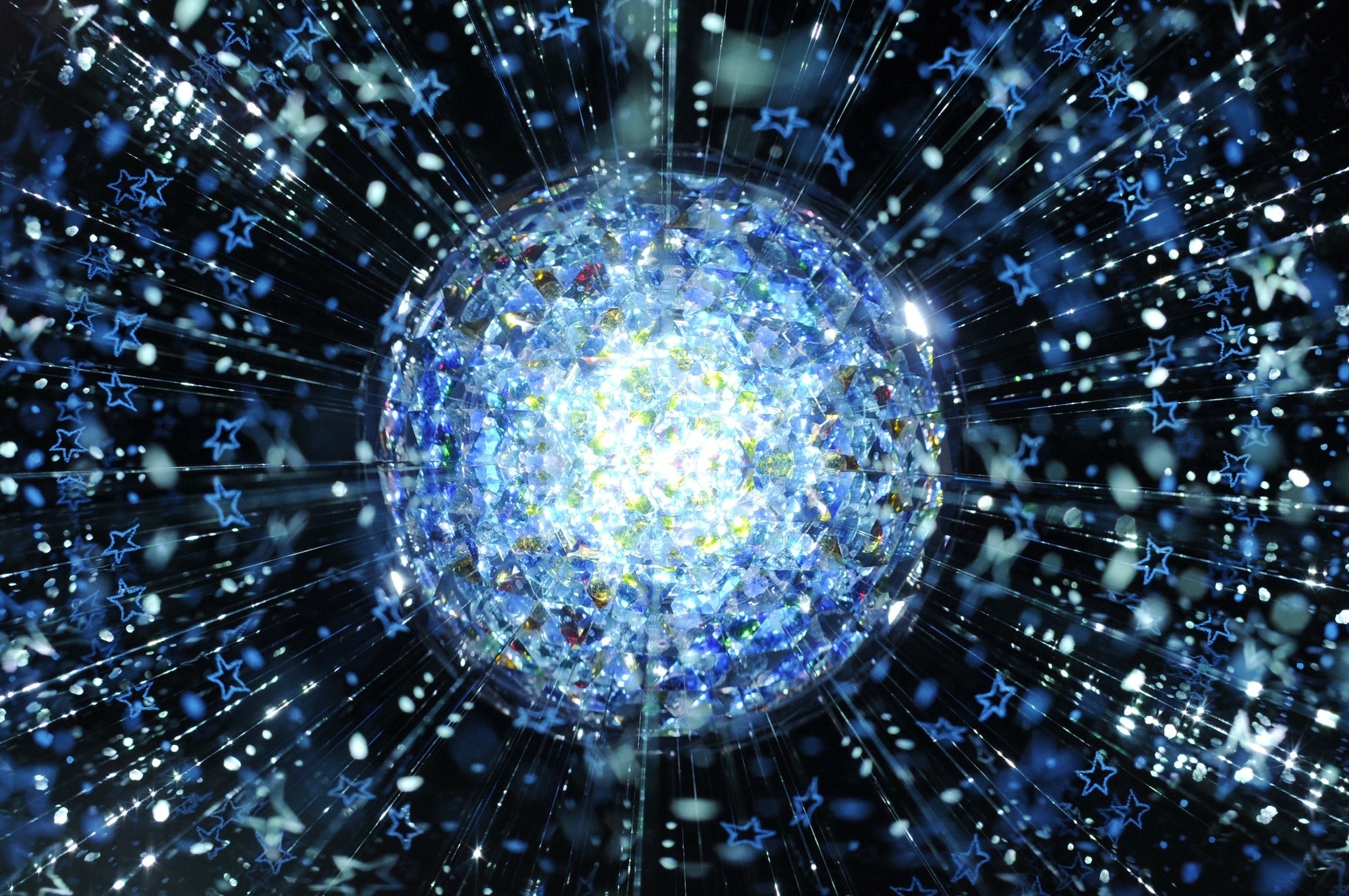 The video shown here is a solo exhibition of Koji Yamami, the leading kaleidoscope artist in Japan, titled "A Microcosm of Kaleidoscopes: The Beautiful World of Mirrors," published by "oricon."
The kaleidoscope introduced in the video is a toy that contains two or more mirrors, in which beads and colored paper are placed, and when you turn the device while looking into it from behind, you can enjoy seeing the beautiful patterns that it creates. In Japanese, the kaleidoscope is known as "mangekyo" (万華鏡, roughly meaning "Ten Thousand Shining Mirrors").

The History of the Kaleidoscope

Photo：A Child playing with a kaleidoscope

The kaleidoscope was accidentally discovered by a physicist named David Brewster during his experiments with polarized light, and it was patented in 1817.
Initially used as a scientific tool, the kaleidoscope rapidly developed into a plaything, and many kaleidoscope artists were born.

There is the privately run Japan Kaleidoscope Museum in Kawaguchi City, Saitama, in Japan's Kanto region (関東地方・埼玉県の川口市, kanto chiho・saitama-ken no kawaguchi-shi), as well as "Otarugan," the world’s largest kaleidoscope gallery, located in Otaru, Hokkaido (北海道の小樽市, Hokkaido no otaru-shi).
Kaleidoscopes can be made easily with just mirrors, tubes, colored paper and beads, and workshops to do so are held all over Japan.
kaleidoscope production kits are also sold online, making kaleidoscopes very popular. They are especially popular among women.

What kind of person is kaleidoscope artist Koji Yamami? Let’s take a look at his resume.
Koji Yamami was born in Tokyo in 1961, studied in the United States in 1984, and returned to Japan to open a stained glass studio.

In 1994, he opened the kaleidoscope specialty store "Little Bear" in Shibuya Ward, Tokyo, and began his career as a full-fledged kaleidoscope artist.
Koji Yamami's works are characterized by their overwhelming visual beauty and unpredictable design using glass and jewelry.
His works are called "kareido," a play on words based on the Japanese pronunciation of "(kaleido)scope" and using the Kanji "華麗動," meaning "華麗: Magnificent/Splendid, 動: Motion/Change/Confusion.
He even has numerous fans overseas, and is nicknamed "The KAREIDO Artist" in English.
He has appeared on many media outlets such as NHK, and in 2018 he appeared on the popular TBS program "The World Unknown to Matsuko" (マツコの知らない世界, matsuko no shiranai sekai), catapulting him to fame.

The video introduces Koji Yamami's solo exhibition, "A Microcosm of Kaleidoscopes: The Beautiful World of Mirrors" (万華鏡小宇宙～鏡の中の美の世界～, mangekyo sho-uchu～kagami no naka no bi no sekai～) which was held in 2015.
His masterpiece, based on Tokyo Tower, can be seen at 0:52, and his rendition of The Golden Pavilion (金閣寺, kinkaku-ji) can be seen at 0:17.
His work based on Venus is also well-known.
In the video, you can see many beautiful, glittering kaleidoscopes.

Summary of Koji Yamami's "A Microcosm of Kaleidoscopes: The Beautiful World of Mirrors"

This video showcases Koji Yamami's solo exhibition, held in Nakano Broadway’s "GALLERY Little High," in 2015.
Besides kaleidoscopes, Koji Yamami also creates teleidscopes, which incorporate the colors and shapes of one's surroundings to form beautiful images.
Koji Yamami's exquisite kaleidoscopes are available for purchase on his official website and other online retailers.
Definitely check them out.

The ever-changing images formed by light and mirrors are sure to take your breath away!