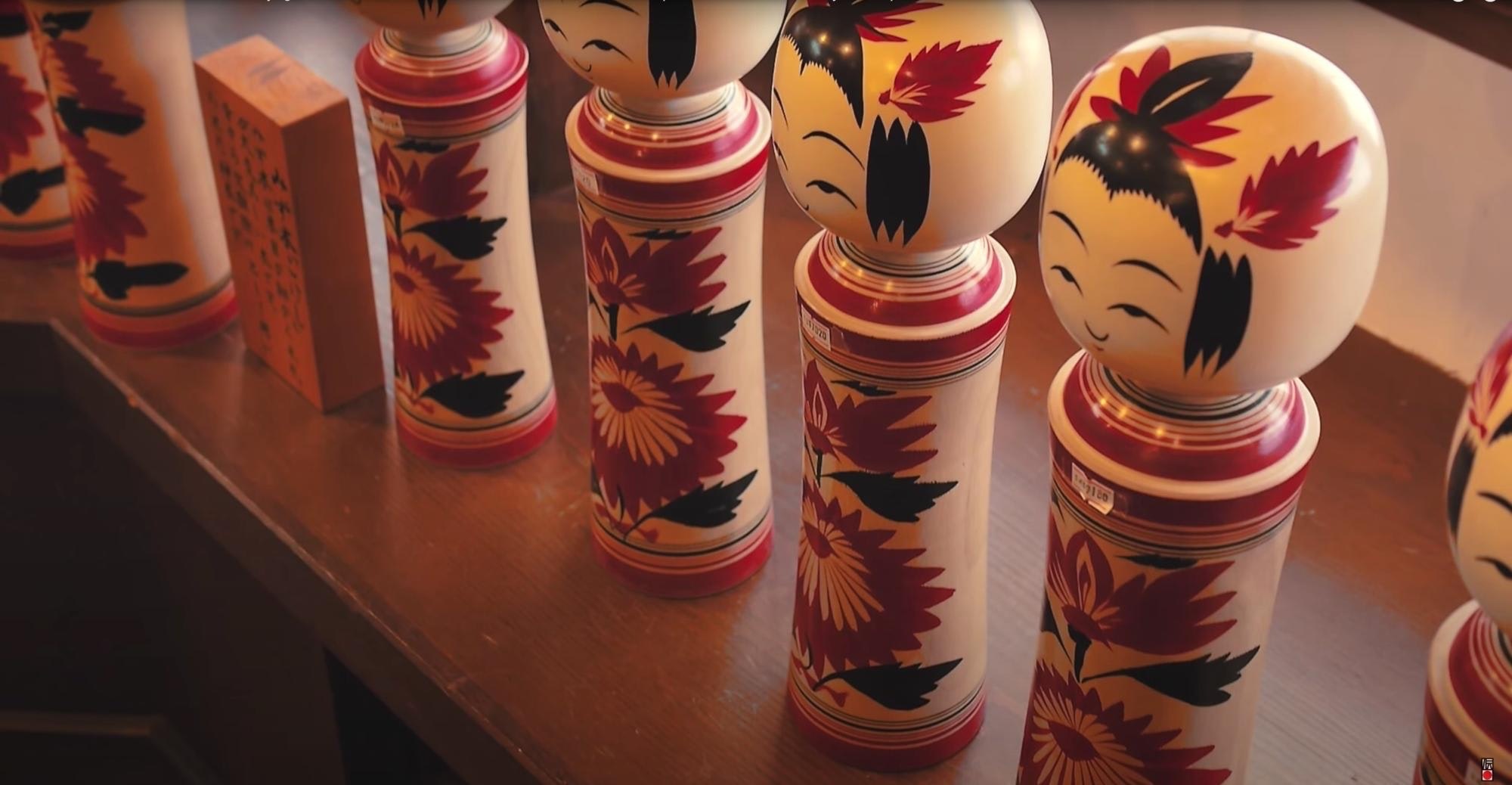 This video introduces the production process of Kokeshi dolls, a traditional craft of Miyagi Prefecture in Japan's Tohoku region.
There are 11 types of traditional Japanese Kokeshi, and the one shown in the video is called "Naruko Kokeshi."
As you can see in the video, an expert craftsmen works in his studio carefully crafting Kokeshi dolls by hand.
Surprisingly, Miyagi's traditional Kokeshi Dolls are made by a single craftsman at his Kokeshi studio, and he does every process by himself, from making the wooden base to painting.
There is no hesitation in the craftsman's skills and it gives off a relaxing aura.

These days, Kokeshi dolls have become a popular souvenir for tourists visiting Japan, so be sure to check them out in this video.

The History and Culture of Kokeshi Dolls

The name "Naruko Kokeshi" comes from the cute Japanese onomatopoeic sound it makes when you turn its head.
In the past, every family had at least one Kokeshi doll, but let's take a quick look at the history and culture of Miyagi's Kokeshi dolls.
Kokeshi dolls are ancient, dating back approximately 1,300 years ago, during the reign of Emperor Shotoku, when they were used to hold Dharani sutras for buddhists.
Since there were one million of these sutras, the Kokeshi Dolls were called Hyakumanto Darani (One Million Pagodas and Dharani Prayers).

Later, during the reign of Emperor Seiwa, the first prince, Prince Koretaka Shinnou learned how to use a potter’s wheel in Omi, and taught it to woodworkers.
It is said that the crafts made by the woodworkers which spread from Japan's Kanto region to the Tohoku region were the origin of today's traditional Kokeshi dolls.
Although it has a strong image as a toy for girls to play with, it is a traditional culture that has developed along with the history of Japan.

It's said that this culture was created to provide souvenirs for people visiting the region for hot-spring therapy or vacation, as the Tohoku region is known for its poor winter industries due to deep snow and difficulty growing crops.
Kokeshi Dolls took their present form 283 years ago, during the Edo period (1603 to 1868 A.D.).
There are eleven types of Kokeshi in Japan, and the five types of Kokeshi, shown below, are widely produced in Miyagi.
Miyagi's traditional Kokeshi dolls are a traditional craft that has supported the development of Miyagi.

Below are five types of Kokeshi dolls:
-Naruko Kokeshi
-Sakunami Kokeshi
-Togatsuta Kokeshi
-Yajiro Kokeshi
-Hijiori Kokeshi
The characteristic of the Naruko Kokeshi dolls introduced in the video is that they "give the image of old-fashioned Japanese beauty."
One Miyagi's famous hot spring resorts is called Naruko, and surprisingly, it'is said that the name originates from Naruko Kokeshi dolls.
This shows how important a traditional craft Kokeshi dolls were for the Tohoku and its harsh climate.

Traditional Kokeshi Dolls - How the Traditional Craft of Miyagi Is Made

Each of these processes can be seen in the video.

Experience the romance of Japanese history through the traditional Kokeshi dolls of Miyagi, which are deeply rooted in the culture and history of Japan.

You'll be fascinated by the beauty and charm of these traditional Japanese toys.