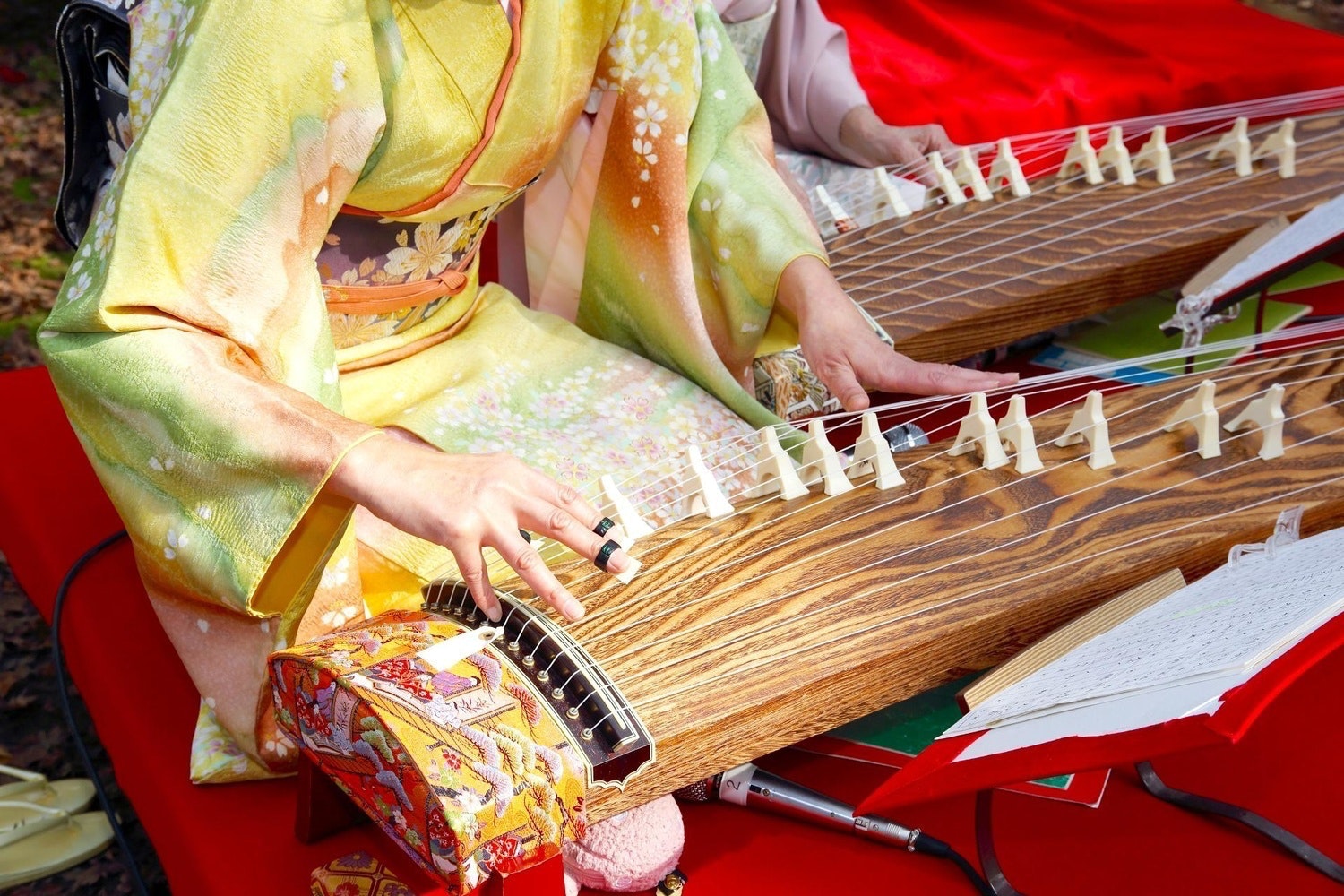 This is a brief overview not only of how to make a Koto, but also about the history and style of the Koto.
The production process of the Koto introduced in the video is so beautiful one cannot help be entranced by its beautiful chords. The BGM in the video is “Yaozoku bukyoku” performed on a Guzheng (another type of Chinese zither) made by the Mitsuya Koto Corporation. Be sure to listen closely as you watch the video.

The History of the Koto

The Koto is a traditional Japanese musical instrument. In the "Kojiki" (古事記, Records of Ancient Matters), there are scenes describing the playing of the Koto. In fact, remnants of what appears to be a koto have been found in Yayoi period ruins dating back to the 10th century BC. It is thought to have been used as a magical instrument at that time.
Normally a koto has 13 strings but there was another type of Koto with 17 strings in the Edo Period.

There are various types of Japanese stringed instruments, or "zithers": "Koto," “Sou," "Yamatogoto," "Ichigen goto" (a one stringed zither), "Nigen goto" (a two stringed zither), "Shichigen goto," (a seven stringed zither) and the "Nagoya harp."
People often confuse the "Koto" and "So," but they are actually quite different.
The biggest difference is that the Sou has a movable pole, called a "pillar," to adjust the pitch of the strings, while the Koto does not have a pillar, and the pitch is solely determined by where the strings are pressed.

Other Traditional Japanese instruments besides the Koto include: Shakuhachi, Miyadaiko, Kodaiko, Naruko, Mokugyo, Sansen, Shamisen, Kokyu and the Biwa.

The Type of Music Played on the Koto

The music played on the Koto is called "Soukyoku" (筝曲, lit. "Koto Music." There are various music types such as the Tsukushi school, Yatsuhashi school, Ikuta school, the Yamada school, and more. Each school performs unique koto music.

In terms of appearance, each school differs in posture and how the instrument in played.
The shape of the instruments also differs from one school to the next.

How a Koto Is Made

The manufacturing process of Kotos by the Mitsuya Koto Corporation consists of three main processes: "sawing," "instepping," and "wrapping," and the materials used are paulownia, red wood, rosewood, and silk threads.

・Sawing (0:08)
The bark is stripped from trees one by one by hand. The length is then adjusted and it is marked.
Next, they are cut into the shape of a koto and dried. Some are said to be dried for several years.

・Instepping (0:52)
Using a number of special tools such as a planer and chisels, the insteps are carefully carved in detail.
As you can see in the video, when the carving is finished, the instep is branded with the craftsman's name.
After that, the surface of the Koto is baked evenly.
The charred grain of the Koto looks beautiful.

・ Completion (3:41)
The beautiful wood grain and hand-embedded ornaments adorn the koto, making it look like a work of art. These masterpieces are a sight to behold.

Summary of the Koto

Kotos are available at online retailers such as Amazon or Rakuten. High quality goods are sold at the price of several million yen (thousands of dollars).
If you are interested in the Koto, considering taking lessons or watching online courses.
There are various lessons for both veterans and beginners.