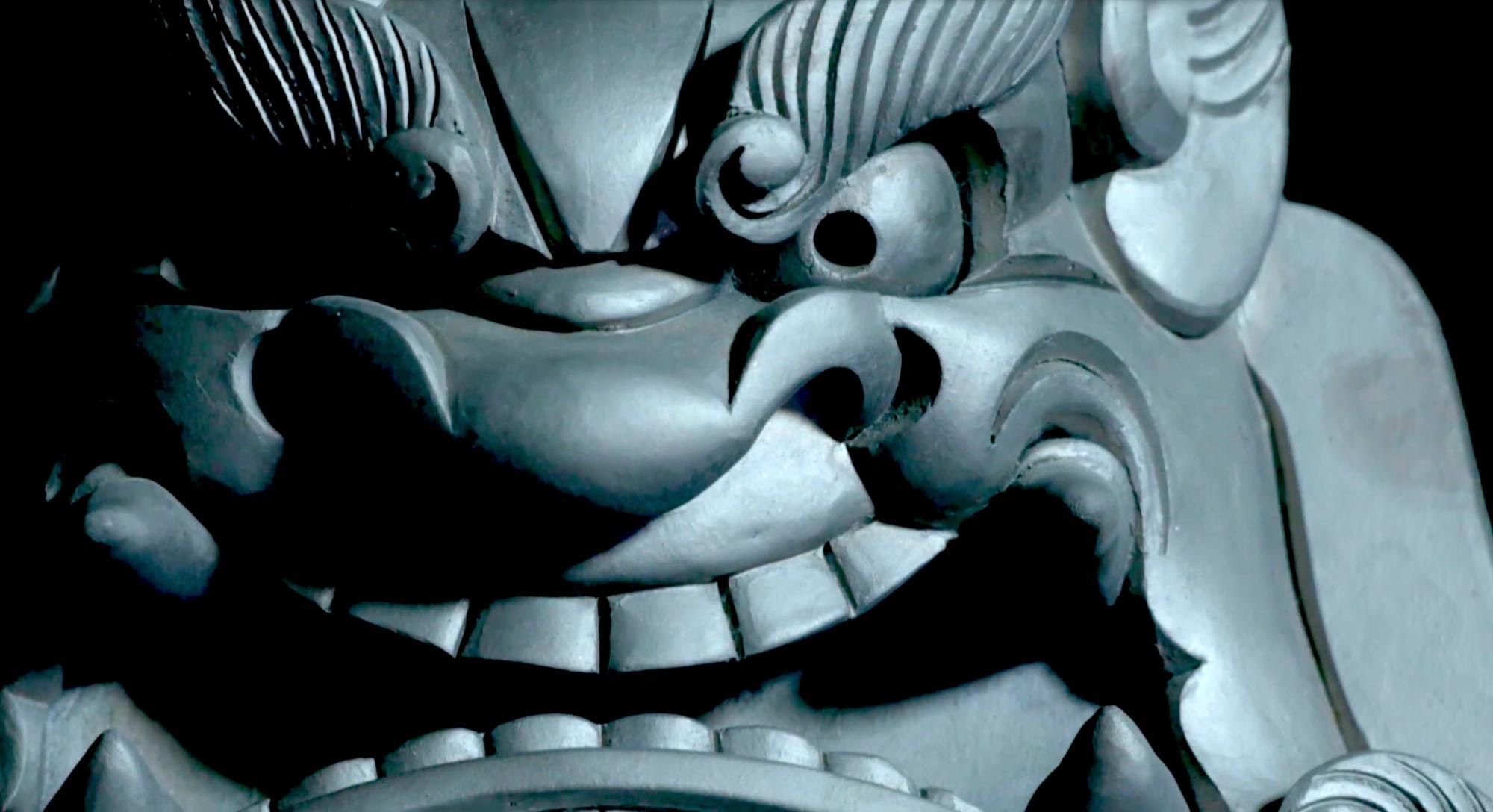 This video, titled "Enshu Onigawara: The Last Onigawara Craftsmen" (遠州鬼瓦 最後の鬼板師), shows how Onigawara, a traditional Japanese craft of making "roof ornament oni" (mythical Japanese ogre-demons) is made.
Traditionally, Onigawara were put on the roofs of houses, shrines, and temples.

The craftspeople making Onigawara are called "Oniita-shi" (鬼板師)
This video features Mr. Takashi Nagura, the fourth generation of Enshu Onihide, who has been creating Enshu Onigawara in Fukuroi, Shizuoka prefecture.
He continues creating Onigawara with his own hands, and with the help of Mr. Motohisa Nagura, the next successor (the fifth generation of Onihide), in order to save the traditional Japanese craft.

The History of Enshu Onigawara

Enshu Onigawara have ancient roots dating back to the 14th century, when local tilers produced smoked roof tiles for the construction of Sunpu Castle (駿府城, Sunpujo).
Made on the coasts of Ohta River (太田川, Ohtagawa) and Tenryu River (天竜川, Tenryugawa), the tiles are traditional crafts which have been held in high regard since long ago.

Created by combining traditional Japanese art techniques, the oni roof tiles look very impressive as if they were actually artworks.
Made in a way that actual spirits seem to be housed within them, Enshu Onigawara haver been popular ever since.

How to Make Enshu Onigawara: The Skills of Onigawara Craftsmen

Made from high quality clay from the local soil of the Enshu area's rice fields, Enshu Onigawara boast a beautiful silvery luster.
To create Enshu Onigawara, craftsmen first mold the shape of the clay with a gold spatula before baking it.
After that, they begin polishing the tiles over and over.

From 2:02 in the video you can see one of the craftsmen draw a rough sketch on clay based on the framework, and you can see craftsmen molding the shape of the tile from 3:16.
From 7:40, they can be seen using a special tool to add fine engravings to the clay, gradually creating the powerful facial expression of Enshu Onigawara.
Finally, you can see craftsmen baking tiles in a large furnace of the workshop at 9:03.

Enshu Onigawara, one of Japan's traditional crafts, also have implications as amulets or guardian deities for buildings.
Most Enshu Onigawara have angry oni-like faces.
Since the Heisei period, however, new designs of oni tiles have been created and now other types of facial expressions, such as smiling oni or humorous tiles of Kappa (a mythical Japanese creature), have begun to rise in popularity.

Check out Artworks by Onigawara Craftsmen!

Onigawara craftsmen not only produce authentic oni faces, but also oni-faced nameplates for home entrances, family emblems, and display boards.
Moreover, they also sell a wide range of local crafts that can be used in daily life, such as pen-holders with oni faces, artistic daruma dolls, oni-faced mail boxes, key chains, and more.

Enshu Onigawara, are generally attached to roofs as you can see at 0:38 in this video, or it is also placed in front of the entrance like you can see from 4:26 in the video.
These days, small items in the motif of Onigawara are also popular.
In this video you can see interviews of some Onigawara craftsmen.

From 2:40 in this video, you can see the interview of Mr. Takashi Nagura, the fourth generation of Onihide; He talks about what made him pursue becoming an Enshu Onigawara craftsperson.
From 3:34 he speaks about what he thinks about traditional craft products waning in popularity.
From 6:09 you can also watch another interview of Mr. Motohisa Nagura, the fifth generation of Onihide, talking about what he thinks about the future of Enshu Onigawara.

If this video makes you interested in Enshu Onigawara, we recommend that you get artwork of Onigawara or visit Shizuoka to try creating Onigawara.