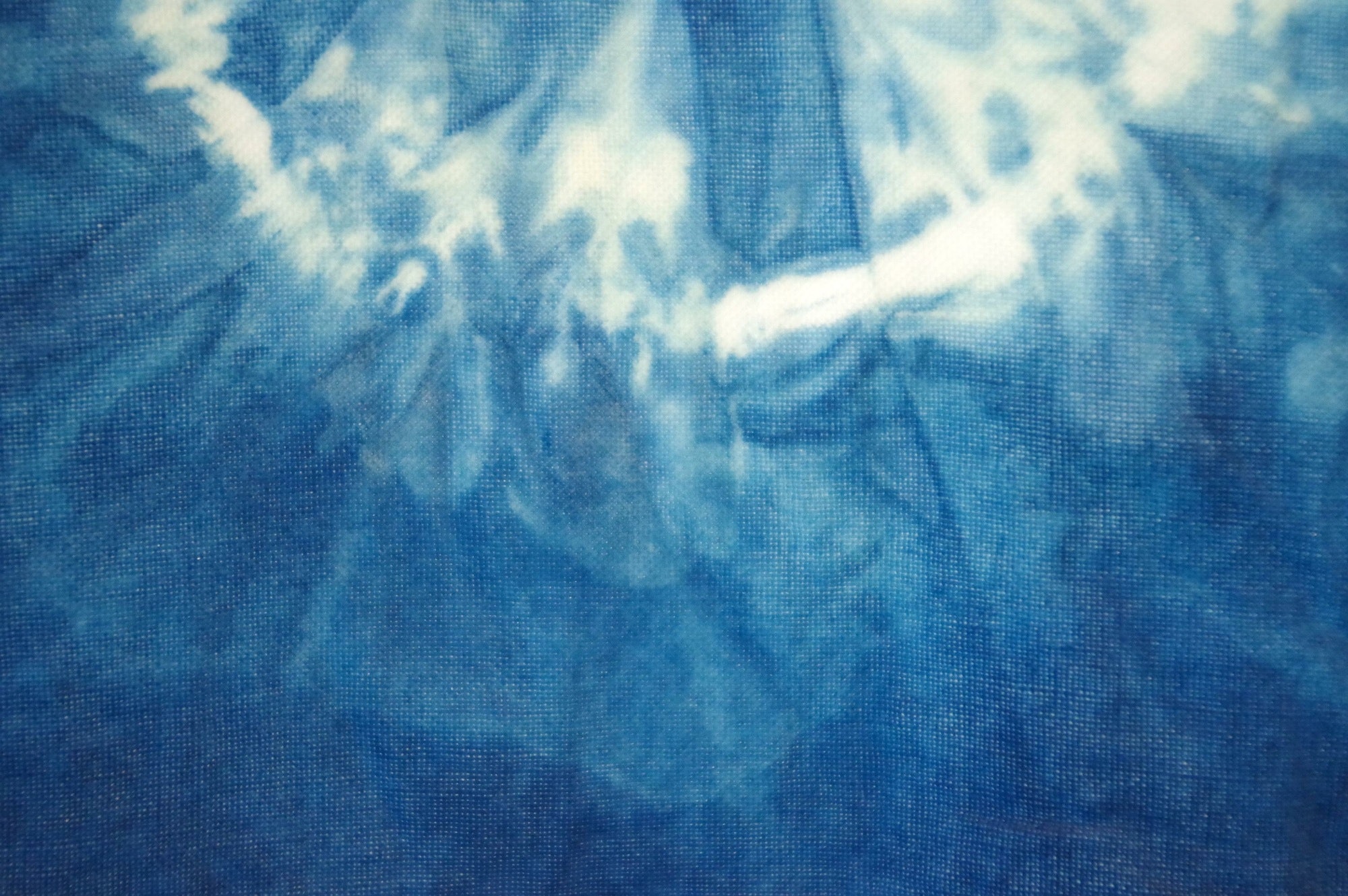 The video shows the traditional Japanese dyeing and weaving technique called "Aizome" (藍染, lit. "indigo dyeing") that has been passed down since ancient times in Japan.
Those of you interested in traditional Japanese cultures have probably heard of it at one time or another.

Kimono and other clothes dyed in indigo blue with "Ai-shiru" (liquid gathered from the leaves of the indigo plant) are resistant to fading and meet the demands of many people.
It is also known outside of Japan as JAPAN BLUE.
In this article we'll introduce the dyeing process. Be sure to follow along!

This video shows an Aizome dyeing experience, and provides an easy-to-understand summary of the key points of Aizome.

The Aizome dyeing experience shown in the video was taken at "Ai-no-Yakata" in Tokushima Prefecture.
You can learn how to create beautiful works using the "Ai-Shiru."

Ai-no-Yakata displays resources related to indigo, and is one of Tokushima Prefecture's most popular tourist sites.
The Museum is closed on Tuesdays (excluding holidays) and December 28th to January 1st.

Aizome refers to dyeing products using indigo, a plant of the Persicaria family.
In Japan, indigo dyeing is made from fermented "Persicaria tinctoria," or the Japanese indigo.

One of the characteristics of Aizome is that, despite it using one color, there is a wide range of colors used for it, including pale blue-green, light indigo, katsu-iro (a shade of blue darker than dark blue), tome-kon, and Usuai (light blue).

Indigo contains polyphenols, and many manufacturers produce supplements and vegetable juice drinks with it.

Facilities for Aizome in Tokushima Prefecture

There are several facilities related to Aizome in Tokushima Prefecture, so if you want to learn about the history of Aizome, we recommend checking them out.
In addition to "Ai-no-Yakata" shown in this video, the following places are also worth checking out.

"AIZOMEKOUGEIKAN" (Aizome Craft Workshop) in Tokushima City (徳島市), Tokushima Prefecture in Japan's Shikoku region, is the factory exhibition hall of Takumi Kagawa, the holder of the traditional technique of Awa Ai-gata dyeing.
You can experience Aizome at the factory.
The factory also sells gifts, like scarves and T-shirts.

Furusho-zome Kojo, located in Tokushima City, Tokushima Prefecture is a factory owned by Toshiharu Furusho. You watch aizome dyeing at the factory.

Waza-no-Yakata in Itano District (板野郡), Tokushima Prefecture, is a facility where you can enjoy observing the process of Aizome and the making of Awa-wasanbon sugar, as well as hands-on experiences.

Items Made With Aizome

Aizome products range from hand towels, yukata, purses, stoles (shawls), dresses, and masks.
They are available at shops at the craft museums and online shopping sites.

The Process of Aizome - Learning From the Aizome Experience Video

"Ai-Shiru" (indigo liquid) is used for Aizome.
From 0:19 in the video, you can see how a pattern is made by rolling the cloth around the chopsticks and squeezing it with rubber.
Next, the cloth is soaked in the Ai-Shiru for approximately 60 seconds.
You can see this step at 1:53 in the video.

The process of taking it out of the Ai-Shiru and exposing it to air for roughly 60 seconds is repeated several times.
When the fabric is sufficiently dyed with the Ai-Shiru, it is rinsed and then ironed.
And the handkerchief is completed!
No two pieces are the same when made with Aizome.
You can see the completed work at 1:44 in the video.

Aizome has a long history as one of Japan's traditional cultures.
If you're interested in learning more about this beautiful culture, consider visiting one of the facilities listed above and trying an Aizome experience. Don't forget to check their business hours and details.

For those unable to visit the facilities, be sure to watch the video to see what Aizome is all about!