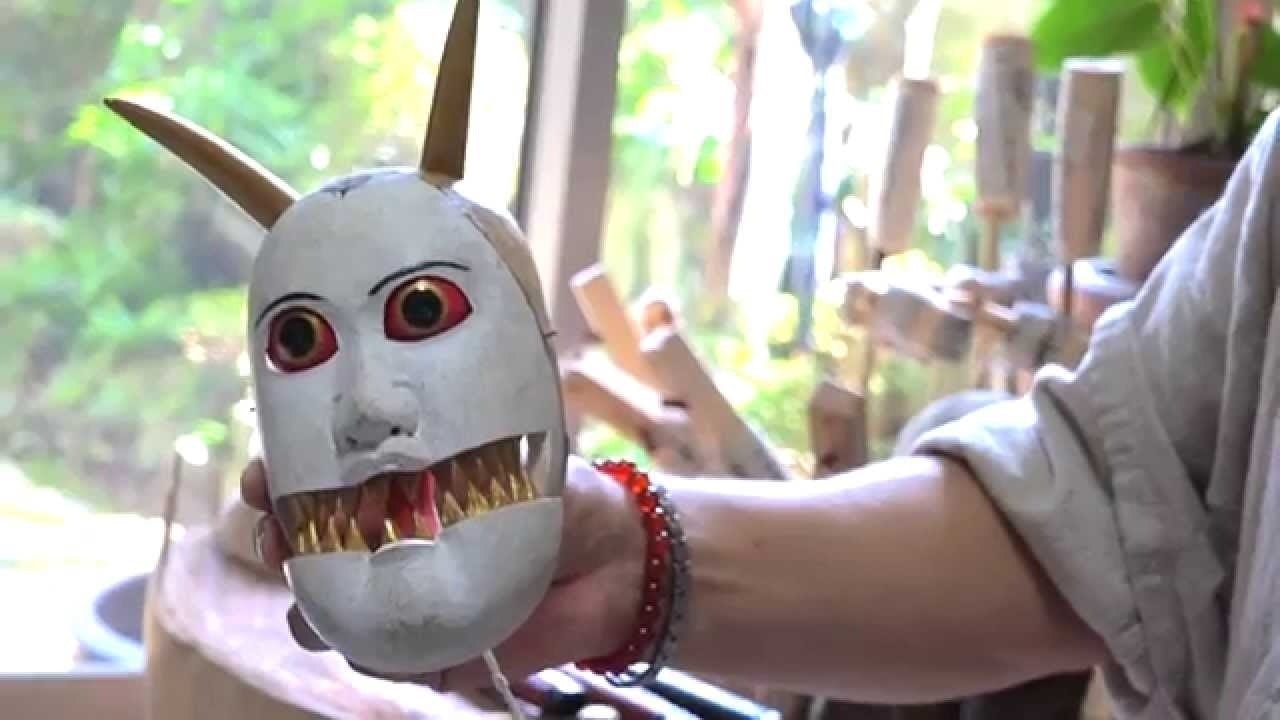 This video is an interview with Amari Yoichiro, an Awa Deko craftsman who is known by the name "Ningyo Yo" (Yoichiro).
In the interview, he talks about interesting stories and how the heads are made.

Bunraku, also known as Ningyo Joruri, is a form of traditional theater Japanese puppet.
"Bunraku" has been registered as a UNESCO Intangible Cultural Heritage, and Ningyo Joruri has received a lot of attention.
Let's take a look at the interview with "Ningyo Yo," an Awa Deko craftsman who inherited the traditional performing art, Ningyo Joruri.
After watching this video, you'll surely be captivated by Ningyo Joruri.

Ningyo Yo (Yoichiro Amari), interviewed in the video, was born in Tokushima Prefecture, Shikoku in 1945. In 1974, he entered Ningyo Tsuneo and honed his skills as a specialist in making Ningyo Joruri.
In 1984, he was certified as an Awa Deko Ningyo Production Preservation Society (master), and in 2006, he was recognized as a Tokushima Prefecture Outstanding Technician "Master Craftsman of Awa" by Tokushima Prefecture

In 2007, he was appointed as the Awa Deko Ningyo Writers Association (Vice Chairman), and is currently active as the Awa Ningyo Joruri Promotion Association (Director).
The technique of making cleverly designed dolls based on photographs and other information is highly regarded, and he receives requests to make and restore dolls from all over Japan.

In the video, you can see the contraptions that give the dolls their detailed expressions at 0:14.

What Is Ningyo Joruri and When Did It Start?

Ningyo Joruri is a play in which the music from gidayu-bushi is performed together with shamisen and puppets.
The stories are presented in a fun way with narrative and other elements.

Ningyo Joruri started at the end of the Azuchi-Momoyama period more than 400 years ago and developed in the early Edo period.
Later, Gidayu Takemoto, a native of Awaji Island, founded the Bunraku Theater in Osaka's Dotonbori district, where the theatre's form was developed and it spread around Osaka as "Bunraku."
Among the many performances, "Sonezaki Shinju" (The Love Suicides at Sonezaki), which depicts the hearts of men and women by Chikamatsu Monzaemon, is one of the most representative performances.
The skillful manipulation of the puppets using wigs, props, swords, fans, umbrellas, etc. has been accepted by the common people and is loved by many even today.

In 1955, it was designated an Important Intangible Cultural Property of Japan, and in 2008, it was registered as an Intangible World Heritage under "Bunraku," and its name has spread throughout the world.

In this article we introduced Ningyo Joruri. The puppet theatre, which started as a form of entertainment, has attracted a lot of attention worldwide in modern times.
It has also attracted many people in places such as Kyoto, as a Shinto ritual.
There is also a Kabuki performance from Ningyo Joruri.
We hope this video has sparked your interest in the history and culture of Ningyo Joruri.

At the National Bunraku Theater and the National Theater of Japan, it's easy for beginners to puppet theatre to watch as there are earphone guides to help you understand.
Why not enjoy some traditional Japanese puppet theatre and make your experience in Japan even more memorable?