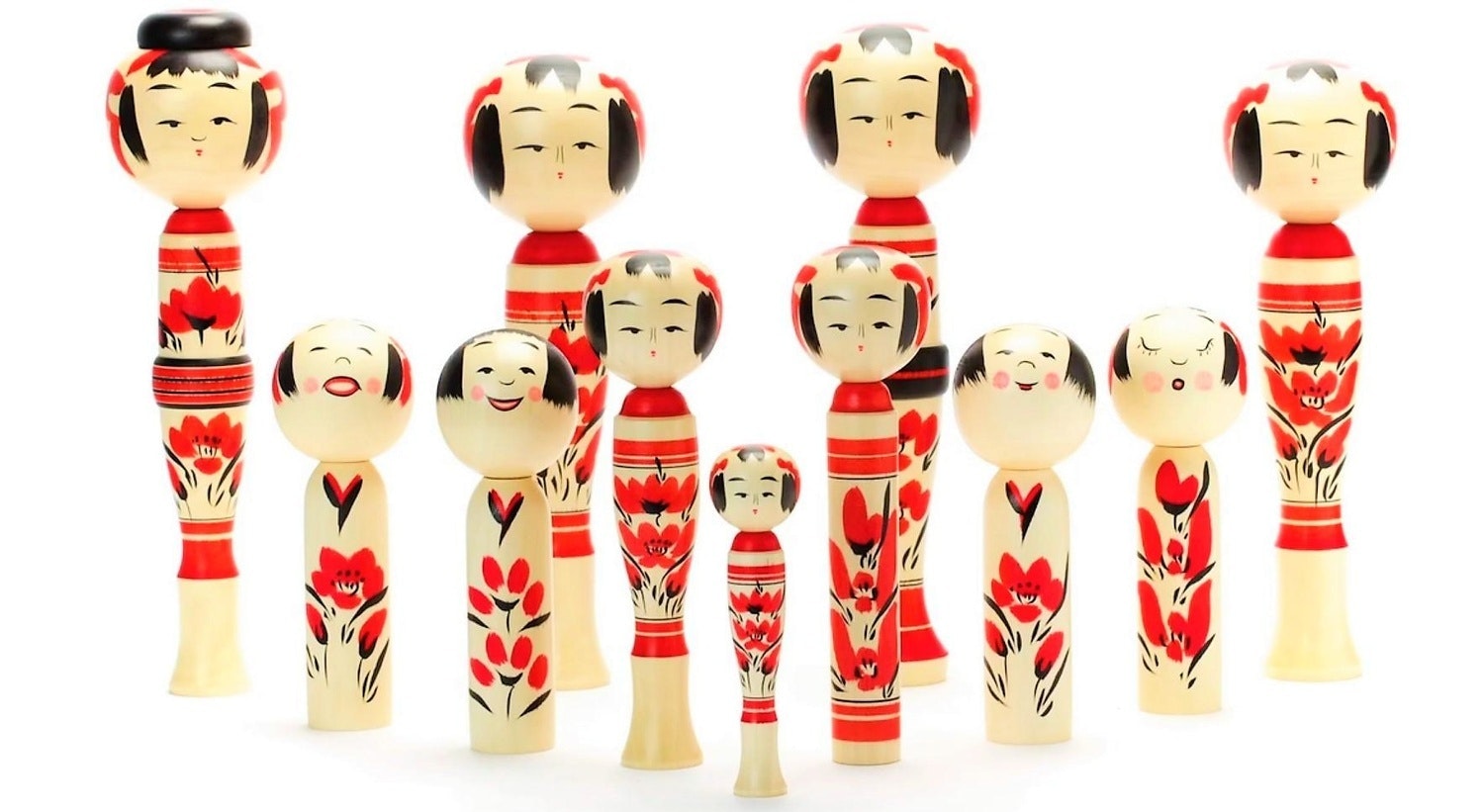 The video introduces you to Kokeshi doll craftsman, Akira Suzuki from the Ganguan Kokeshi Doll Studio at the Akiu Crafts Centre at the Akiu hot springs in Sendai City, Miyagi Prefecture. He has been working on the restoration of Enakichi Kokeshi dolls by Meiji Period craftsman Enakichi Takahashi.

In the interview, Akira Suzuki explains the characteristics of Kokeshi dolls and the tradition that he has been passed on.
Watch the video to enjoy the traditional Japanese culture that has been pass down for generations.

Kokeshi dolls are popular wooden toys with a simple shape, generally consisting of a spherical head and a cylindrical body, which are used and sold for girls to play with.
The body is made in a shape that can be easily held by children.

One of the origins of the word, Kokeshi doll is said to be "Kohukeshi," a nickname for them in the Naruko region.
Kokeshi dolls have various regional names such as Kiboko, Deku, Kogesu and Hohko.
In 1940, at the first local meeting of the Tokyo Kokeshi Society, researchers and artisans debated on the name for the doll and finally decided on "Kokeshi."

As seen from 0:33 in the video, the characteristics of Sendai Kokeshi dolls are their thinner lower bodies that can easily be held and the simple use of black and red colors.
In addition to traditional Kokeshi dolls, Akira Suzuki also creates pretty Kokeshi dolls such as Hyakuso Kokeshi doll shown from 0:57 in the video.

Some Kokeshi dolls are made using the traditional techniques and skills passed down through many generations and have maintained their original shapes.
Others have a more modern look to suit current tastes, with variations depending on people’s interests at the time of creation.

How Kokeshi Dolls Are Made

Kokeshi dolls use mainly Cornel and Japanese Maple as materials. It requires the skills of a master craftsman.

Production Step 1 - Tamakiri (Crosscutting) and Kidori (conversion)
Cutting the dry timber to the suitable length is called Tamakiri, while adjusting the shape of the timber suitable for use for Kokeshi dolls is called Kidori.
You cut the timber with a tool such as a saw, then make it into a cylindrical shape by cutting off the corners. This is the foundation of Kokeshi dolls.

Production Step 2 - Wood turning (~0:14）
Set the head and body on the lathe and use a plane to shave the wood.

Production Step 3 - Finalizing the shape
Once the wood is ground to a certain shape, it is cut and shaped with a finishing planer called a "Bankaki."
Next, you use sandpaper to smooth the surface.

Production Step 4 - Painting (~0:41)
Using the lathe, draw lines on the body and add a face on the head carefully.

Production Stage 5 - Finish
Make a hole in the head and attach it to the body.

Other Information About Kokeshi Dolls

Summary of the Sendai Kokeshi Dolls

In the interview (~1:24), Akira Suzuki says, "You can’t keep the tradition alive just by passing it down. We conserve our tradition through innovation."

Kokeshi dolls have been popular as a children’s toy for many years. Nowadays, they are popular overseas as souvenirs and collectibles from Japan.
If this video has you interested in Tohoku Kokeshi dolls definitely visit the Nihon Kokeshi Doll Museum in Naruko Town.
We highly recommend it!
Mr. Akira Suzuki looks rather serious in this video's interview, but at the end of this 2 minute video you can tell he is full of love for Kokeshi dolls.
By the time you finish this video, we're sure you'll be a fan of Kokeshi dolls too!