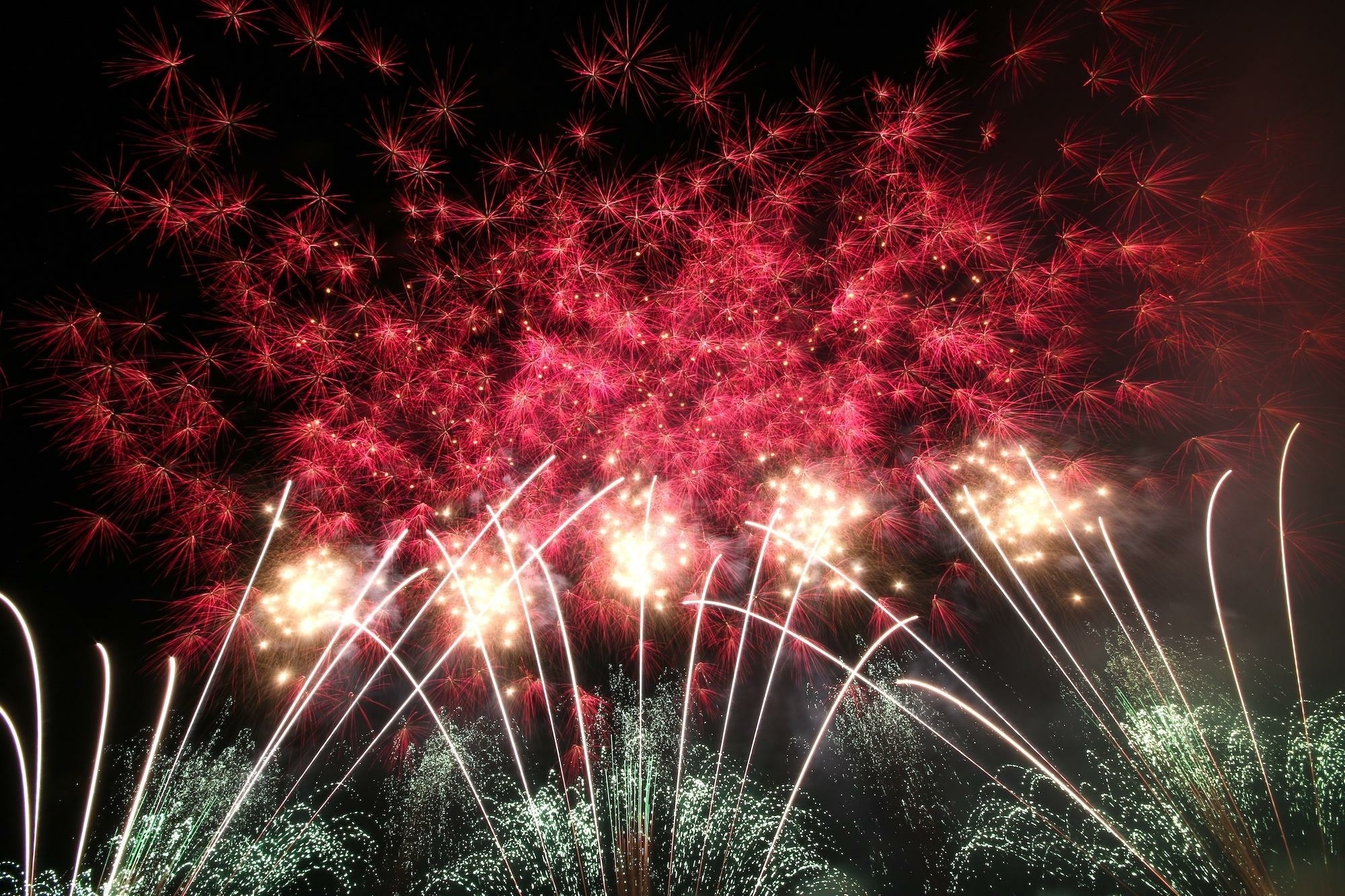 Ueda, Nagano – The Town and the History of Shinshu Ueda Fireworks Festival

Photo：Ueda from the Arato Castle Ruins

Ueda, Nagano, located in Japan's Koshin'etsu region, is known as the birthplace of the three generations of Sanada, one of the most influential clans in Japanese history, and is a popular tourist destination with its historical and cultural heritage, magnificent nature, and hot springs that can be enjoyed in Japan's four seasons. The historical atmosphere of the city has led to it being used as a filming location for movies and TV dramas.
Since it was the setting for the animated movie Summer Wars, some fans go on a tour of the places that served as models in the movie itself.

The Shinshu Ueda Fireworks Festival is held every year on August 5 from the banks of the Chikuma River (Shinano River) in Ueda, Nagano, and usually attracts more than 100,000 spectators.
After being cancelled for two years due to the novel coronavirus pandemic, the 35th annual fireworks display was scheduled to be held in 2022.

The Shinshu Ueda Fireworks Festival, which has become a summer tradition in Ueda, Nagano, is made possible by the advanced technology of three local firework companies. Normally, 3,000 stars are packed into a firework shell.
If even a few of them are out of alignment, the resulting explosion will be lackluster.

It is no exaggeration to say that the Shinshu Ueda Fireworks Festival is a success due to the incredibly skilled pyrotechnicians.

The Shinshu Ueda Fireworks Festival – Up Close and Personal

The Shinshu Ueda Fireworks Festival is a popular fireworks display in Nagano Prefecture because of its diverse program. The night sky is completely lit up as approximately 10,000 fireworks of various sizes are launched, centering on the gorgeous starmine and musical fireworks.
In addition, the finale, a series of launches, is a spectacle that captivates the audience. The powerful music and the continuous launching of fireworks herald the arrival of summer in Ueda.

One of the reasons why the Shinshu Ueda Fireworks Festival is said to be so powerful is that the spectator seats are close to where the fireworks are launched. Because of the proximity, the spectators are sometimes sprayed with sparks from the fireworks.

The 31st Shinshu Ueda Fireworks Festival in 2018 was broadcast live on the Internet.
The popularity of the event can be seen in the many photos and videos posted on Japanese Twitter as well.

If you would like to experience not only the beauty of the fireworks seen in this video of the Shinshu Ueda Fireworks Festival, but also the power sounds and vibrations, considering seeing the fireworks in person.