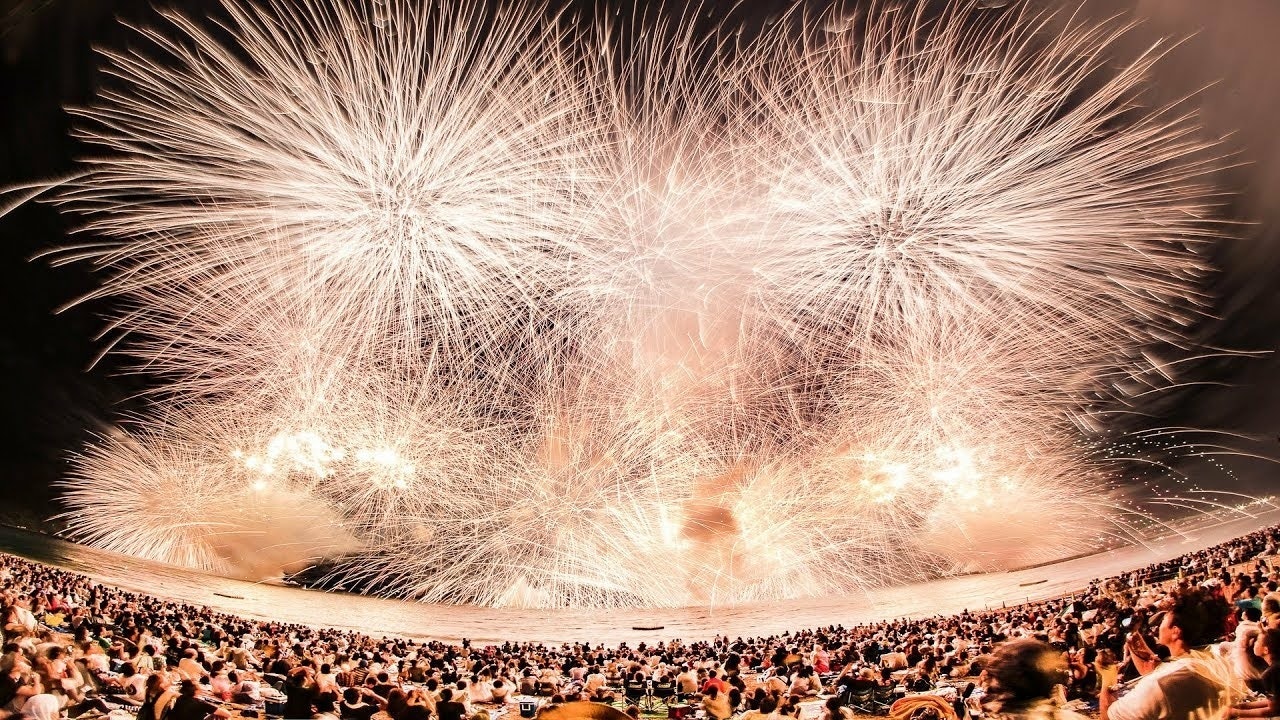 This video introduces the 69th Annual Tsuruga Lantern Float and Fireworks Festival, which has massive fireworks displays!
The Tsuruga Lantern Float and Fireworks Festival is a fireworks festival held on August 16 every year at Matsubara Beach in Tsuruga City, Fukui Prefecture, and is considered to be one of the major events among the citizens.
It is one of the largest fireworks festivals in Japan, with more than 10,000 fireworks, which are a spectacular sight. If you can watch the many fireworks being shot off with a loved one, it's sure to create memories that will last a lifetime.

Be sure to check out the amazing fireworks display in the video!