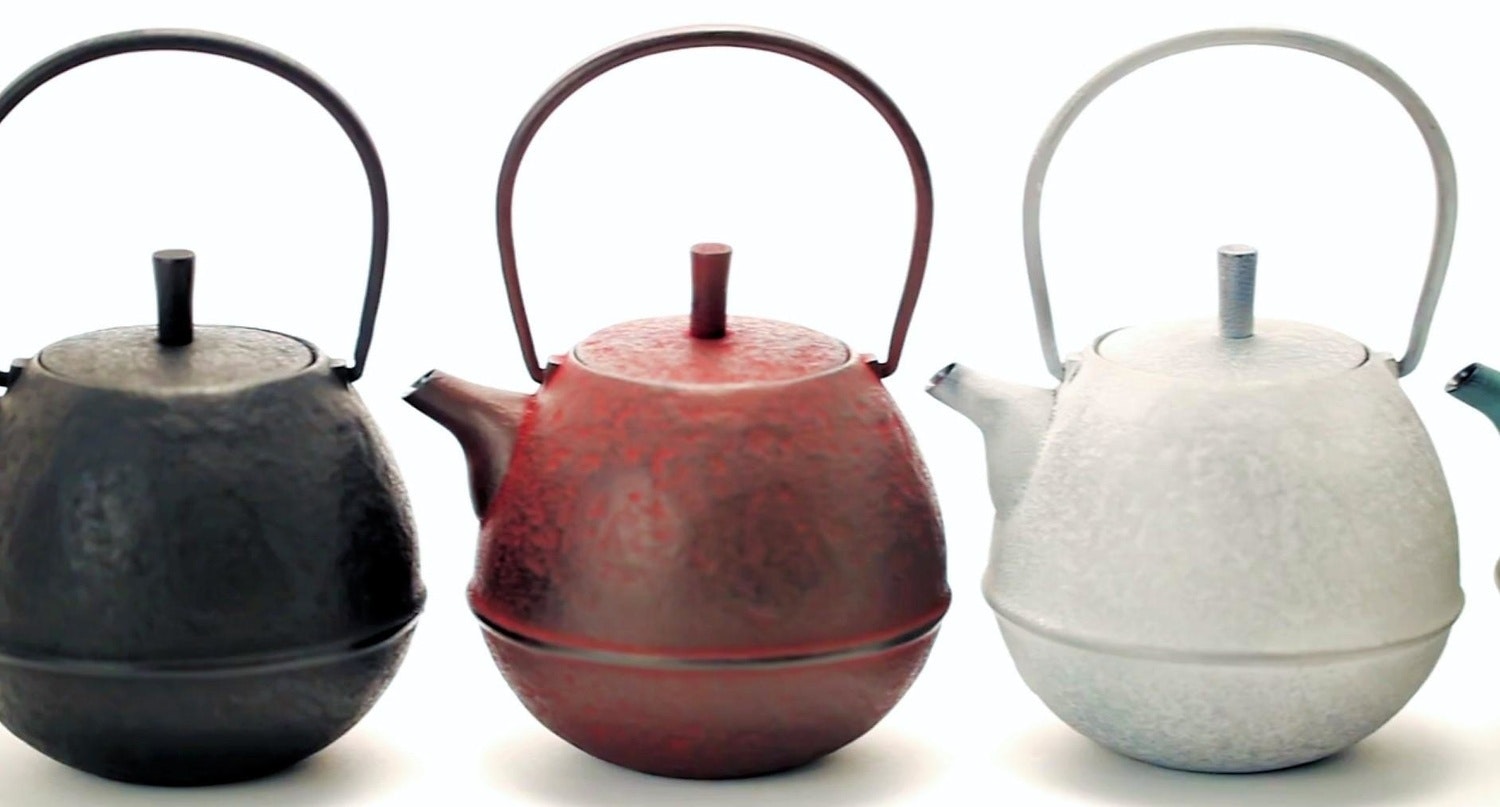 An Introduction to Nanbu Tekki ironware

In the video, we introduce you to Nanbu Tekki ironware through an interview with Hisao Iwashimizu, an ironworker from Kukan Chuzo Studio.
Enjoy the historic, traditional Japanese craft shown in the video!

What is Nanbu Tekki ironware?

There are many Nanbu Tekki ironware products such as pots, cauldrons, wind chimes, candle stick holders, tea kettles, frying pans and kettles. The most famous ones are iron tea kettles used in tea ceremony.
It is said that these iron kettles originated when the 28th lord of the Nanbu domain, Shigenao Nanbu , invited Nizaemon Kiyotaka Koizumi of Kyoto to make a chagama with high quality iron.
As it was initially used as a tea cauldron, there was no spout nor handle at its conception. After many improvements, the current unique style of tea kettles with a spout and handle was born. It can be seen from 0:47 in the video.

By using Nanbu Tekki ironware, you can supplement your iron intake which most people tend to be deficient in.
Supplementing iron helps in recovery from stiff shoulders, and, as you probably guessed, prevents iron deficiencies.
One benefit of boiling tap water in Nanbu Tekki ironware is that most of the chlorine is removed in the process.

During World War II, development of arms was given the highest priority and Nanbu Tekki ironware faced a crisis as the production became prohibited in Iwate Prefecture. After the war, it made a comeback, and it was given the status of a "National Traditional Craft" in 1975.

How to Make Nanbu Tekki Ironware

Be sure to follow along from the start of the video!

Step 2. Pattern pressing
Before the casting mold dries, use a tool such as a spatula to draw patterns such as hailstones, tortoiseshells, pine trees, cherry trees, flying dragons, or hills and water.

Step 3. Heating the mold
Bake the casting mold at 1,400°C with charcoal.

Step 4. Melting
Increase the temperature of the blasting furnace from 1,400 degrees to 1,500 degrees. Pour the melted iron into the casting mold.

At 0:41 in the video, iron worker Hisao Iwashimizu says "I want to recreate the history of Nanbu Tekki ironware as a simple everyday tool."

From 0:52 in the video, he also says, "I have launched a product called Yakihada Migaki, where I shave the ironware that has come out of the mold and make it into the form I have in mind." He explains in the interview that he is creating products that have never been made in the history of Nanbu Tekki ironware.

You may wonder what happens if it gets rusty. With Nanbu Tekki ironware, you can still use it even if it rusts a little. As long as you look after it, you should be able to use it for life.

Be sure to take a look at the video on Nanbu Tekki ironware. It's very popular among people both inside and outside of Japan.