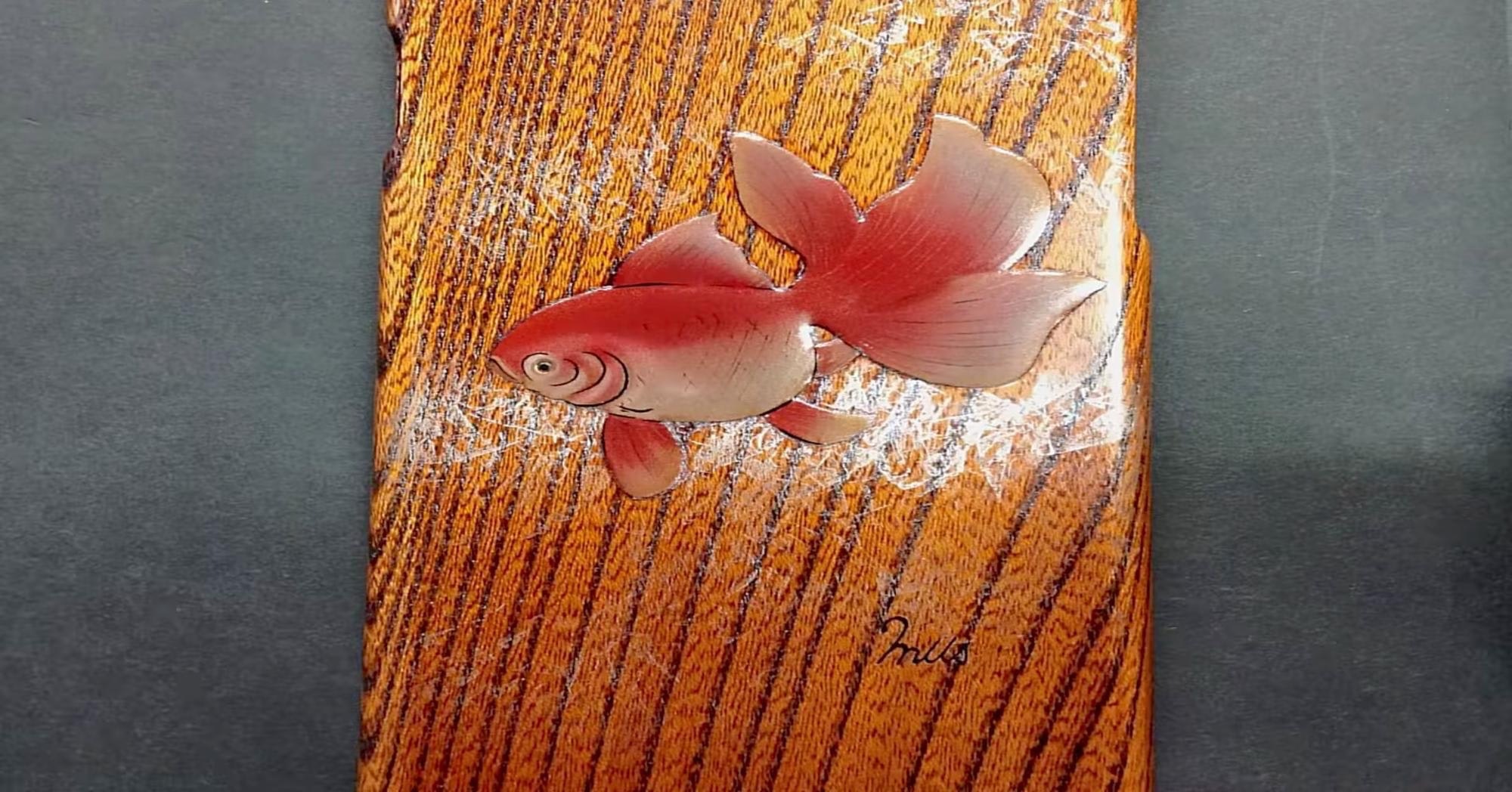 The video shows how Mitsuru Yamashita, a lacquer artist from Wajima City, Ishikawa, who is famous for producing lacquer, paints a beautiful goldfish on an iPhone case made of zelkova.
It looks real enough to swim away!

Maki-e, a traditional Japanese craft, is a lacquerware technique, that has been handed down since ancient times in Japan.
It's a decorative technique that involves drawing a pattern on lacquerware or wood with lacquer or applying metal powder such as gold, silver, and tin on it before it dries.
Lacquer is a natural paint made from the resin of plants of the Anacardiaceae family and has a culture and history of being used in architecture, furniture, stationery, etc. in Japan.

Lacquered products are manufactured by division of labor, and the craftsmen who apply the decorative Maki-e designs are called "Maki-e-shi" (蒔絵師).
In this video, you can see the techniques of the lacquer artist and the time and process required to make the Maki-e goldfish on the iPhone case.
In recent years, "Maki-e" products are seen not only as traditional crafts, but products with Maki-e on ballpoint pens, fountain pens, accessories, stickers, etc. have become common as well.
These are objects that can be used daily in modern life and are a way to implement a part of Japanese culture and traditional Japanese crafts into your everyday life.

Maki-e, A Traditional Japanese Craft: How It's Made

In this video, they begin by designing the goldfish, which can be seen from 0:07 in the video, then copying the sketch called an "Okime" on the zelkova iPhone case, applying lacquer with a Maki-e brush, and then sprinkling it with metal powder and then drying it.
At the end, they apply "fuki urushi" (wiping lacquer) to the zelkova iPhone case in order to finish it with a beautiful glossy transparent wood grain.
You can see the beautiful shining Maki-e design and the finished product, from 1:54 in the video.

The finished lacquer gives off a beautiful luster, and you can experience the beauty of traditional Japanese Maki-e and the magnificence of handicrafts in Japanese culture.
Maki-e is categorized into several types depending on the process used, including "Hira Maki-e," "Togidashi Maki-e," "Taka Maki-e," and "Shishiai Maki-e."
The technique that is seen in the video is "Taka Maki-e" and the lacquer is raised to draw a pattern and express it in a relief shape.
The goldfish that rises smoothly from the wood is three-dimensionally expressed by the unevenness of the lacquer, and it is characterized by the deep color of the lacquer that has been applied many times.

Summary of Maki-e, A Traditional Craft That Conveys Japanese Culture

Videos like this, where we can learn about traditional Maki-e techniques and how to use them, are important in passing down the traditional craft to future generations so they may cherish it like their ancestors did before them.