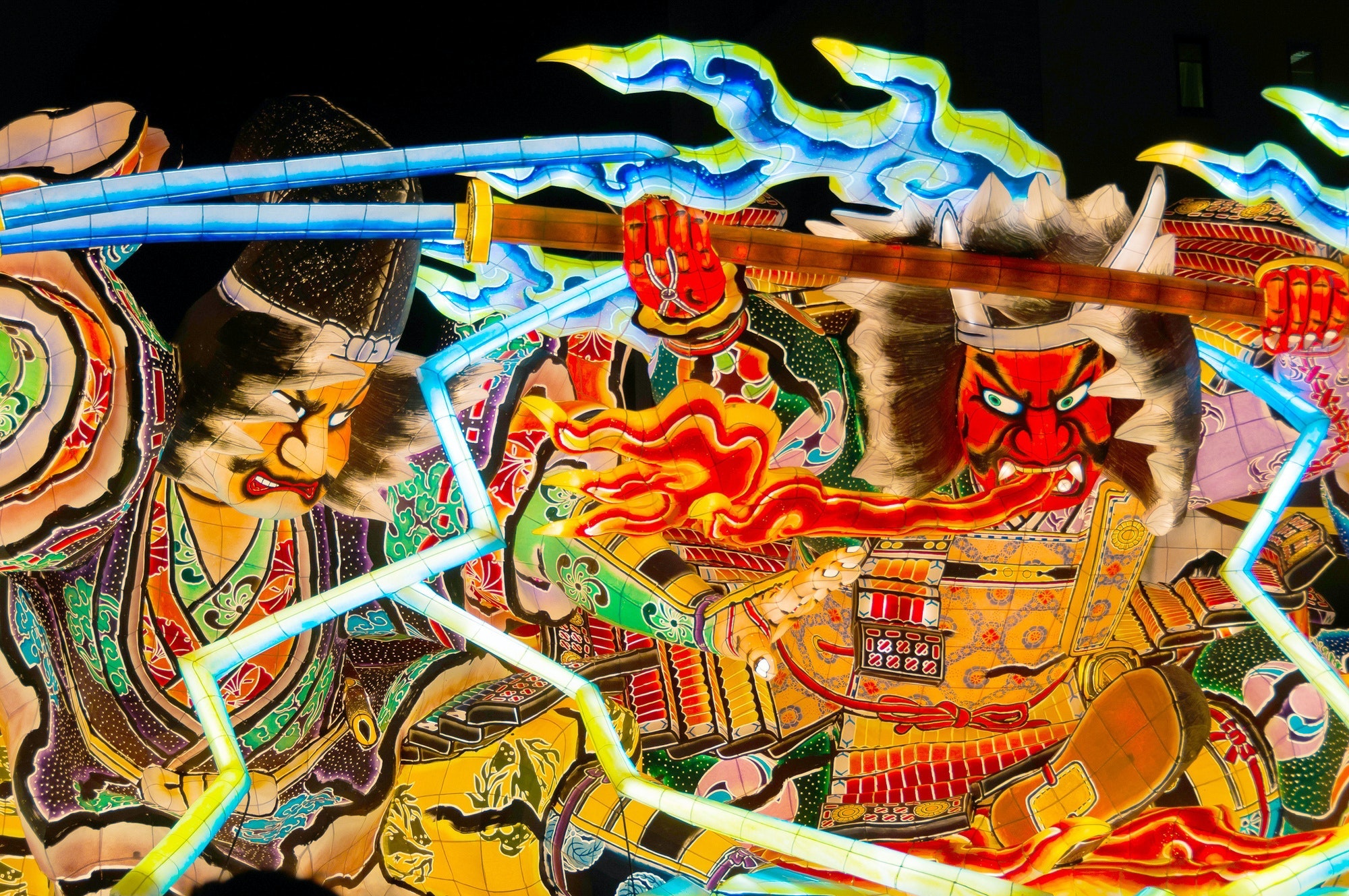 What is a Nebuta Craftsman?

This video, titled “#003 Kenta Tatsuta, Nebuta-shi｜Door to Tomorrow by At Home” (#003 ねぶた師 立田 健太 | 明日への扉 by アットホーム), was released by “Door to Tomorrow by At Home” (明日への扉 by アットホーム).
This video introduces the artisans who make the huge floats, "Nebuta," that parade through the city and are the main attraction at the famous Nebuta Festival in Aomori Prefecture.
Since ancient times, the Tanabata Festival has been an annual event held in Japan to celebrate the seventh day of the seventh lunar month.
The "Nebuta Festival" and "Neputa Festival" held in Aomori Prefecture have also been held as part of this Tanabata event.

The History of the Nebuta Festival

Today, the Nebuta festival is recognized as an Important Intangible Folk Cultural Property.
The meaning of Nebuta/Neputa is "sleepy" and actually written using the same kanji (眠た).
In the Edo Period, a festival called "Nemuri-nagashi" (眠り流し) was held in many places to lull people to sleep during the summer.

The Nebuta Festival has the same origins as Sendai's Tanabata Festival, Akita's Kanto Festival, and Fukushima's Nemuri Nagashi.
During the Edo period, Aomori Prefecture was divided into the Nanbu Domain and the Hirosaki Domain (Tsugaru domain).
In the Nanbu Domain, the word "Nebutai" was used to describe sleepiness, and in Hirosaki, the word "Neputai" was used, which led to the distinction between the Nebuta and Neputa Festivals.

How Nebuta Are Made

Photo：How nebuta are made - pitching a tent, Aomori Prefecture

Nebuta feature samurai paintings based on traditional Japanese myths and folk tales.
They are characterized by the use of poetic justice to defeat demons and evil spirits at decisive moments.
In the video, starting at 5:16, you can see how Nebuta are made by the young Nebuta craftsman "Kenta Tatsuta" who apprenticed himself to Nebuta master "Ryusei Uchiyama" at the age of 14.

Here, we’ll give a brief introduction of the work of a Nebuta craftsman.
・The Making of Nebuta, Step 1 - Materials and Rough Sketching
The rough sketches are the blueprints for the Nebuta.

・The Making of Nebuta, Step 2 - Pitching a Tent
A tent is built for the production of Nebuta.
The purpose of this is to prepare the details using wood, frame it using wire, color it, and then store the finished Nebuta.

・The Making of Nebuta, Step 3 - Electrical Wiring
Since the Nebuta Festival is a nighttime festival, light bulbs are installed inside the floats so that the samurai stand out against the night sky.

・The Making of Nebuta, Step 4 – Kamihari (紙はり)
Washi paper is pasted onto the completed framework.
At this point, the whole picture becomes a little clearer.

・The Making of Nebuta, Step 5 – Kakiwari (書割)
The outline of the samurai is drawn on the paper pasted with ink.
This is a very important process and has long been considered a task that only Nebuta craftsmen can perform.

・The Making of Nebuta, Step 6 – Rokaki (ろう書き)
A special material made of melted paraffin is used.
Where paraffin is applied, the paper becomes translucent and bright.

・The Making of Nebuta, Step 7 - Coloring
The remaining paper is colored.

・The Making of Nebuta, Step 8 – Daiage (台上げ)
The completed Nebuta is placed on a platform with wheels.
A large group of people (around 50) carefully take the work outside.
At 8:00 in the video, you can see an incident where a mistake is made and the work has to be repaired.

However, as the Nebuta Festival became a Japanese festival known on a global scale, and as Nebuta production techniques gradually became more sophisticated, the number of Nebuta craftsmen became fixed and professional Nebuta craftsmen were born.
The Nebuta Festival is a festival where gallant Nebuta performances parade through the streets, jumping up and down to the musical accompaniment, but it's also a competition to determine the best Nebuta.
Nebuta craftsmen who create outstanding Nebuta works are honored as "Masters."

Summary of the Nebuta Festival – A Popular Event in Aomori Prefecture

We want people to know that it's only with the help of the people behind the scenes, such as the Nebuta craftsmen, that the magnificent and gorgeous Nebuta Festival can be held.
At the same time, the Nebuta Festival holds a beauty contest to select Miss Nebuta.
The woman who wins the Miss Nebuta award will lead the Nebuta during the festival, adding to the festivities!