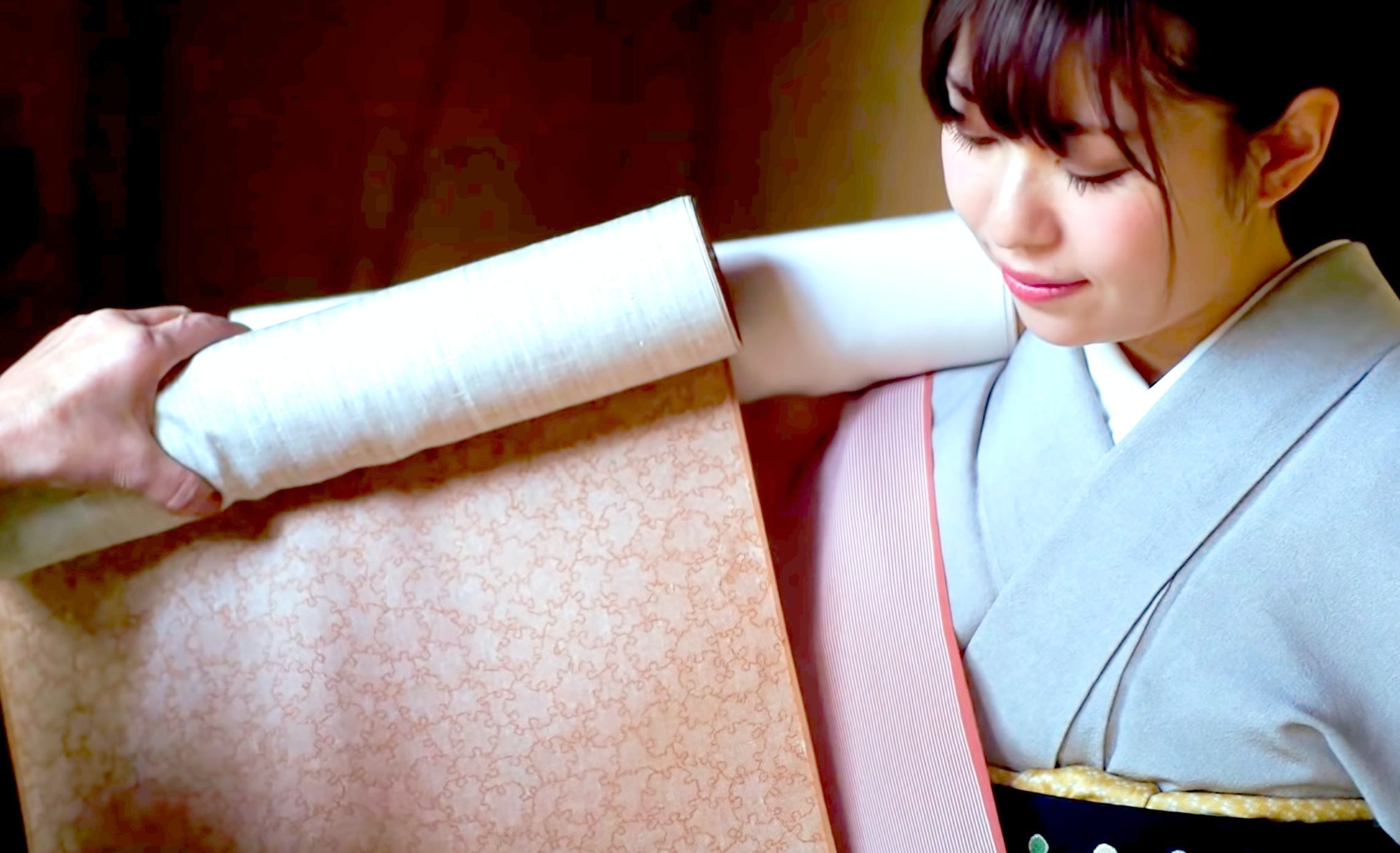 An Introductory Video on "Tokyo Some-Komon," a Traditional Japanese Craft

Tokyo Some-Komon, the traditional Japanese craft introduced this time, may be more familiar to those living in Tokyo or the Tokyo metropolitan area.

A Closer Look at Tokyo Some-Komon, a Traditional Japanese Craft

Tokyo Some-Komon is a traditional craft that encompasses a wide range of items, from luxury garments, such as kimono and obi, to everyday items such as furoshiki and folding fans.
Clothes and kimonos made via the outstanding artisanship and carefully hand-dyed not only on pure silk and cotton but also on handmade Japanese paper, have been highly valued as works of art; and many Tokyo Some-Komon craftsmen have been awarded the Order of Culture.
The raw materials used for dyeing include astringent persimmon juice, which has antibacterial and deodorizing properties.

Since each piece is handmade by craftsmen, it cannot be mass-produced.
There are some workshops where you can experience Tokyo Some-Komon, so consider giving these a visit.

"Komon" is a small pattern drawn on the paper stencil which can be seen from 0:26 in the video.
The history of Tokyo Some-Komon dates back to the Muromachi Period (1336-1573) and spread during the Edo Period (1603-1868).
Dyeing craftsmen gathered in Edo (today Tokyo) to compete with their techniques, and because the crafts popularity blossomed in Edo, it was nicknamed Edo Komon.

The Making of Tokyo Some-Komon

[Step 1: Making the Paper Pattern] The stencil is made of handmade Japanese paper laminated with astringent persimmon.
Ise-katagami (made in Suzuka, Mie) is used for Tokyo Some-Komon.
On the paper pattern, starch is applied to the parts that will not be colored when dyeing.
When the starch is washed off after dyeing is completed, the parts covered with starch will remain white, creating beautiful patterns.
After applying the starch, the pattern is dried.

[Step 2: Colored Paste] (Video: 1:03 ～)
Colored starch is formulated by mixing salt with glutinous rice and rice bran and steaming it, and then kneading the color with dye.
Since the color and finished color of the dye are different, the formulation requires a high level of craftsmanship.

[Step 3: Stenciling] (Video: 2:01 ～)
Colored paste is applied to the fabric with a spatula.
This work is sometimes called "shigoki."

[Step 4: Steaming]
Before the colored paste dries, it is folded into layers and placed in a steaming box to steam it.
From here it is steamed for 15 to 30 minutes while the temperature is gradually raised so that the base color will settle into the material easily.

[Step 5: Washing] (Video: 3:04 ～)
The steamed fabric is then transferred to a water tank and rinsed with groundwater and sawdust to soften the paste.
In the past, many dye artisans in Japan were located along rivers because it was convenient for washing fabrics.

[Step 6: Finishing] (Video: 3:16 ～)
Having been washed with water, the fabric is placed in a spin drier, dried, then finely colored, thus completing the piece.

It's no exaggeration to say that the main characteristic of Tokyo Some-Komon is the density of the Komon designs.
Seen from a distance, it looks like a solid color, but as you get closer, you can see the intricate patterns, which has led to pieces made with Tokyo Some-Komon being referred to as works of art.
From the Muromachi Period to the Edo Period, Japan had a samurai society, and its culture was simple.
For this reason, it is believed that at first glance, a plain small pattern was preferred rather than the ostentatious patterns found in yukata and Kyoyuzen (silk fabrics made in Kyoto).
Looking closer, the fashionable and luxurious dyeing techniques would have been loved by the people of Edo.

Tokyo Some-Komon was designated as a National Traditional Craft by the former Minister of Economy, Trade, and Industry in 1974.
Today, the craftsmanship is used and loved in a wide range of fields such as scarves, lampshades, and traditional handicrafts using handmade Japanese paper.