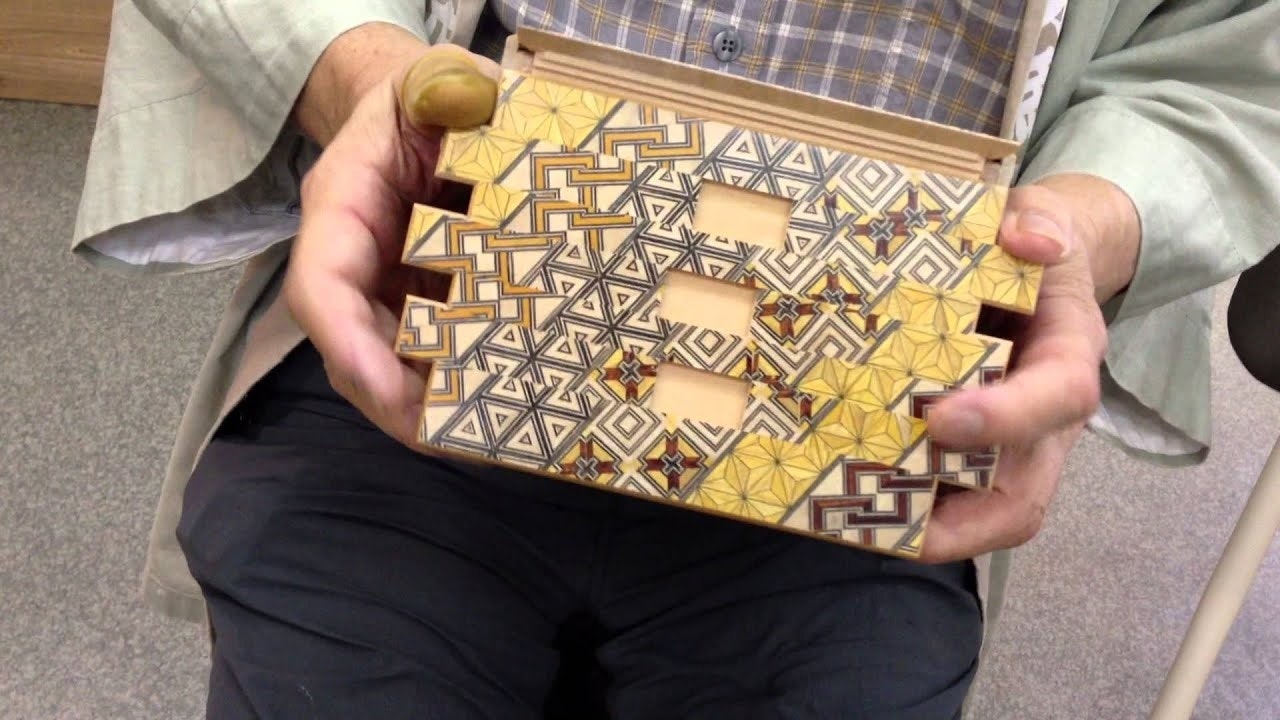 It is thought that the first Japanese puzzle box was made in Hakone at the end of the 19th century.
Yosegi-zaiku, a traditional Hakone technique, is used to decorate the box, which needs to be solved to open it.
In this video, the box has 72 different mechanism that must be solved in order to open it.
The parquet should have been pulled outward at first, but around the 50th mechanism, there's a pushing motion making it difficult for the viewer to understand what's happening at first glance.
There was supposedly 72 mechanisms to be solved to open it, but there's one extra at the end!